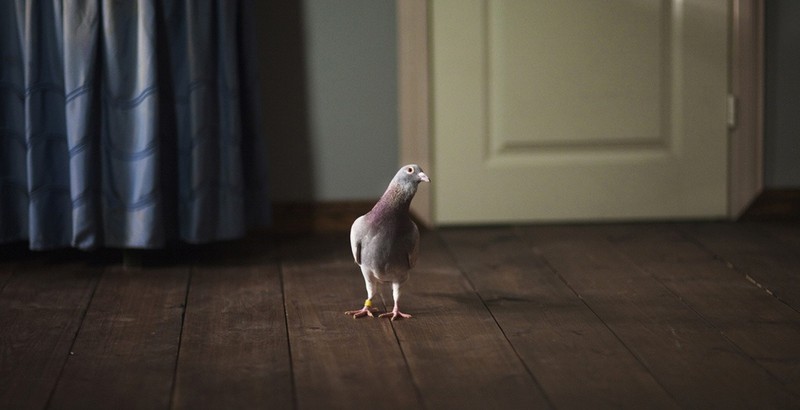 The space that equally belongs to visual art and cinema has for twelve years been a subject for analysis and discussion for the MIFF Media Forum participants – artists, filmmakers, art- and film critics. This year the organizers of this programme have realized probably the most grand-scale project in Media Forum’s history on border-line cinema and video art aesthetics.

The central part of this project is the Expanded Cinema exhibition. Its first part opens on June 13th 2011 at the Moscow Museum of Modern Art, the second part on June 24th 2011 at the Garage Centre for Contemporary Culture.

The exhibition at the Garage will consist of three video installations by the recognized masters of video art: the British artist and filmmaker Isaac Julien, the Finnish artist Eija-Liisa Ahtila and the Chinese artist Yang Fudong. Their work is eagerly accepted at the most prestigious film festivals, their exhibitions are held at world’s major museums – the Tate Modern (London), the Centre Pompidou (Paris), MoMA (New York). This common interest of the worlds of cinema and art towards the works of these artists marks their belonging to the border-line aesthetics of “expanded cinema” which is the Media Forum theme this year.

Isaac Julien (UK) has become famous as a filmmaker, receiving various significant festival awards, notably at the Cannes. In Moscow Julien will present the central part of his project Derek on the life and work of the renowned film director Derek Jarman. Julien decided to show his subject in the context of visual art, presenting Jarman’s works and his own documentary film about Jarman as a video installation in the gallery space and making the viewer analyze it form the point of view of art forms.

The Annunciation to the Virgin Mary is one of the central subjects in the European painting tradition, and in spite of the revision of the very foundations of the visual art in the XXth century video artists have to some extent inherited the traditional Christian imagery and iconography which have formed the Western culture as a whole. The world-famous Finnish filmmaker is also interested in how the Bible imagery functions and becomes relevant today. On three screens Ahtila plays out the story of a woman staging an amateur performance about the Annunciation. The work was filmed on the snowy winter of 2010 in the nature reserve of Aulanko in the south of Finland. It could serve as an example of good auteur film if Ahtila hadn’t drawn the viewer’s attention to the classical characteristics of the film narrative that are being destroyed in her works – the categories of linear perception and cause-and-effect relationship. That’s partly why the Annunciation was chosen as the subject, because of its idea of the miraculous - of what we cannot understand and explain by rational means, but only against our everyday perception.

The Chinese artist Yang Fudong makes his video installations in the style of film-noir. He recreates its atmosphere so that the critics can take pleasure in these aesthetic stills, the vintage exotics of Shanghai, the subtle philosophic questions and vague interplay of light and shadows that hide more than they reveal. The only difference from the cinema screening is that ordinary cinema theaters do not use seven screens simultaneously. These seven screens seem to be able to tell far more than just one, about the old quarters swarming with rickshaws, carriages and cars of the early XXth century, of the characters appearing in the night streets each with his own business, mysterious and romantic purposes. However the viewer doesn’t learn anything clearly as a result. But then the multi-screen mode allows the artist to discourse freely and illustrate the very method of film creation, the limits and clichés of our visual perception.

The three participants of the Expanded Cinema exhibition will conduct workshops, give lectures and show their other works to the Media Forum’s guests. All events of the educational programme and the formal opening of the MIFF programme will be held at the Garage Centre for Contemporary Culture.

Organizers of the MIFF Media Forum: MediaFest and MediaArtLab Centre for art and culture.

Co-organized by: the Garage Centre for Contemporary Culture, Moscow Museum of Modern Art.