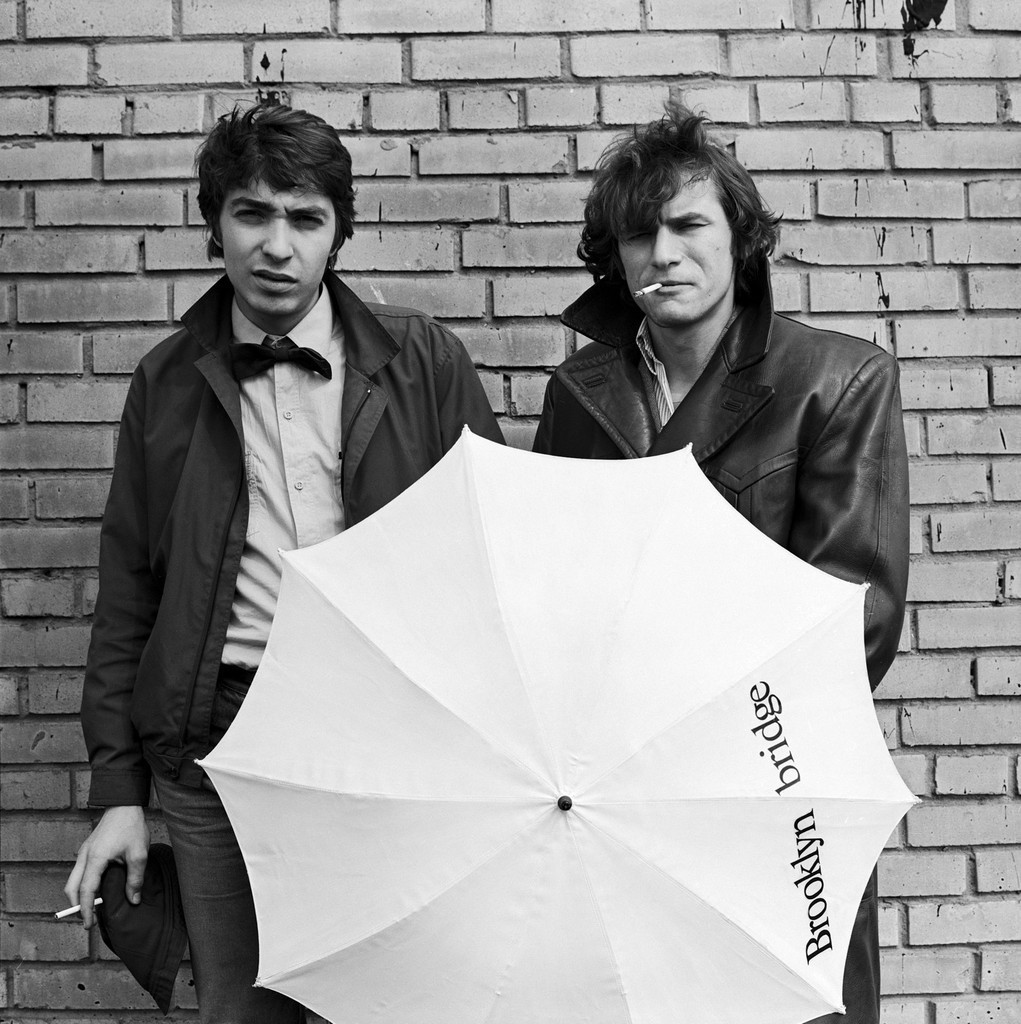 Vadim Zakharov & Viktor Skersis
From the series “Love me, Love my Umbrella”. 1984 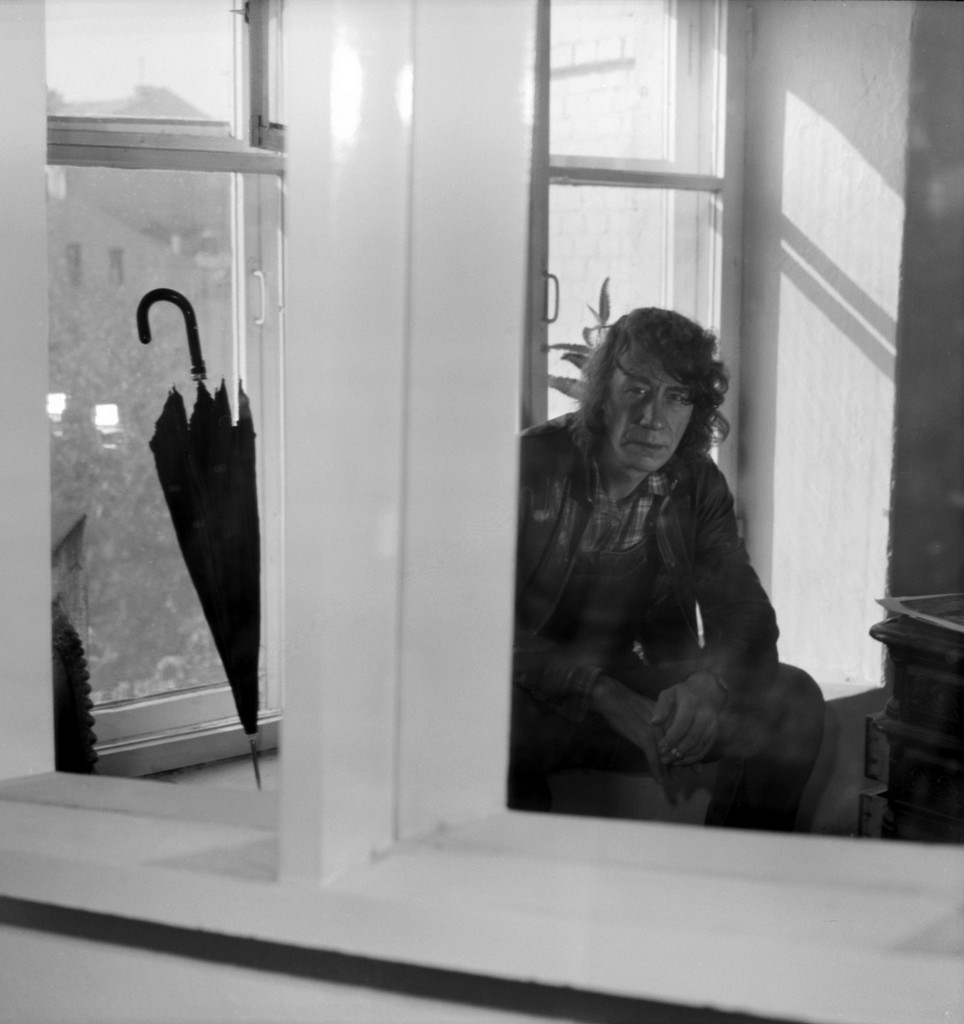 Ivan Chuikov
From the series “Love me, Love my Umbrella”. 1984 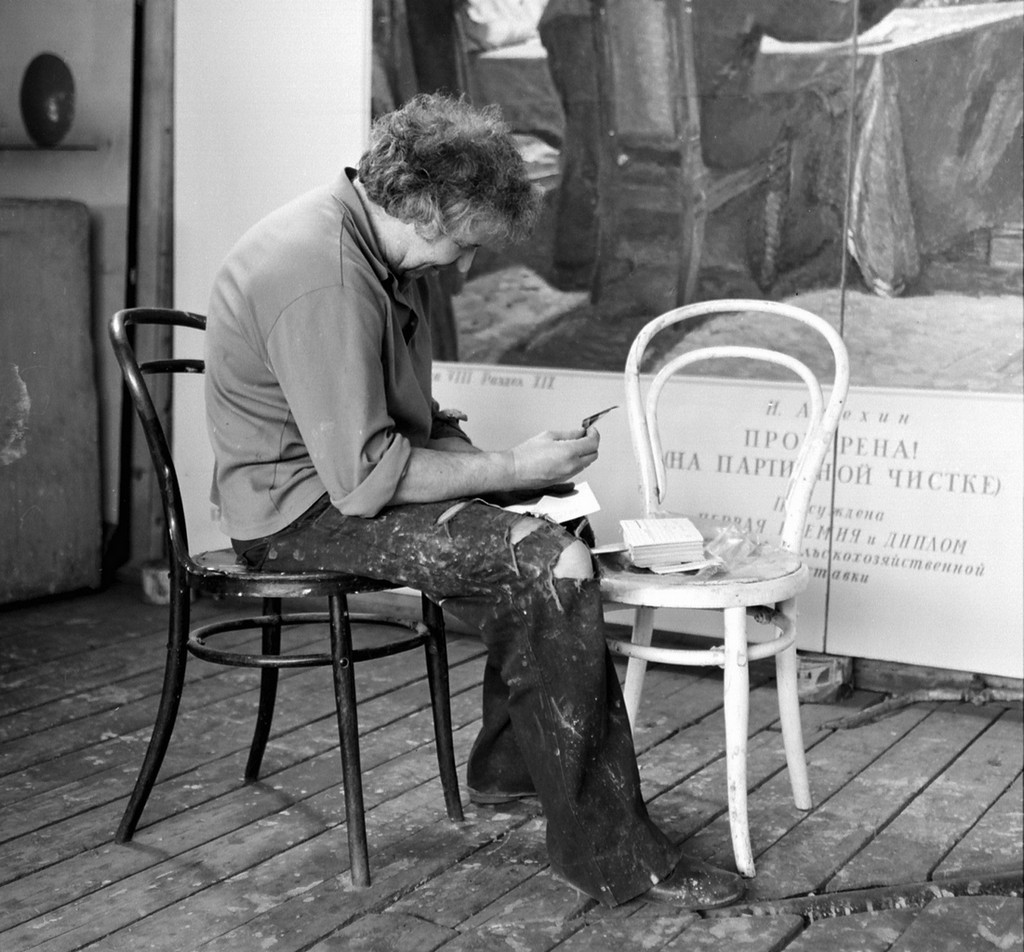 Ilya Kabakov in his studio in Moscow. 1984 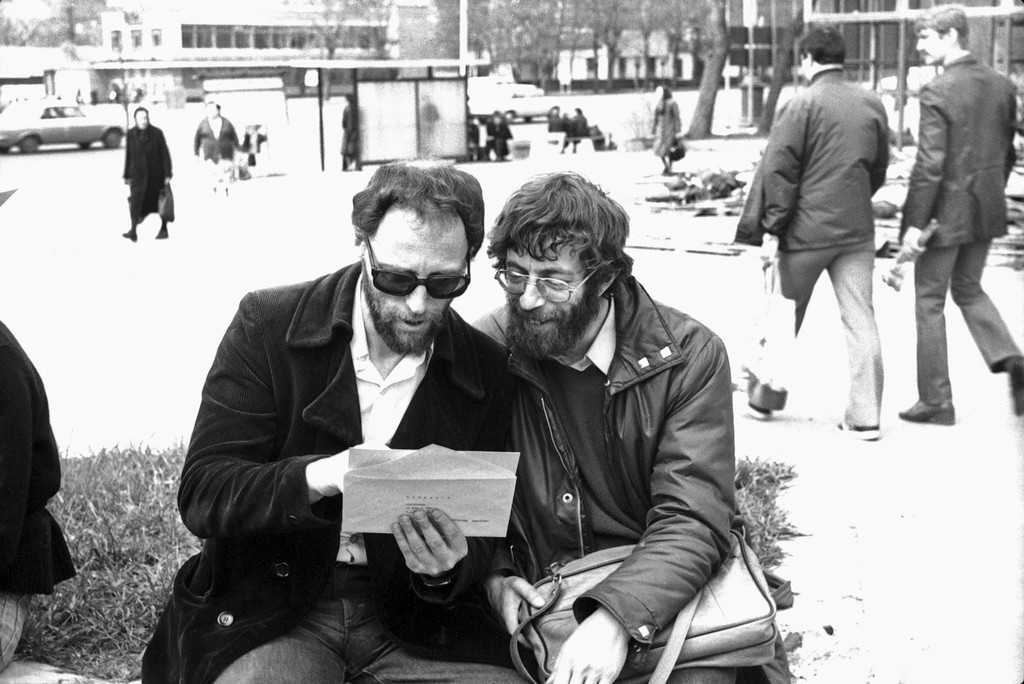 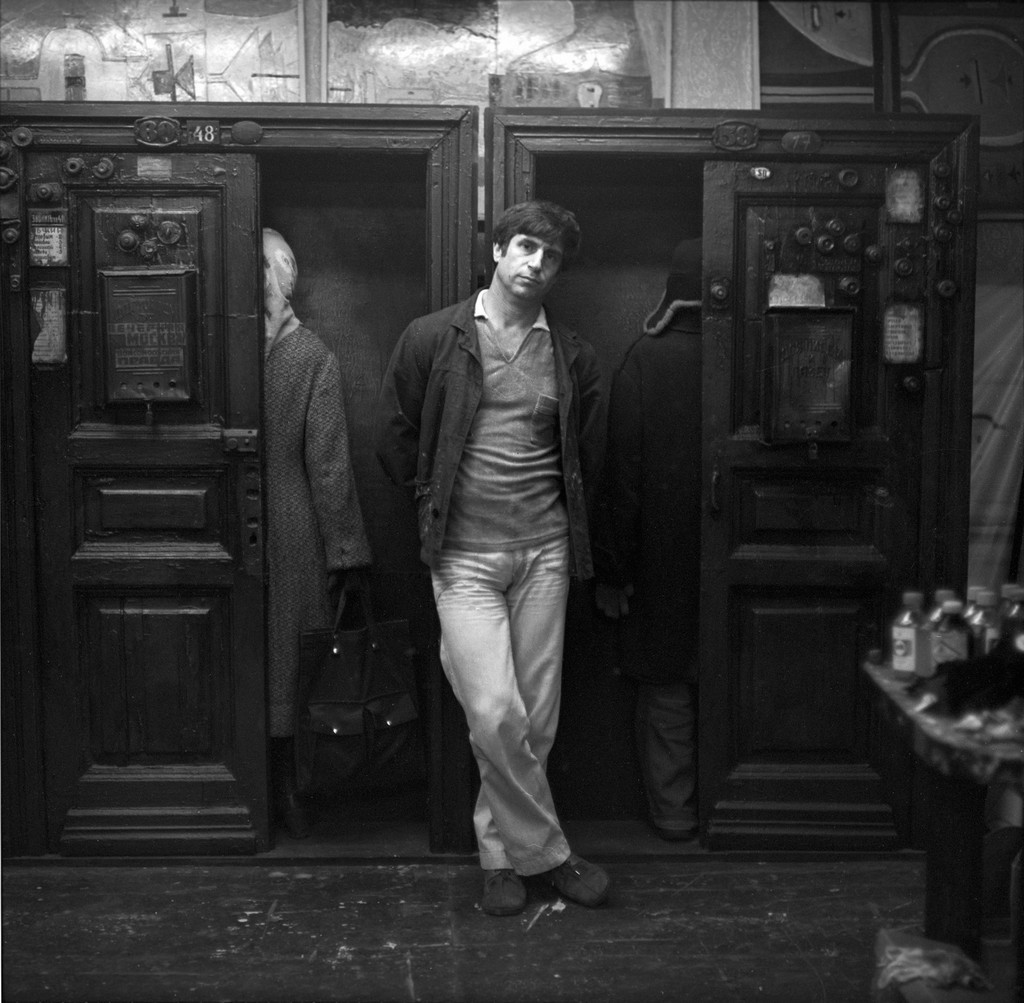 Vladimir Yankilevsky in his studio. 1981 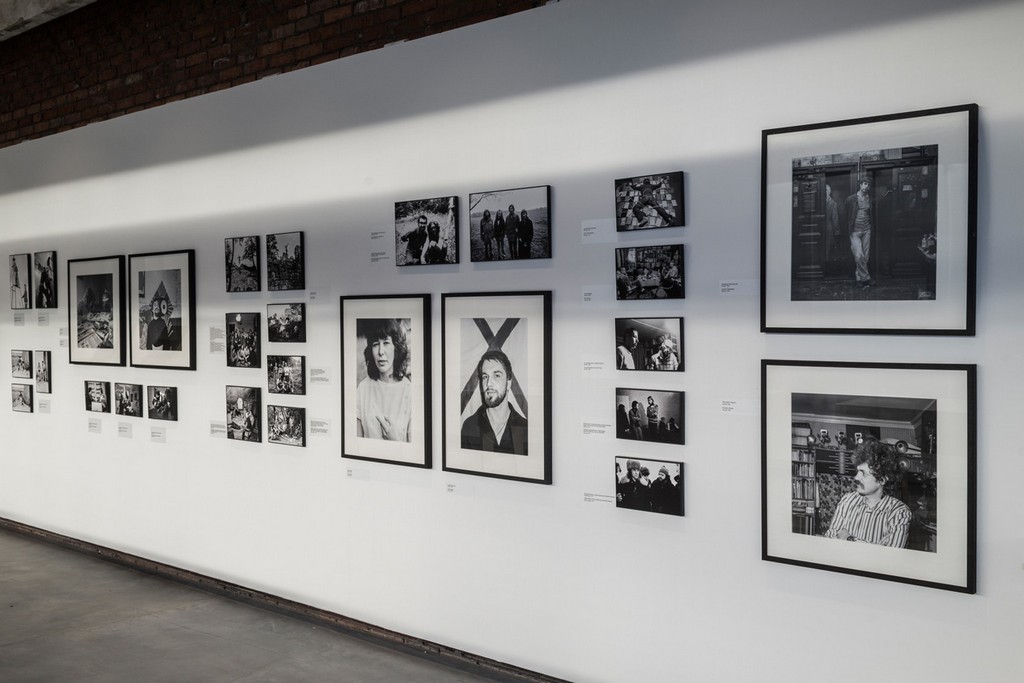 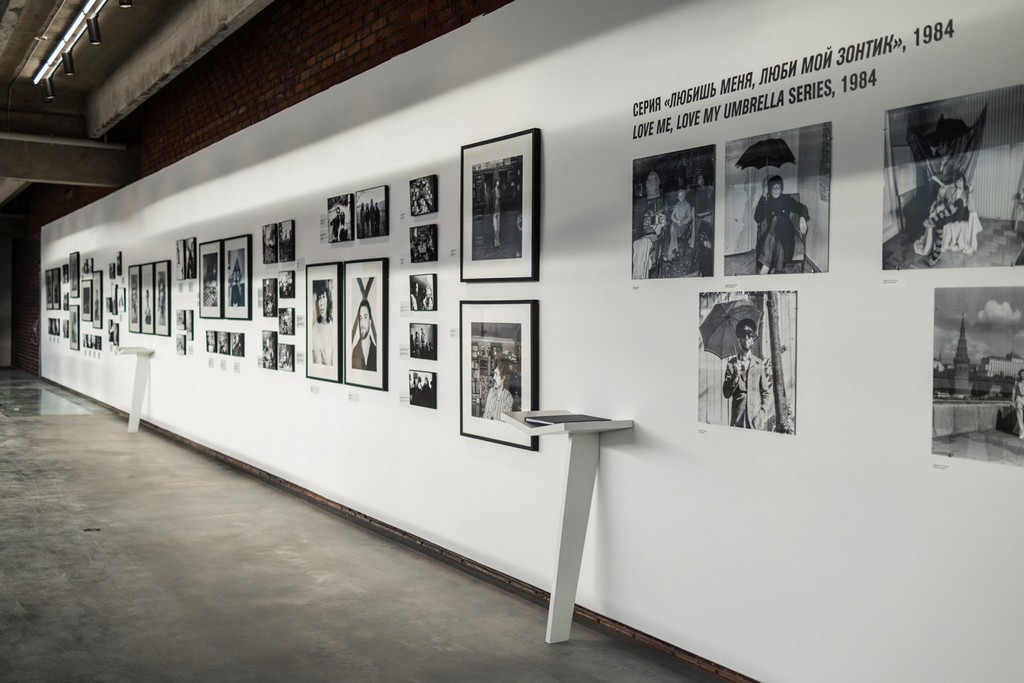 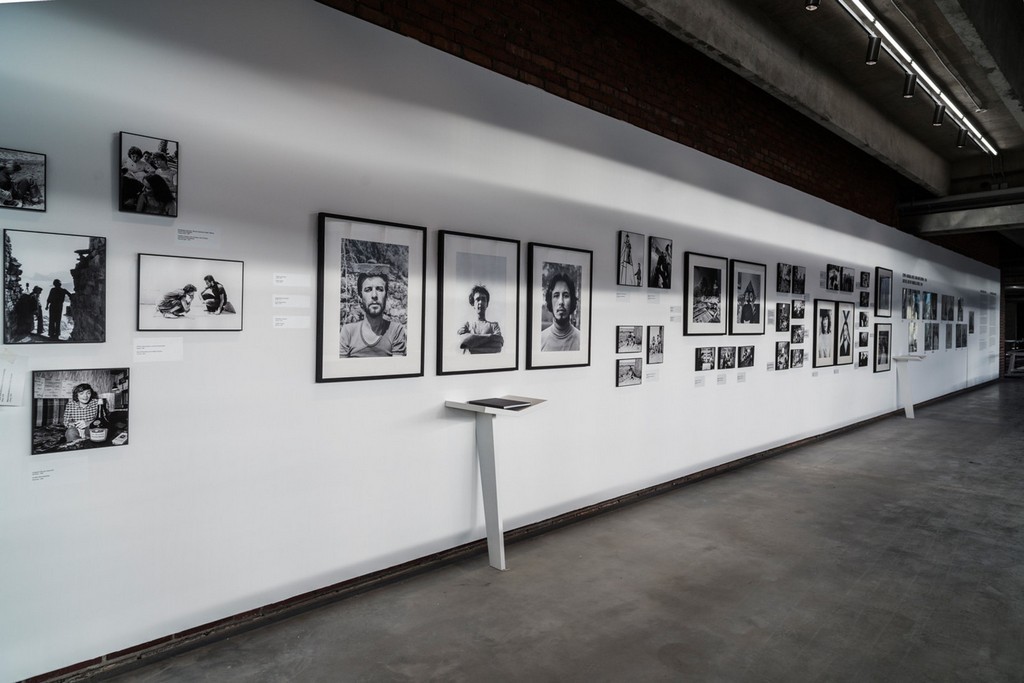 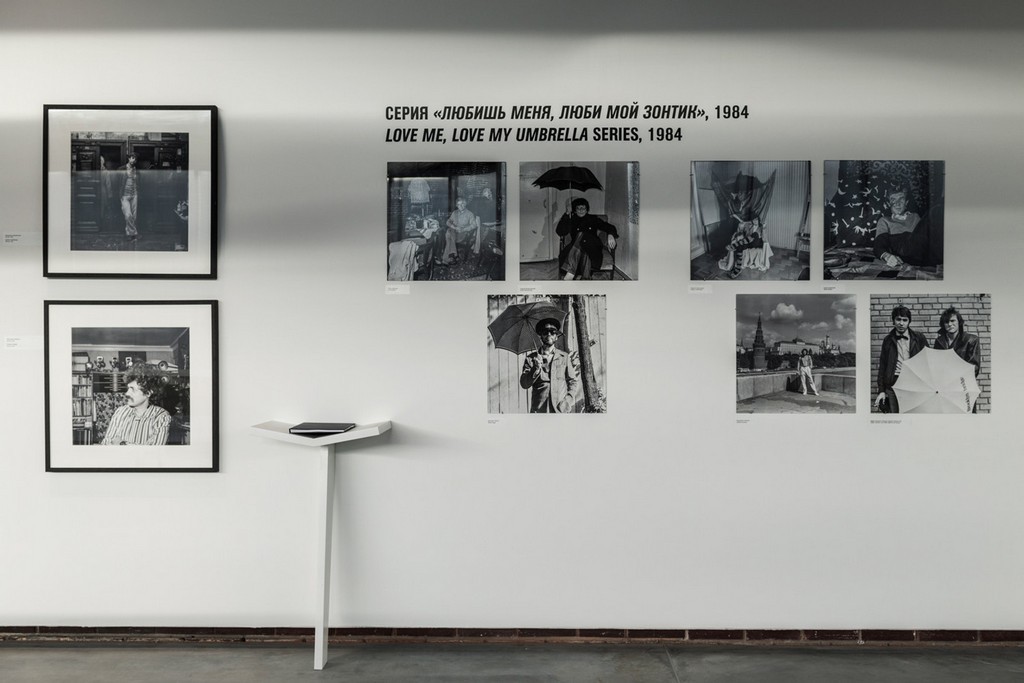 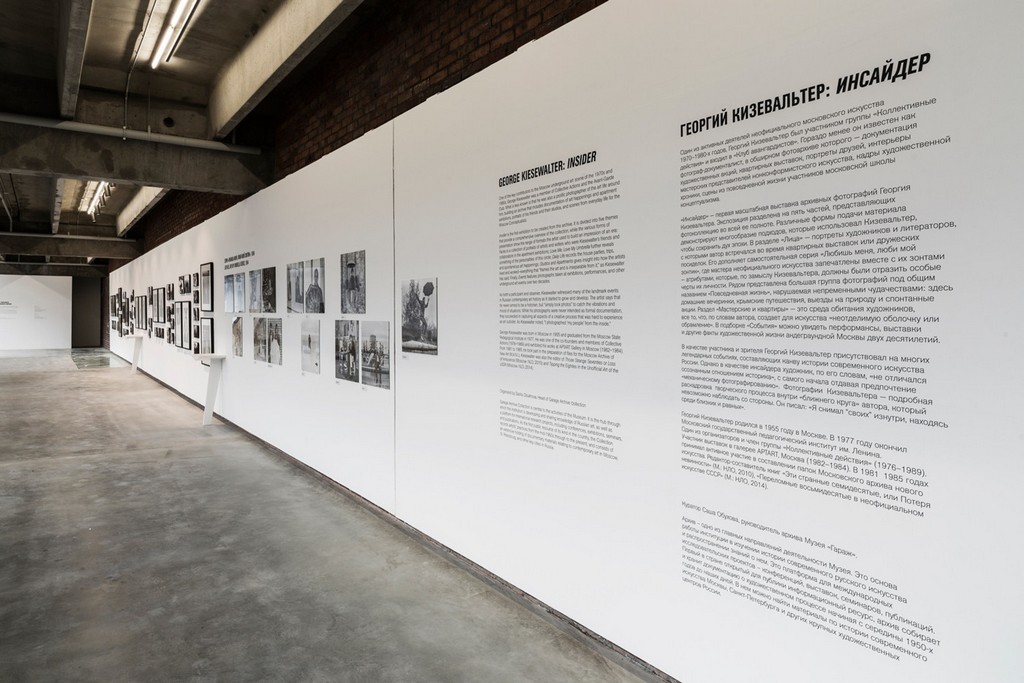 One of the key contributors to the Moscow underground art scene of the 1970s and 1980s, George Kiesewalter is known as a member of Collective Actions group and the Avantgardists’ Club, and for exhibiting his works at the legendary APTART gallery. What is less-known is that he also was a prolific photographer of the scene in which he participated. Insider is the first exhibition to feature the artist’s documentary archive photographs, which are now part of Garage Archive Collection.

Offering rare glimpses into an otherwise closed community, Kiesewalter’s photographs capture the energy of the Moscow underground in the 1970s and 1980s. His archive includes documentation of Collective Actions’ happenings, apartment exhibitions, portraits of fellow nonconformist artists and interiors of their studios, as well as scenes from their everyday life. “In the mid-1970s I was simply taking pictures of the people and events I liked on my basic Smena-7 camera that I always carried in my bag,” Kiesewalter recalls. “I would photograph everything that happened in my circle, emphatically dissolving into whoever or whatever I was shooting and the whirlpool of happenings, travel, and meetings. I was shooting my buddies, my equals, ‘from the inside’.”

George Kiesewalter was born in Moscow in 1955 and graduated from the Moscow State V. I. Lenin Pedagogical Institute in 1977. He was one of the co-founders and members of Collective Actions group (1976-1989) and exhibited his works at APTART gallery in Moscow (1982-1984). In 1981-1985 he also took part in the preparation of files for the Moscow Archive of New Art. Kiesewalter was the editor of Those Strange Seventies or Loss of Innocence (Moscow: NLO, 2010) and Tipping the Eighties in the Unofficial Art of the USSR (Moscow: NLO, 2014).