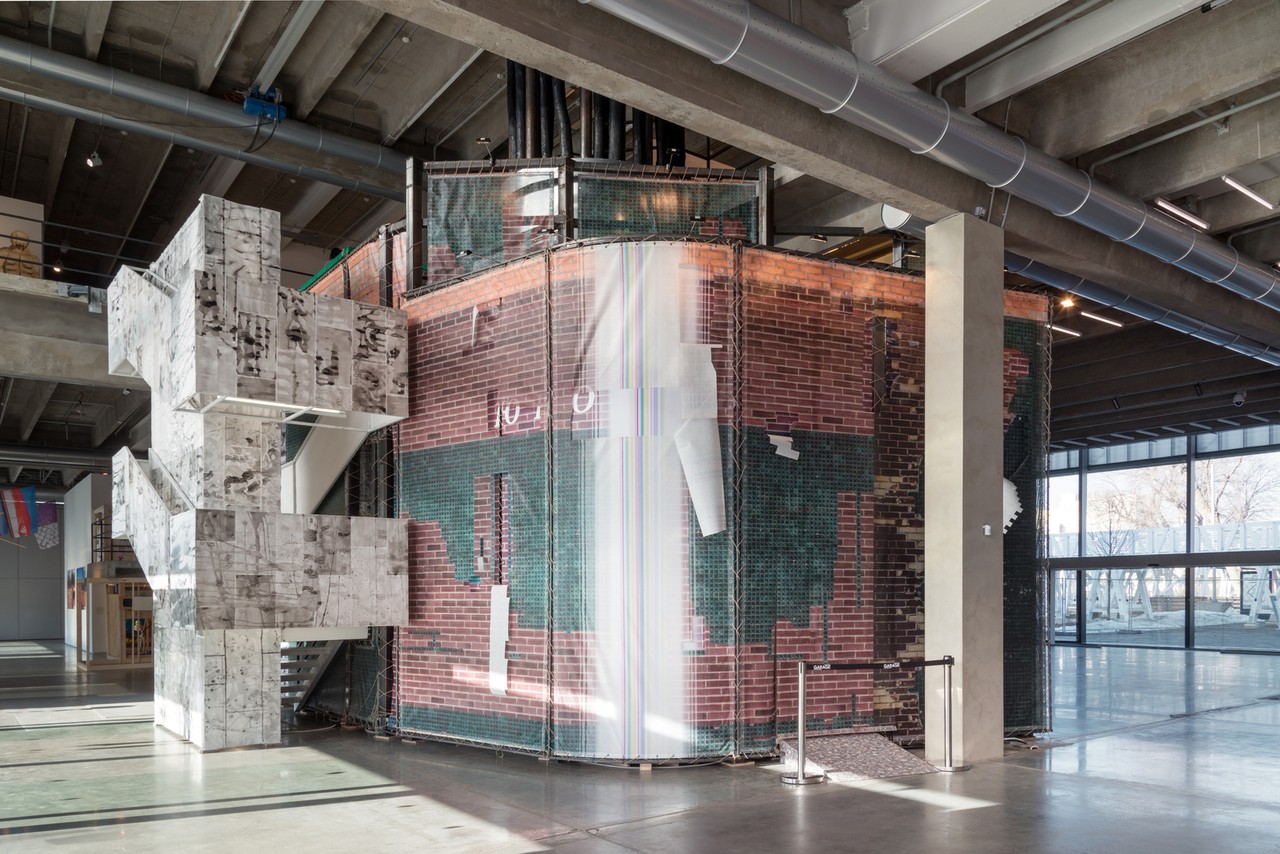 Irina Korina will produce a three-story architectural intervention for Garage Atrium space that will physically and ideologically transport audiences into new surrounds.

Referencing the distinctively eclectic urban landscape of Moscow that is populated with temporary structures, fake edifices, and buildings undergoing reinvention, Korina—who trained as a set designer before studying art—will create an immersive environment that invites visitors to discover the “secrets” of what lies behind a sequence of incongruous, yet familiar facades. Using quotidian construction materials such as brightly-colored tent cloth, roofing tiles, galvanized metal, wood, and faux marble, as well as paper and various scents, The Tail Wags the Comet, will live up to the absurdity inherent in its name through witty navigation tactics and intricate detail that at once disorients and entices the viewer as they embark on an alternative route from the entrance of the museum to the exhibition spaces on the first floor, or vice versa.

Opening in conjunction with the first Garage Triennial of Russian Contemporary Art, the Atrium Commissions explores the contradictions, humor, and pathos of national and cultural identity. In describing the concept of The Tail Wags the Comet—the largest work the artist has made to date—Korina says: “It is about the frustration of longing for something you will never see or achieve and the notion of a desired future that is met with nothing but mundane reality.”
www.garagemca.org