Structures of Existence: The Cells 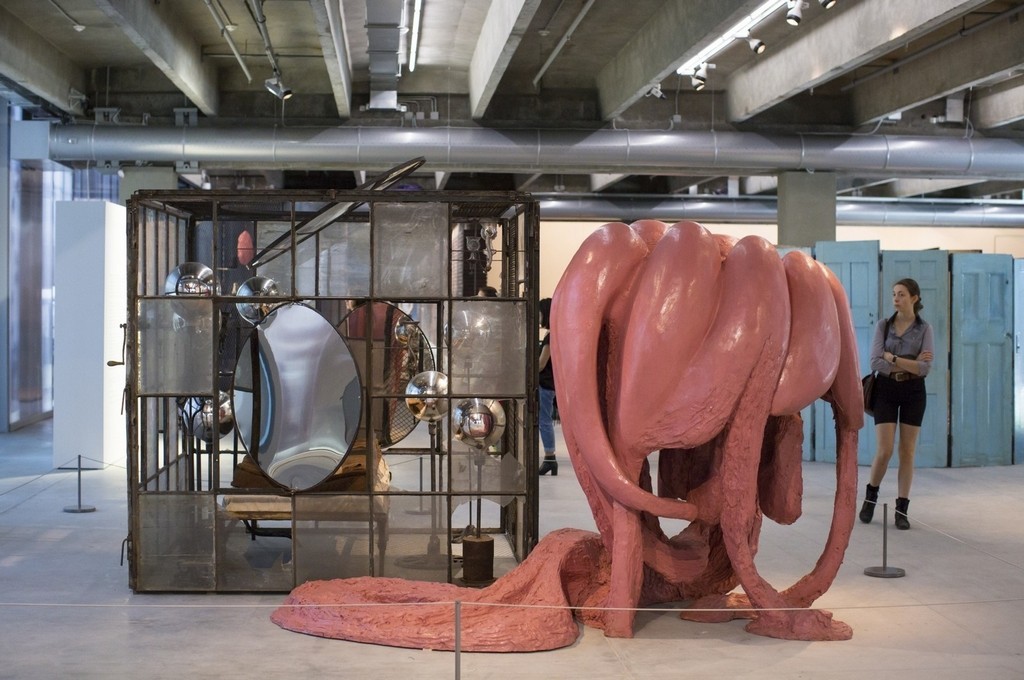 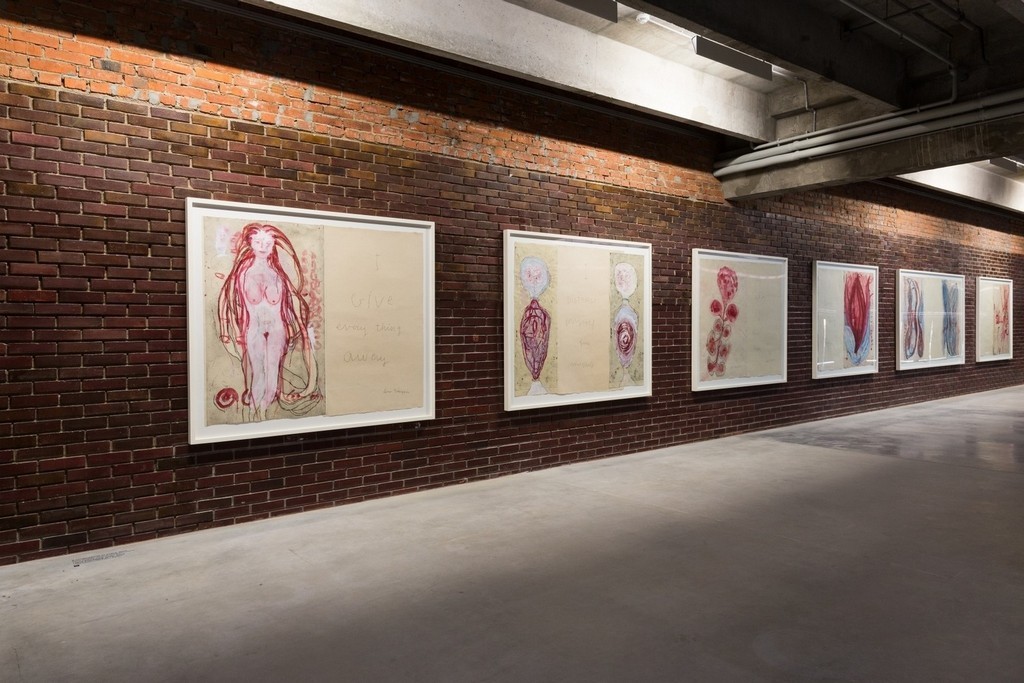 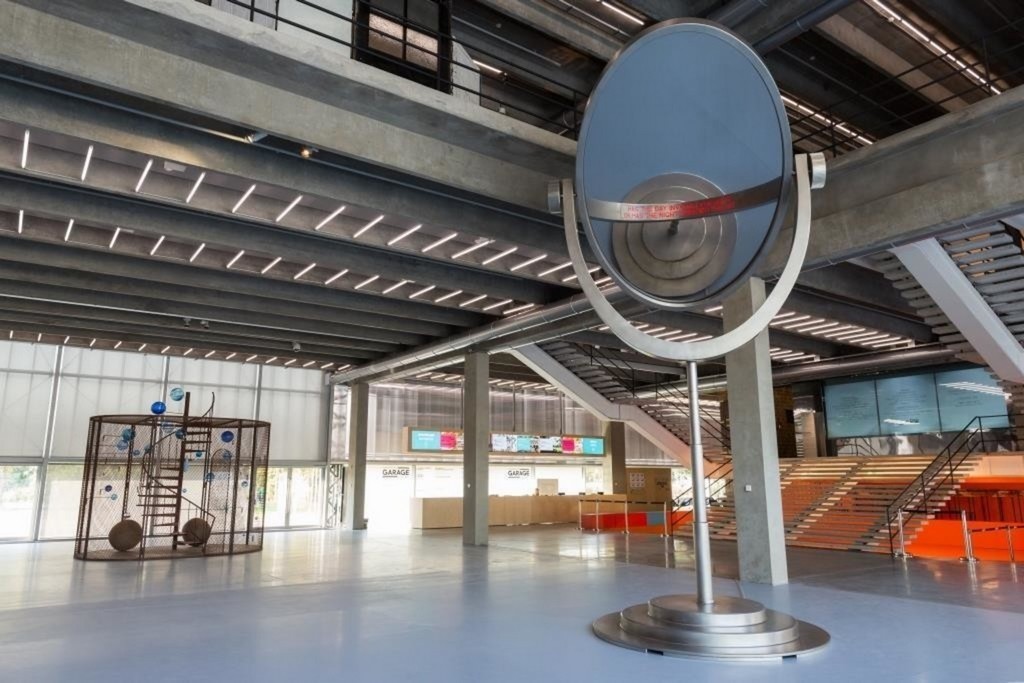 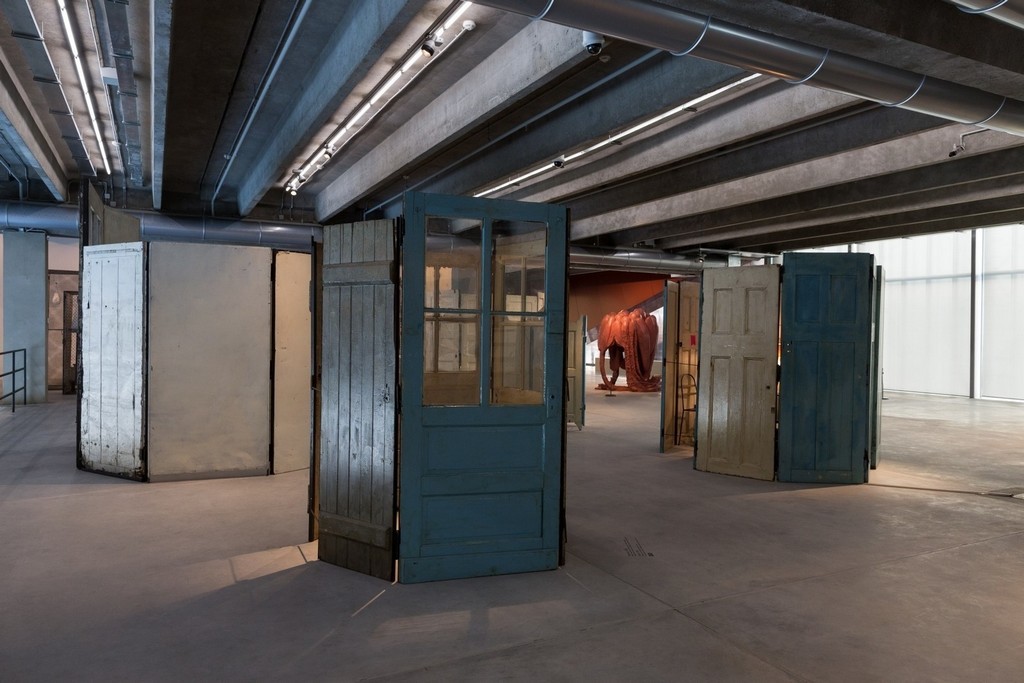 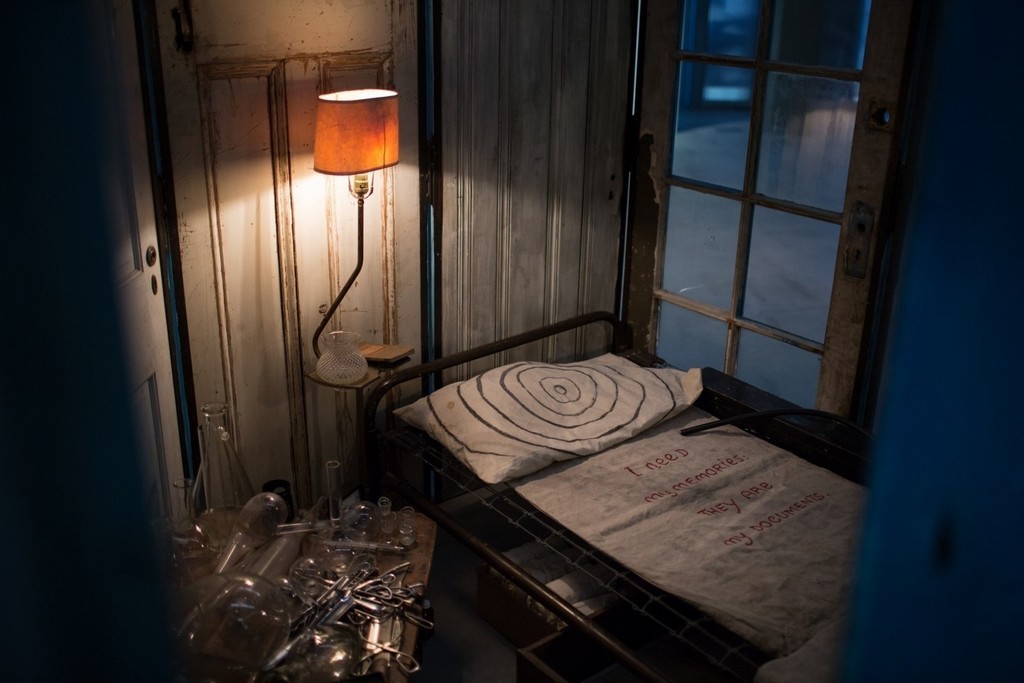 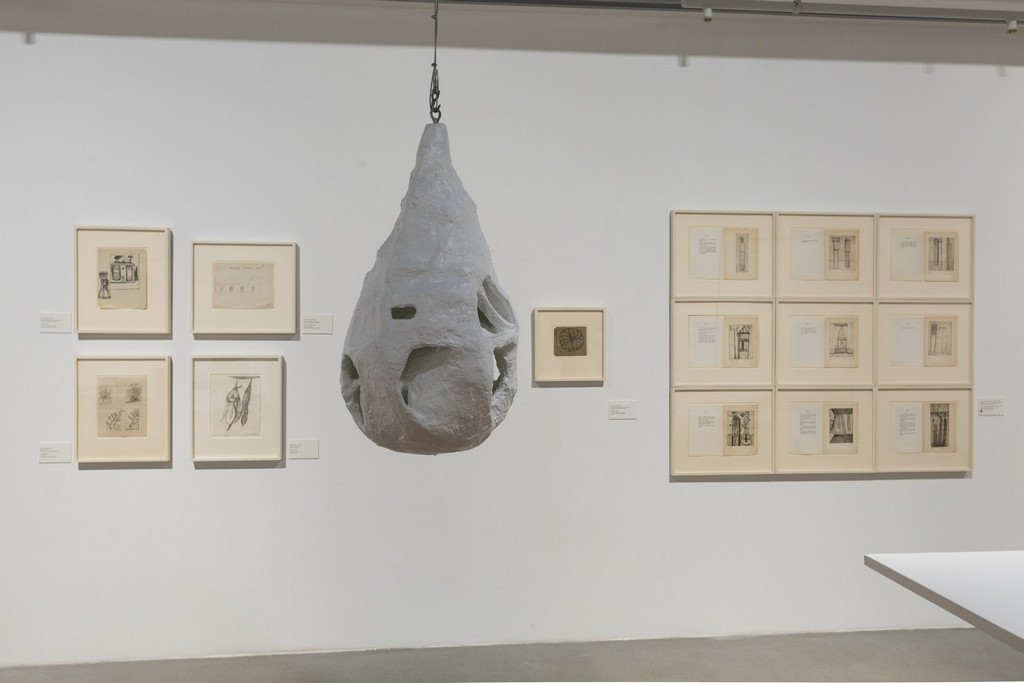 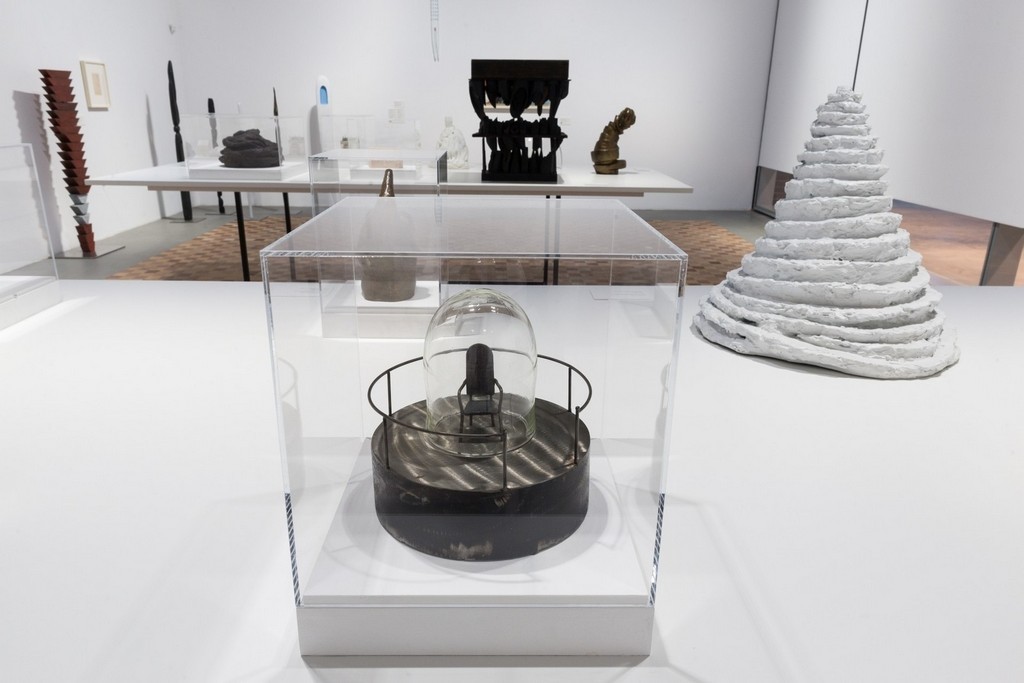 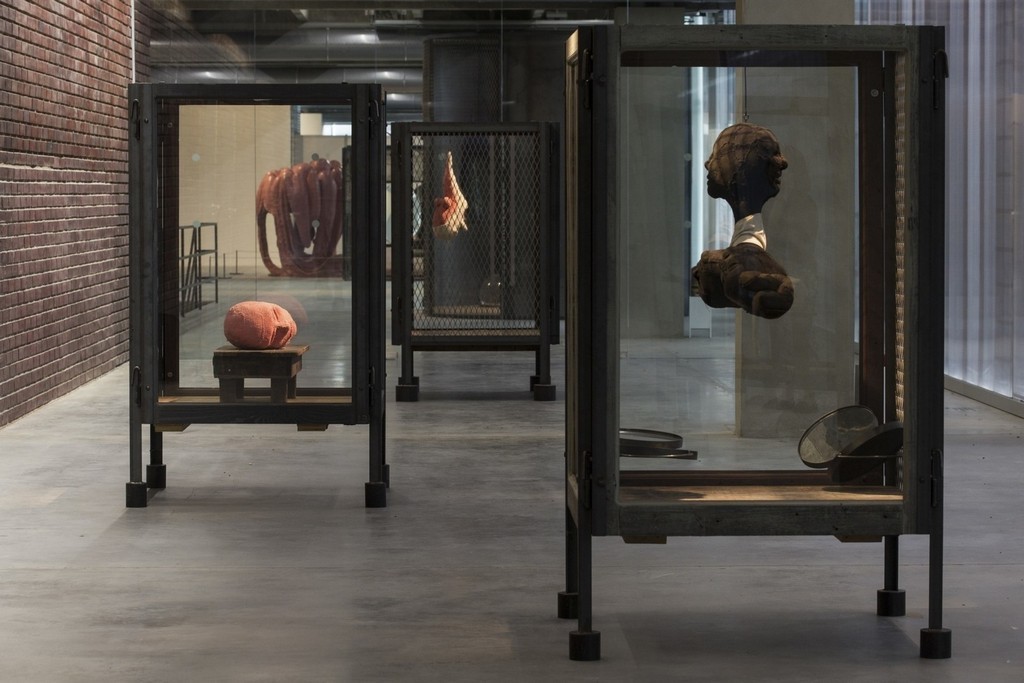 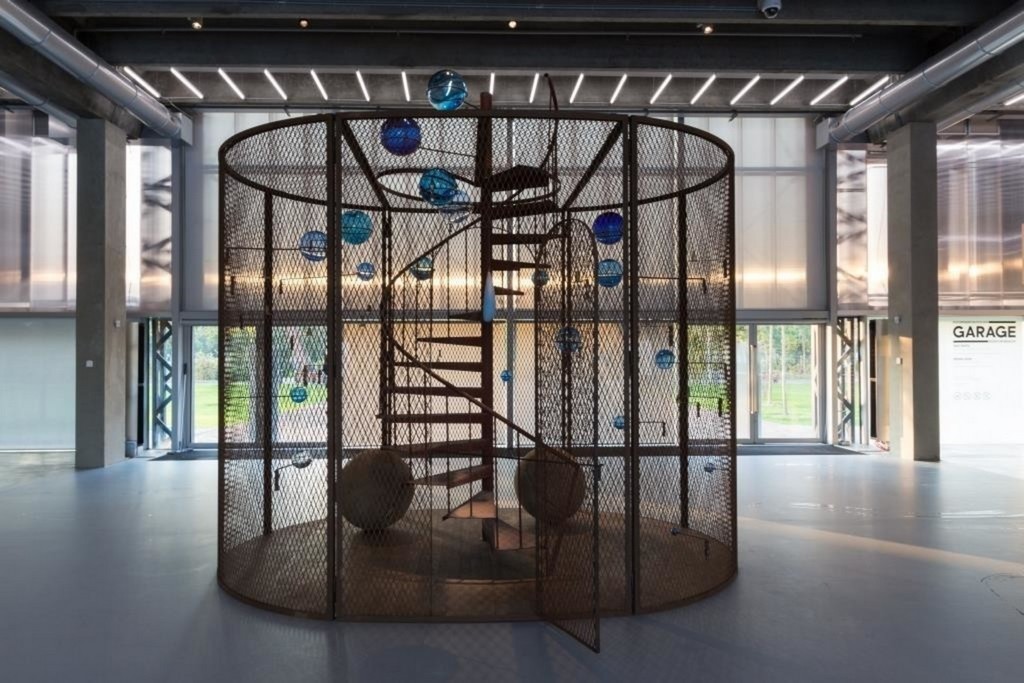 Garage Museum of Contemporary Art presents the first comprehensive survey of Louise Bourgeois’ work in Moscow as part of the special program of the 6th Moscow Biennale.

Structures of Existence: The Cells focuses on the extraordinary series of sculptural environments Bourgeois created in the last two decades of her life. Also included in the exhibition are the early sculptures, paintings, and drawings which led to the development of this monumental and innovative body of work. Coinciding with the show, Garage will present two large-scale sculptures: the monumental bronze spider Maman (1999) on the square in front of the Museum; and the international debut of Has the Day Invaded the Night or Has the Night Invaded the Day? (2007) as part of Garage's Atrium Commission series.

With a prolific career spanning seven decades—starting in the late 1930s in Paris and culminating in New York—Louise Bourgeois (1911–2010) is one of the few artists associated with both “modern” and “contemporary” sensibilities. Bourgeois began producing her first sculptural forms in the mid-1940s, and in 1949 she pioneered the concept of environmental installation in a solo exhibition at the Peridot Gallery in New York. Thirty-three years later, in 1982, Bourgeois had her first retrospective at the Museum of Modern Art in New York. She was 70. Around this time she also moved to a large studio space (in Brooklyn, New York), having used her Chelsea townhouse as a workplace for many years. This enabled Bourgeois to change the scale of her practice, giving rise to the Cell series, as well her spider sculptures, the first of which was made in 1994.

Each Cell is a unique, individual microcosm encompassing a range of emotions and associations. Bourgeois produced approximately 60 works in the series, assembling found objects, artifacts from her daily life (clothing, fabric, and furniture), and sculptures within distinctive architectural enclosures. She often referenced her own childhood and its complexity to encapsulate the many motifs and interests that she explored throughout her career, such as architecture, the body, memory, and the five senses. In describing the way that Bourgeois developed the Cells, Jerry Gorovoy, Bourgeois' long-time assistant, said: “Louise’s creative process was very open-ended. The objects inside might interest her for what they were; their function; what the words to describe them sounded like; what the words sounded like in French; what their shapes were, or their colors. She could equate an ironing board with the arch of the hysterical figure. It was this kind of process, with connections emerging from her unconscious.”

The term “Cell” originated during the preparations for Bourgeois’ participation in the Carnegie International exhibition in Pittsburgh in 1991, where she presented the first six of these works. For Bourgeois, the word had many connotations, from the biological cell of a living organism to the isolation of a prison cell or monastic chamber. As she described: “The Cells represent different types of pain: the physical, the emotional and psychological, and the mental and intellectual [...] Each Cell deals with the pleasure of the voyeur, the thrill of looking and being looked at. The Cells either attract or repulse each other. There is this urge to integrate, merge, or disintegrate."

To complement and expand on themes in the exhibition, Garage has collaborated with the Louise Bourgeois Trust and The Easton Foundation to present two large-scale installations:

Maman (1999), a giant bronze spider towering more than 9 meters above the ground, will greet visitors in Gorky Park’s Garage Square before entering the Museum. Originally conceived as the inaugural commission for Tate Modern's Turbine Hall in May 2000, Maman is one of the artist's most ambitious and recognizable works to take the spider as its subject. First depicted in two of the artist's drawings from the 1940s, the spider took on an even more dominant role in the artist's practice during the 1990s. The largest in a series of spectacular sculptures created during the second half of the decade, Maman balances perilously above the ground on eight spindly legs, shielding a mesh sac containing ten marble eggs below her abdomen. Vulnerable yet predatory, the figure of the spider is a tribute to Bourgeois' beloved mother. The artist explained, "Like spiders, my mother was very clever. Spiders are friendly presences that eat mosquitos. We know that mosquitos spread diseases and are therefore unwanted. So, spiders are helpful and protective, just like my mother."

Has the Day Invaded the Night or Has the Night Invaded the Day? (2007) is comprised of a giant, pivoting mirror standing over 6 meters high. The work’s title—taken from the artist’s diary entry on February 7, 1995—is projected onto the glass. Fascinated by mirrors as symbols of truth and self-knowledge, Bourgeois used them frequently in the Cellinstallations to bring the viewer directly into an environment. Placed in the Museum’s Entrance Hall, this larger-than-life mirror incorporates the visitor and the surrounding building into the world of the artist, while the reflected question introduces the perceptual nuances inherent to Bourgeois’ work.

The exhibition and installations mark the first presentation of Bourgeois' work in Moscow, but it is not the artist’s first exposure in (or with) Russia. She was twenty when she first visited Moscow in the summer of 1932. Her second trip was in spring 1934, when she attended the Moscow Theater Festival and experienced the May Day celebrations. This was also the year she started studying art intensively. Nearly 70 years later, in 2001, Bourgeois’ retrospective opened at the State Hermitage Museum in St. Petersburg. It was the institution’s first major exhibition of a living American artist.

A Russian-language edition of the catalog for Louise Bourgeois. Structures of Existence: The Cells, published in English by Haus der Kunst and Prestel, will be produced to coincide with the exhibition at Garage.

Organized by Haus der Kunst, Munich in collaboration with Garage, Structures of Existence: The Cells is the largest presentation of this body of work to date.

Through the Looking Glass of Louise Bourgeois is a diverse set of activities intended to contextualize the artist's extensive oeuvre. The program explores the wide-range of media used by Bourgeois to trigger audience perception and to expand understanding of her Cells as hybrid synesthetic forms.

A series of lectures by local and international specialists, including Jerry Gorovoy, Kate Fowle, Julienne Lorz, Amei Wallach, Irina Nakhova, Olesya Turkina, and others, will reflect upon Bourgeois' extensive career. Regular screenings of the film Louise Bourgeois: The Spider, the Mistress and the Tangerine (2008, directed by Wallach and Marion Cajori) will also take place throughout the exhibition in Garage Auditorium. Shot over more than a decade from 1993 until 2007, the film will acquaint audiences with Bourgeois' captivating personality, providing insight into the artist’s thought processes as well as her practice in the studio.

For families with children, Through the Looking Glass of Louise Bourgeois will focus on the medium of sculpture as an inimitable imaginative force that Bourgeois used to great effect. Skills will be developed during a series of open workshops on weekends and through a special children’s exhibition map, which is part of the city-wide program Family Trip: Take the Whole Family to a Museum!.

An audio guide, specially prepared for the exhibition and Atrium Commission, will be available in Russian and English, as well as special guided tours, including for audiences with special needs.