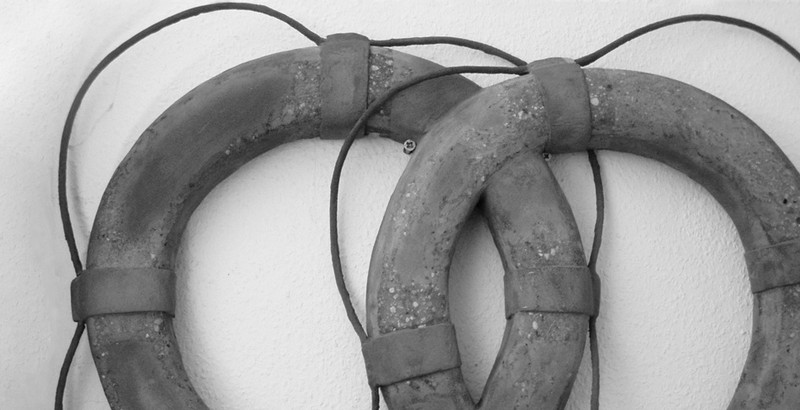 Garage Center for Contemporary Culture and Gorky Park will launch a project entitled Necessary Art, which brings together eleven contemporary Russian artists to create specially commissioned works of ‘public art’. Each of the works – to be placed in and around one of the historic pavilions in Gorky Park, Moscow – will invite the public to engage with art in a new way. The artists’ ideas take different forms – from interventions in the landscape, to performance, to alternative sculpture. Every work encourages public interaction, either conceptually or physically, and they all present experimentalism in the park environment.

The project was inspired by a well-known statement by Vladimir Tatlin concerning the role of art. Tatlin was central to the birth of Russian Constructivism, creating objects that were both sculpture and architecture. He has come to define the spirit of avant-gardism in the 20th century, the attempt to bring art to the service of everyday life. Much of Tatlin's work shows a desire to abolish the traditional representational function of art and put it to new, more practical uses, ultimately to serve the goals of Russia's Communist revolution. These ideas continue to be relevant today, and they have inspired Garage to allow art to actively serve everyday life in Moscow, to be accessible to everyone in the park.

The project curator Yulia Aksenova asked: “Should artists be given freedom of expression; and if so, what are the social and political statements that should be voiced from this platform and within the public sphere as a whole? How can we create art that engages a new generation of artists to create new ideas?”

Participating artists include the collaborative duo The MishMash Group, who will present The Rebirth of Venus, an interactive sculpture of the classical form of Venus de Milo, which visitors are encouraged to use to wash their hands, paradoxically accelerating the work’s disappearance and disintegration. Zhanna Kadyrova has given a street lamp a physical presence with her The Light for Climbers which functions as a climbing wall for visitors. Two artists have taken inspiration from Gorky Park’s former incarnation as an amusement park. Irina Korina proposes to recycle elements of the old rides in her outdoor sculpture, Wintering. Meanwhile, Alexei Kostroma’s Knot, a giant inflatable sculpture, is reminiscent of an intricately twisted party balloon. Roman Sakin marks the passage of time with Urban Sculpture, a square formed of twenty-five vertical rods with a moveable sphere on each, whose configuration changes in accordance with individual Russian national holidays. Olga Treivas’ Flies is a metal frame illuminated by re-used glass lamp fixtures. Lastly, Ivan Brazhkin references Concrete Poetry in Fellow Traveller, quotes that run along the foot paths and accompany the public steps.

Yulia Aksenova read History of Art and Curating Contemporary Art at the Russian State University of the Humanities (1998-2002) and attended the Programme of New Art Strategy for Artists and Art Critics at the Soros Center of Contemporary Art (2000-2002). She later attended the International Curatorial Training Program de Appel in Amsterdam. Aksenova has held curatorial positions at the State Tretyakov Gallery, Moscow Center of Art and Garage. Yulia has curated and co-curated numerous exhibitions over the last 5 years. These include Russian Pop-art (2005) and Sots-Art: Political art in Russia (2007) at the Moscow State Tretyakov Gallery; numerous exhibitions at the Moscow Center of Art; Red October Gallery; Masters Hamfrey`s Clock, De Appel, Amsterdam (2008); Russian Utopias (2010) and Fantom Monuments (2011) at Garage. Aksenova has also written for several influential exhibition publications.
www.garagemca.org