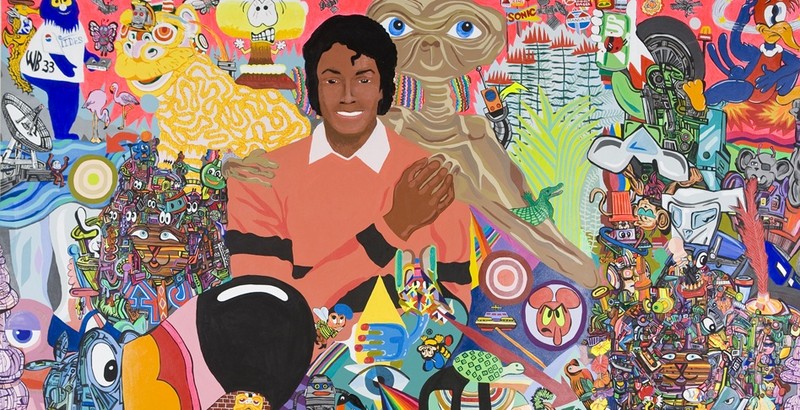 The expression ‘A New York Minute’ refers to the speed that New Yorkers react to stimuli, with impatience, immediacy and a savvy energy. The drama and speed of the expression is presented in a clock created by artist Chris Johanson, the lead image of the new exhibition which will open at Garage Center for Contemporary Culture in Moscow in April 2011. New York Minute has been curated by Kathy Grayson, Director of The Hole, in collaboration with exhibition designer Rafael de Cárdenas, Founder of Architecture at Large. The exhibition is being held under the auspices of the Bilateral Presidential Commission.

New York Minute features over fifty artists who live in and around New York City, providing an overview of the most exciting new tendencies coming out of the city and its extended networks. Together, they capture the drama, danger and speed of New York, showing a rapid and resourceful response to current cultural events and issues specific to their generation and to the city. As the exhibition curator, Kathy Grayson comments, “All these artists have exhibited together, partied together, dated each other, studied together or painted together with less than two levels of removal from each other. This exhibition truly represents a cross-section of an expanded artist community.”

The third major tendency explored within the exhibition is New Abstraction. Whether updating New York School abstraction with the energy of the streets (such as Dan Colen or Sterling Ruby), or revitalising outmoded conceptual approaches to abstraction with current digital-era concerns (such as Xylor Jane and Ara Peterson), the new abstract is urgent and immediate.

As one of the key artworks in the exhibition, American architect and designer Rafael de Cárdenas will design an Artist Shop space in his signature aesthetic of bold lines, color and contrast to present the zines, stickers, t-shirts, jewellery and books the group of artists has produced.