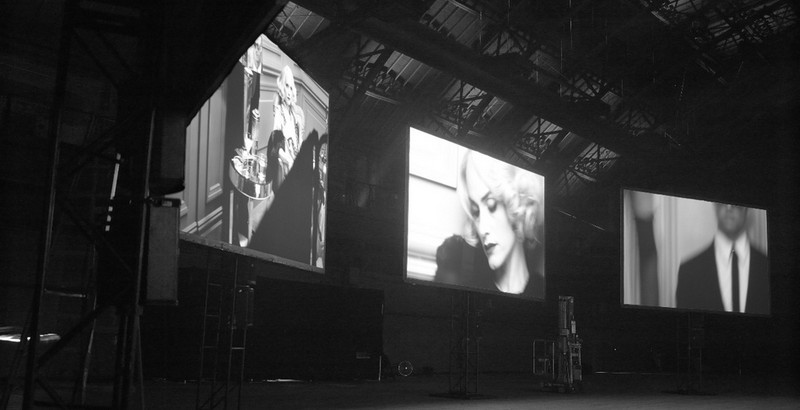 Garage Center for Contemporary Culture presents Time Capsule, a video installation by influential American fashion photographer Steven Klein, on view from 17 November to 4 December 2011. Time Capsule (2011) celebrates Klein as an artist whose work is equally suited to the pages of international fashion magazines as it is presented on the walls of some of the world’s most respected art galleries and museums. The installation continues Klein’s experimentation with moving image through the depiction of the stages of one woman’s life, played by model / actress Amber Valetta, until she reaches the age of 110.

With an academic background in painting, Klein first turned to photography to express his visual ideas. He gained notoriety through fashion spreads in iconic magazines such as Vogue and W, before becoming one of the most sought-after and influential ‘anti-fashion’ fashion photographers of the last two decades. His trademark highly-stylized, dramatic images injected a sense of foreboding, danger, sadism and a touch of frisson into the polished, sexed-up world of fashion and celebrity. Klein began working with video installations in 2002 during a collaborative project with Madonna, creating an installation that combined images for video and still photography, presented at Deitch Projects in New York in 2003. Since then, Klein has continued to explore the ambiguous space between moving and still images, casting well-known figures from celebrity culture in his surreal quasi-fictions.

Time Capsule is an exploration of the illusion of time. A woman projects herself into an imagined future and creates the dynamic range of aging. Time Capsule challenges our ideas and concepts of linear time, and of dimension; she is aging in a realm that is timeless.