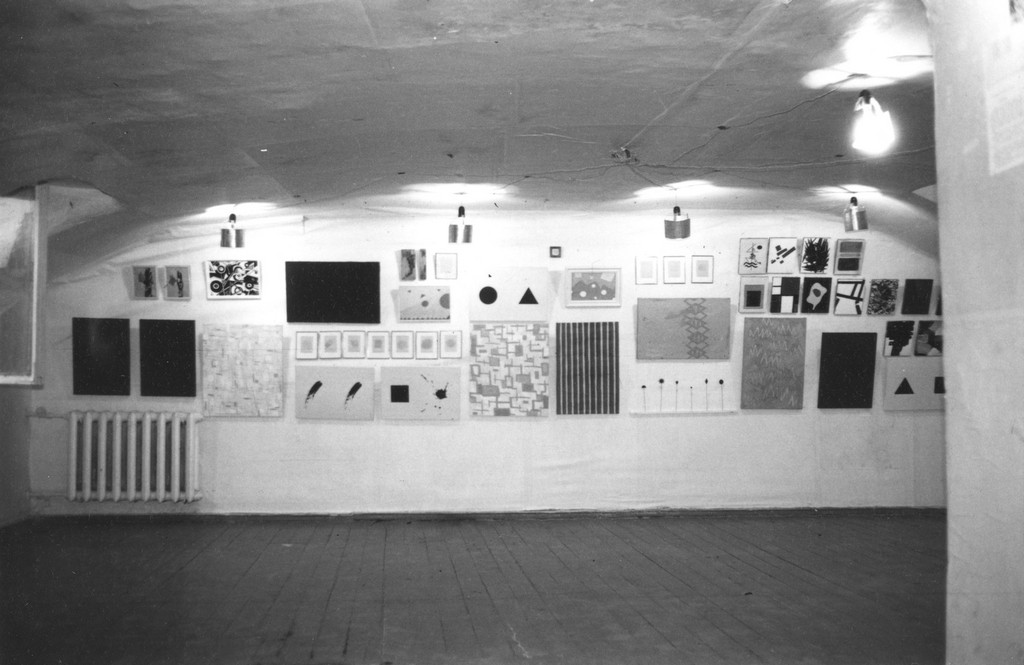 The first initiative at Garage Museum of Contemporary Art to invite artists to conduct research in Garage Archive Collection and make a new work—or a new interpretation of the archive materials—in response to their discoveries.

Five intergenerational practitioners with varying creative interests have each spent eight months exploring a collection from Garage Archive Collection that they found compelling, which in turn has led to further research that both expands and deepens the specificities of each particular item under scrutiny.

Traditionally, artists—particularly those involved in the underground art scene in the Soviet Union—have been some of the key figures to establish and build archives, but to draw on an institutional archive for research is a new departure. Addressing the issue of subjectivity that underpins aural histories and personal accounts, this exhibition bridges the gap between past and present, with artists offering a contemporary perspective on the legacies of their collective histories.

Garage Archive Collection is the largest public archive in Russia dedicated to the research of Russian contemporary art from the 1950s through to the present. Established in 2012 and in continuous development, it currently comprises twenty archives totaling over 400,000 items from galleries, artists, collectors, and curators. Containing important material that underpins the development of what was once known as “unofficial” art in Russia and the subsequent growth of Russian contemporary art, the Archive Collection includes articles published by local and foreign media from the late 1970s to the present day; a stills library consisting of exhibition documentation, portraits of artists, and reproductions of their works from 1960 to 2010; video documentaries related to performances and exhibitions in Moscow from 1985; and a corpus of texts written by artists from the 1960s through the 1990s, as well as unpublished critical articles, artists’ biographies, press releases, catalogues, and other materials from exhibitions (1985–2013).

Toward the Source coincides with the first Garage Triennial of Russian Contemporary Art, the largest-ever survey of art produced across the country. Through these two exhibitions that introduce Russian artists to international audiences, Garage Museum of Contemporary Art intends to draw attention to the people creating the art scene in Russia now.

Her solo exhibitions include In the Middle of Things, presented at BAK in Utrecht (2011), Compossibilities at Kunsthalle Erfurt (2013), Keeping Sight at Muhka in Antwerp (2014–2015), and most recently, Vague Accent at The Drawing Center in New York (2016).

Vyacheslav Kuritsyn (b. 1965, Novosibirsk. Lives and works in Ekaterinburg and Moscow)
Writer, literary critic, journalist, poet, and curator, Kuritsyn graduated from the Ural State University, Ekaterinburg (1989), and moved to Moscow in 1993, where he graduated from at the Russian State University for the Humanities (1995). He has worked as a literary columnist and journalist for many key publications of 1990s such as Segognya newspaper, Matador journal, Independent Newspaper, Kommersant newspaper, and The Russian Telegraph newspaper. He was the chief editor of the Text journal (as part of the Ural journal), Moscow Alternative newspaper, and Unofficial Moscow newspaper. From 1998 to 2002, Kuritsyn conducted his own Internet project Modern Russian Literature with Vyacheslav Kuritsyn.

Kuritsyn is the president of the conference Kuritsynskie Readings in Ekaterinburg (together with the Ural State University), the founder and the host of the Russian Poetry Slam (in Moscow and St. Petersburg since 2001), and also the founder and co-owner of the legendary club Platform (St. Petersburg, 2004-2006).

He is the author of fifteen books, including the monograph Russian Literary Postmodernism (2000), novels Matador on the Moon, To Sleep and Believe: A Blockade Novel (under the pseudonym Andrey Turgenev), and the research publication Nabokov without Lolita.

In addition to his literary practice, Kuritsyn is the author of performances at Teatre.doc (Moscow) and Ekaterinburg Youth Theatre, as well as curator of art exhibitions, including the Russian contemporary art exhibition Davai (Berlin-Vienna, 2001–2002). He is a winner of the Andrei Bely Prize for services to literature (2005).

Vladimir Logutov (b. 1980, Samara. Lives and works in Samara and Moscow)A painter and curator, Logutov graduated from the Department of Painting at the Samara School of Art (2001) and the Department of Visual and Applied Arts at the Samara State Pedagogical University (2006). In 2005, he completed an internship as part of an independent artistic training in Stuttgart, Germany.
He has participated in numerous group shows, including the 1st and 2nd Moscow Biennale of Contemporary Art (2005, 2007) and the 4th Guangzhou Triennial (2012). He was nominated twice for the Kandinsky prize (2007, 2008), and twice for the Innovation prize (2007, 2009), as well as being nominated for the Black Square awards (2004, 2007).

His works are represented in both private and museum collections, including the Moscow Museum of Modern Art, the Stella Art Foundation (Moscow), the FRAC Bretagne Museum (Brest). The artist currently holds a curatorial position at Vladimir Smirnov and Konstantine Sorokin Foundation in Moscow.

He also recently curated Not a Museum. Aesthetic Suspicions Lab (2014) for the parallel program of Manifesta 10, St. Petersburg.

Andrei Monastyrsky (b. 1949, Petsamo, Murmansk region. Lives and works in Moscow)
Artist, performer, poet, contemporary art theorist, and leader of the Moscow Conceptual School, Monastyrsky graduated from the language and literature faculty of the Moscow State University in 1980 and worked as an editor in the State Literature Museum in Moscow. In 1973, Monastyrsky began to work with serial structures and minimalistic sound compositions, and from 1975 created poetic objects and actions. As the co-founder of the Collective Actions group in 1976 (in collaboration with Nikita Alekseev, Nikolai Panitkov and George Kiesewalter), he was the author of the majority of actions, as well as the co-author of the Collective Actions documentation book, Journeys to the Countryside (currently eleven volumes).

Monastyrsky also participated in the art collectives Kapiton and Corbusier (both in collaboration with Vadim Zakharov and Yuri Leiderman) as well as in numerous exhibitions in Russia and abroad. These included the Dissident Biennale as part of the Venice Biennale (1977); the Venice Biennale (2003, 2007, 2011) and Documenta 12 in Kassell (2007). As author of numerous theoretical articles on contemporary art in national and foreign publications, he won the Andrei Bely prize (2003) for achievements in the development of Russian literature and the Innovation prize (2009) in the art theory and criticism category.

Kirill Savchenkov (b. 1987, Moscow. Lives and works in Moscow)
Working with performance, installation, video, and photography Kirill Savchenkov graduated from the Moscow Technical University of Communications and Informatics (2009), and later studied documentary photography at the Rodchenko Art School in Moscow (2012).

In 2016, he participated in the Power and Architecture program of Calvert 22 in London, with the Museum of Skateboarding project. In 2015 he realized the project Horizon Community Workshop at the Agency of Singular Investigations (ASI) in CCI Fabrika in Moscow. In the same year, he also presented the Museum of Skateboarding within the public art program Expanding Space. Artistic Practice in the Urban Environment, organized in Moscow by V-A-C Foundation.

Savchenkov has also participated in a number of group exhibitions including Metageography at the State Tretyakov Gallery as part of the special project of the 6th Moscow Biennale of Contemporary Art (2015); Manifesta 10 in St. Petersburg (2014); and in Semiconductors, a special project of the 4th Moscow International Biennale for Young Art, organized by the Stella Art Foundation in 2014.

He is the winner of the First Book Award in 2014. Savchenkov currently teaches at the Rodchenko Art School.
www.garagemca.org