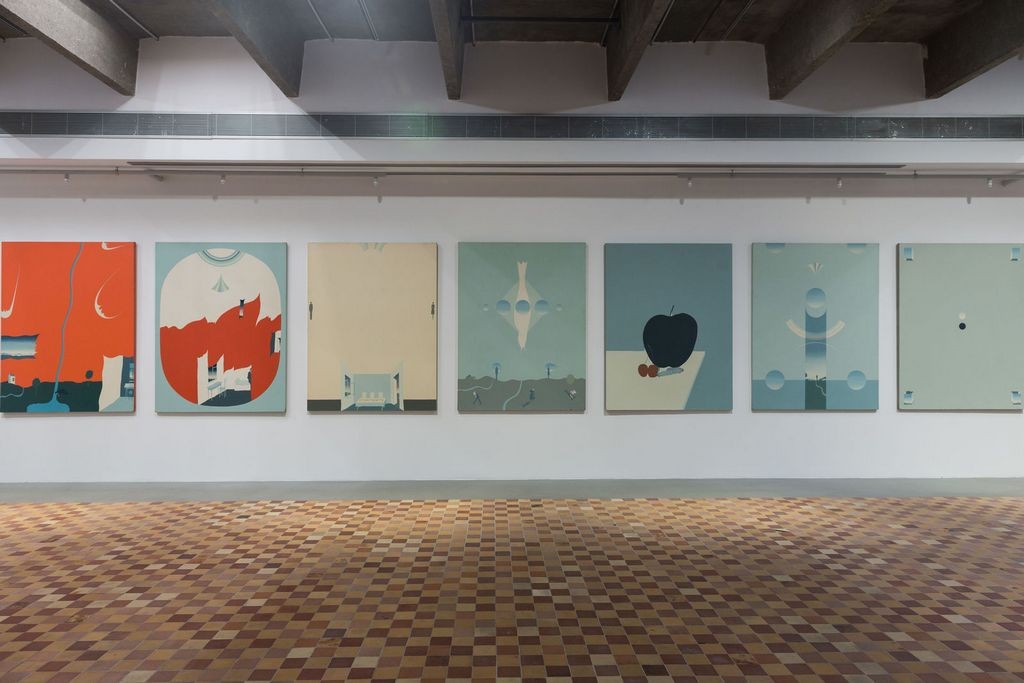 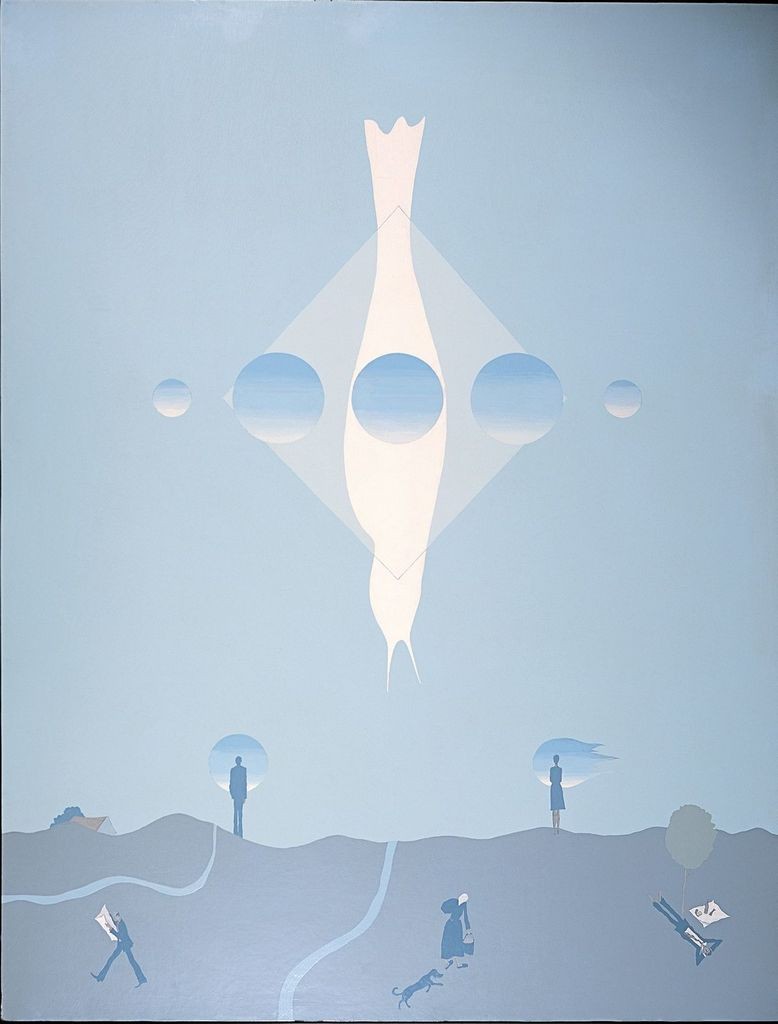 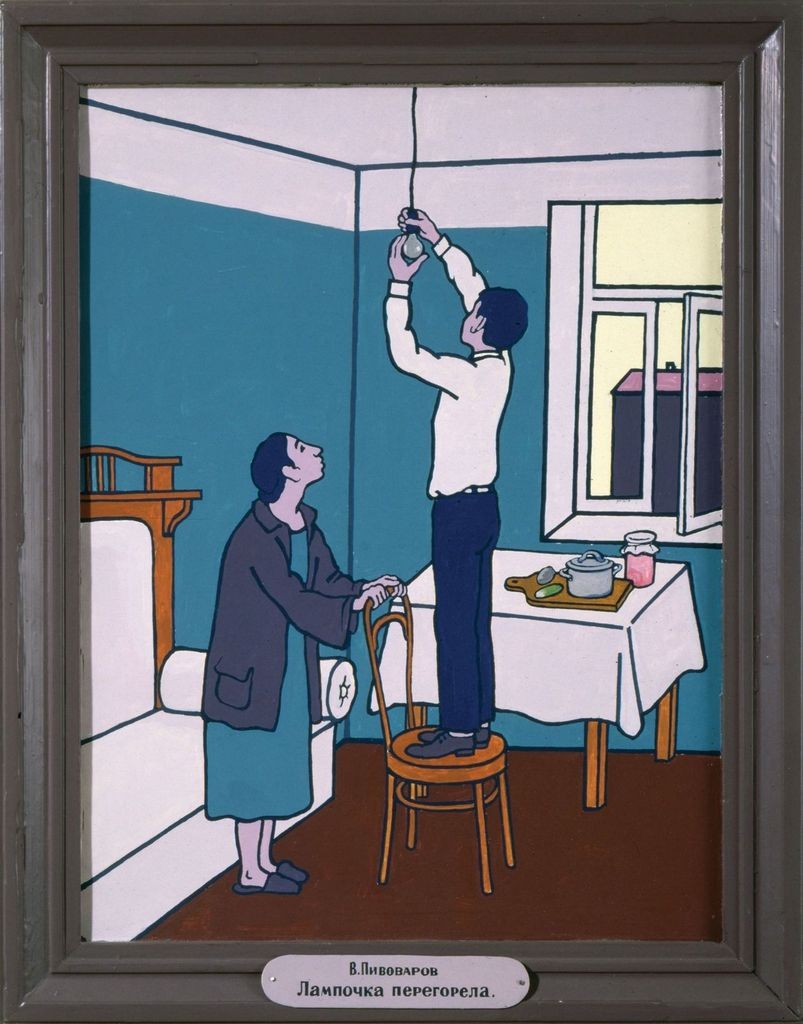 Viktor Pivovarov
The light bulb burned out, 1992–1996
Enamel on cardboard
Courtesy of the artist 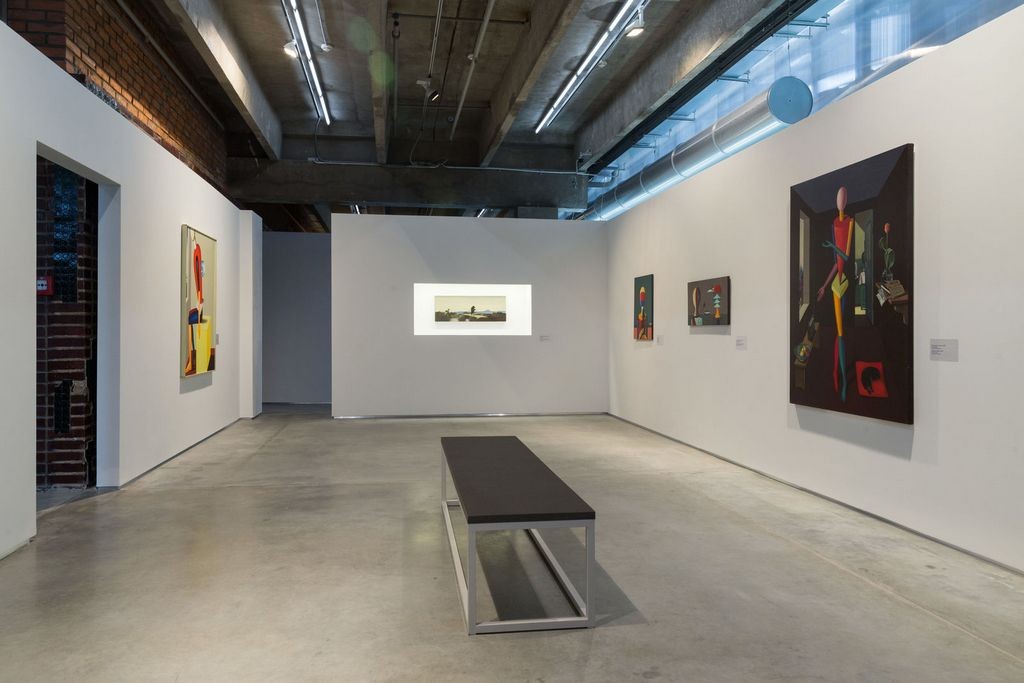 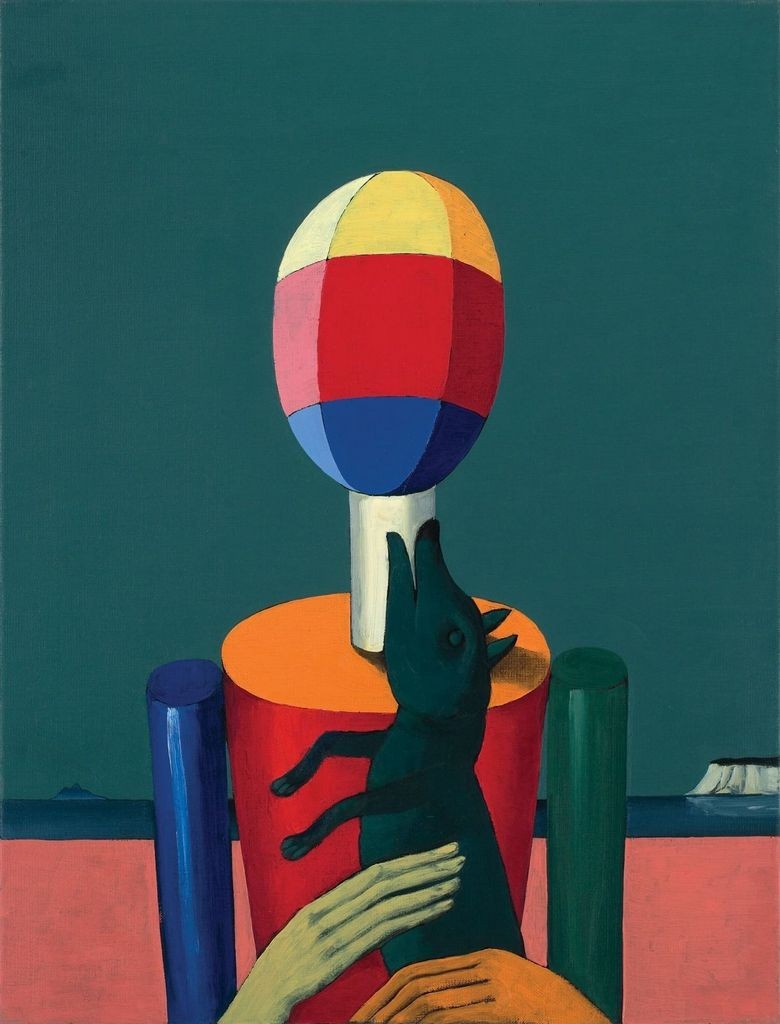 Viktor Pivovarov
Tenderness, 2003
Oil on canvas
Collection of the artist

Viktor Pivovarov
A bird reading in a landscape (after a picture by Carl Spitzweg), 1998
Oil on wood
Courtesy of ART4 Museum 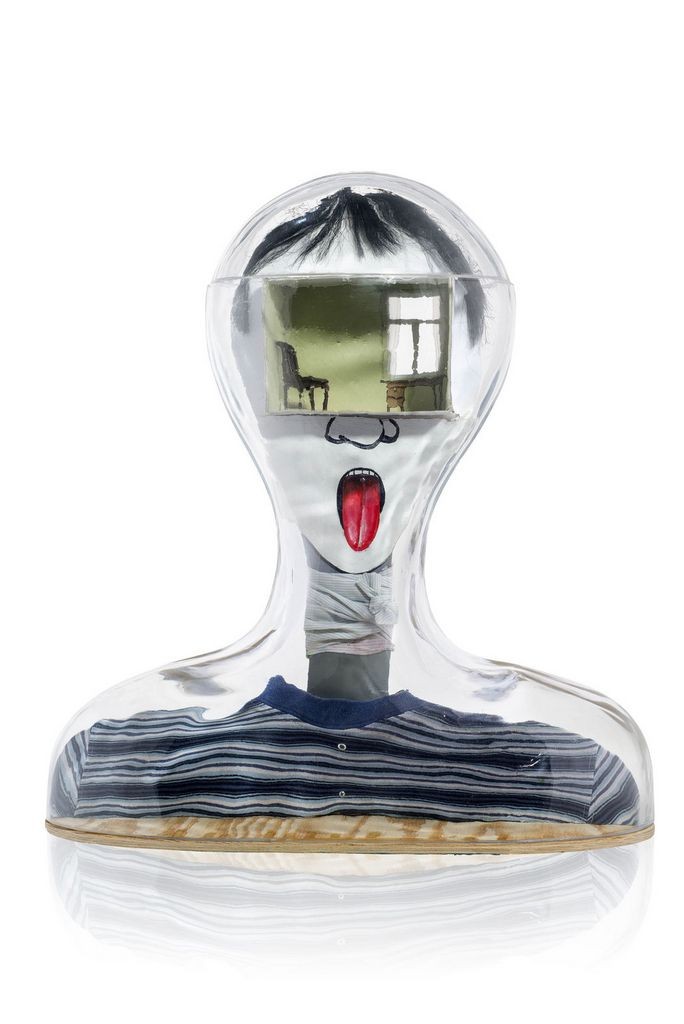 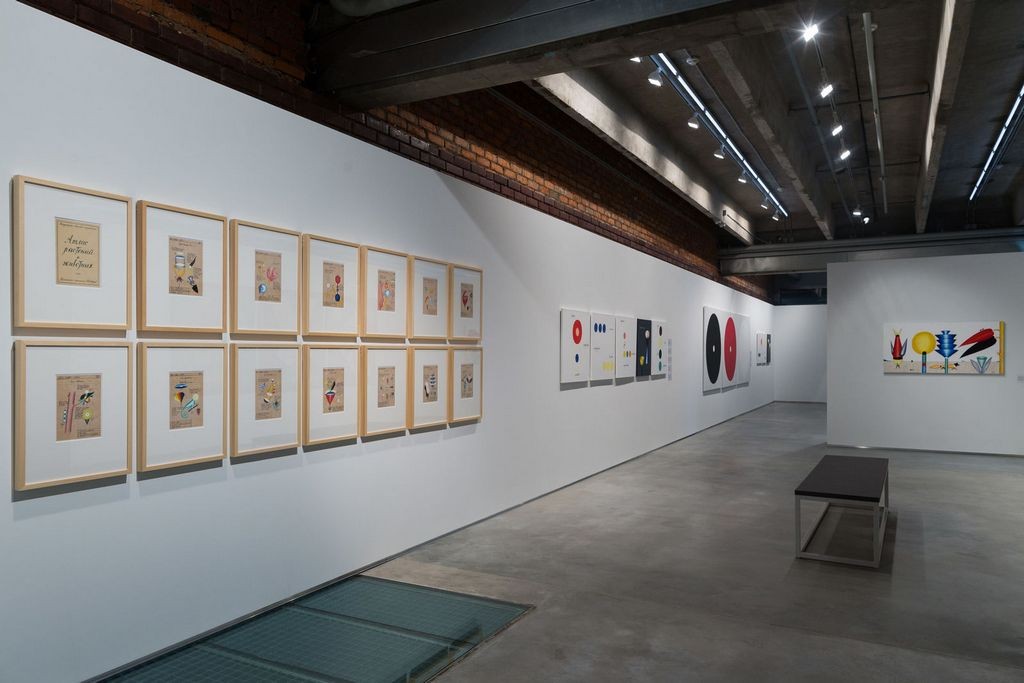 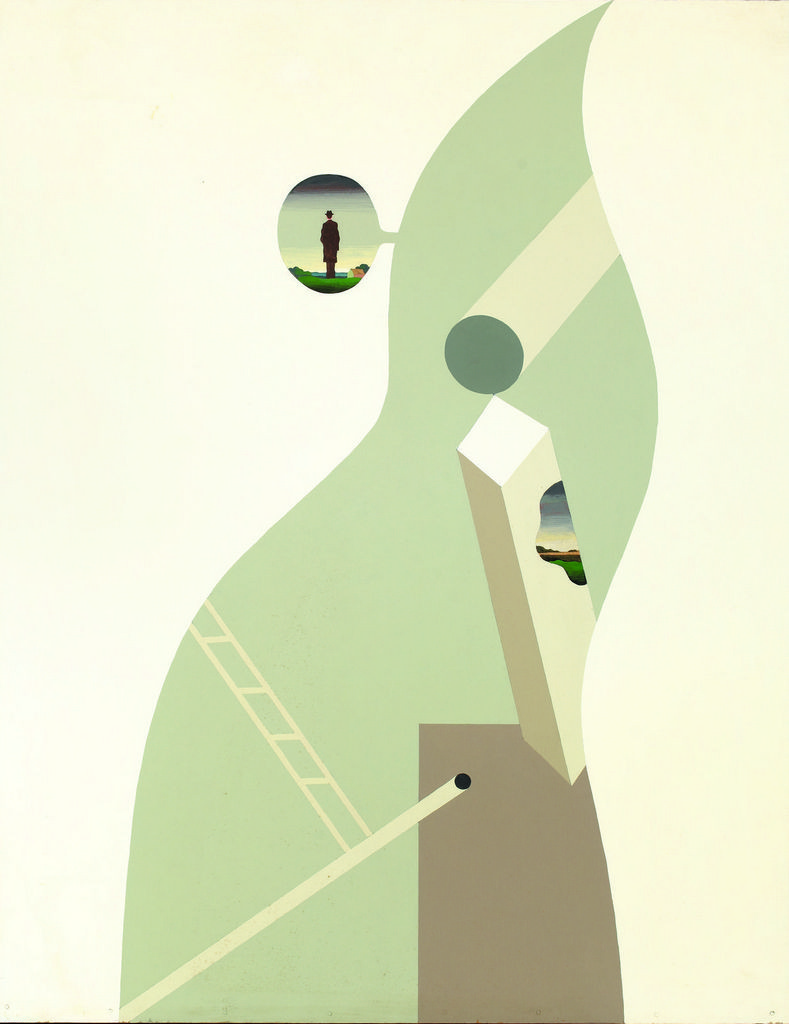 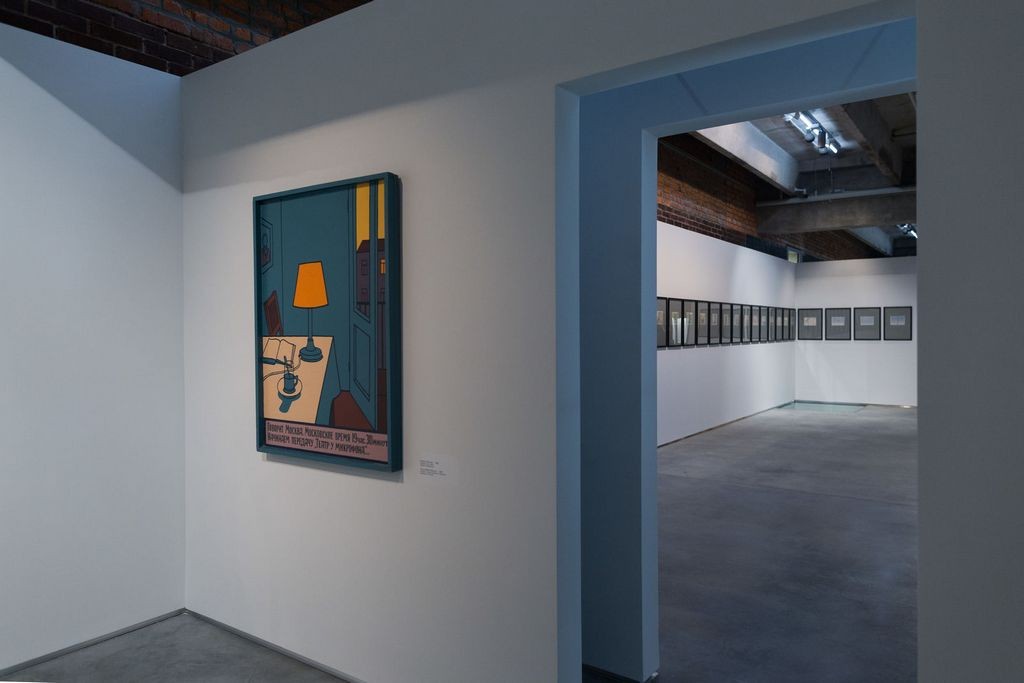 Garage Museum of Contemporary Art presents The Snail’s Trail by Viktor Pivovarov, in celebration of the artist’s forthcoming 80th birthday. Revealing the mesmerizing interior worlds which Pivoravov creates in his work as a painter, book designer, illustrator, theoretician, creator of conceptual albums, memoirist, and writer, the exhibition includes works from the mid-1970s through to recent paintings.

The exhibition is the first in which Pivovarov has collaborated with an architect to create an immersive environment, taking audiences on a journey through his highly personalized graphic style. Pivovarov directs the viewer through a series of eleven rooms, each of which reveals a particular emotional experience. These include extreme loneliness (such as in the series Projects for a Lonely Person, 1975; and The Gardens of Monk Rabinovich, 2012–2013); poetic love (the series June–June, 1978–1988); mystical adventures (the Eidos series, 2000–2009); horror and death (Sutra of Doubts and Fears, 2006). The exhibition guide, written by the artist, expands on the situations, themes, and devices he uses in his work.

Taking a new approach to traditional painting, Pivorarov has developed his own complex language—through the use of formal graphs and tables, and imagery reminiscent of children’s book illustrations, posters, and manuals—to depict symbolic riddles, which he leaves the viewer to solve. In addition to presenting a number of key paintings, a significant part of The Snail’s Trail is devoted to Pivovarov’s use of the conceptual album, an art form he pioneered with Ilya Kabakov in the late 1960s. Consisting of pages of images and paradoxical statements, these large-scale books were originally intended to be shown by the artist to individual viewers in a private setting. The two remaining parts of his Garden album (1976, originally in three parts, one of which was lost) will be exhibited together for the first time.

A key member of the Moscow Conceptualist movement—along with Erik Bulatov, Ilya Kabakov, and Andrey Monastyrsky—Pivovarov helped shape the Russian underground art scene from the 1960s. In contrast to his fellow Conceptualists, the artist has always focused on the secret, internalised life of the soul. Commenting on the title of the exhibition, Pivovarov says, “To me, the image of a snail with its shell coiled inward is a metaphor for the entire exhibition and for the introvert’s mind, spiraling deeper and deeper into the cosmos that is a human being.”

The title of the exhibition comes from a work which will be shown at the Pushkin State Museum of Fine Arts in Moscow in an exhibition developed and organized with the support of Garage. Viktor Pivovarov’s most recent series of paintings, Lost Keys, inspired by the Dutch masters of the 16th and 17th centuries, will be exhibited in the Pushkin Museum’s Michelangelo Gallery March 22–May 16, 2016.