Vinyl: Records and Covers By Artists 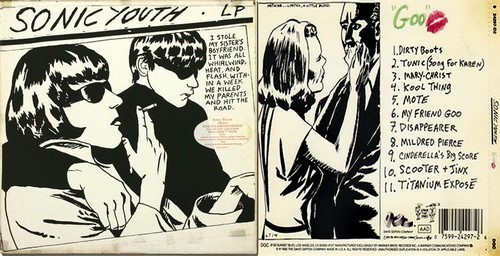 VINYL focuses on a special area of artistic creation in the 20th century.

It shows in visual and acoustic presentation long-playing records of visual artists, reflecting the variety of sound and language experiments at the limits of music. With the extension of artistic expression into the field of sound and the visual forming of the record and its cover works of an innovative character and high aesthetic quality emerged. Artists from different trends of art created for their sound works the adequate covers.

The vinyl records acquire now-a-days a mythic character for the younger generation, for the older already a historical one. The exhibition is divided into different sections, ranging from the avant-garde movements of the twenties, like Dadaism and Futurism, over movements like Fluxus, Nouveau Réalisme, Pop Art, Zaj and Concept Art until most recent sound experiments. Often the recordings are the results of performances or other actions, thus documenting important artistic forms of creation of that period.

Special parts of the exhibition deal with particular themes, e.g. Soundpoetry, or they present with ensembles of records the work of single artists, among others Hanne Darboven, Jean Dubuffet, Dieter Roth, Joseph Beuys, A.R. Penck, Laurie Anderson, Milan Knizak, the group Laibach, William Burroughs and Allen Ginsberg („Beat Generation“), Henri Chopin’s Revue OU or Giorno Poetry Systems. With records from the Rolling Stones and the Beatles the connection between visual art and Rock and Pop Music is shown. Visual artists like Richard Hamilton, Andy Warhol, Robert Frank or Les Levine have given these records their special appearance.

In a special “sound cabinet” the visitor has access to almost all records in the collection. On individual request several hundreds of sound works from 250 LPs can be chosen and be listened to.

*from the curators' note by Guy Schraenen