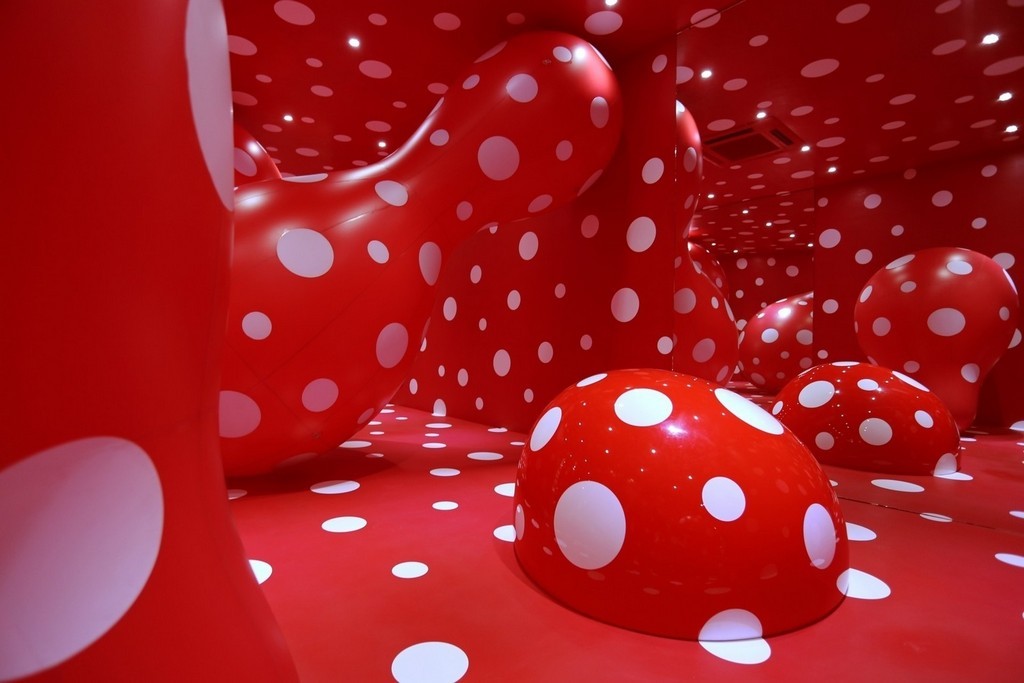 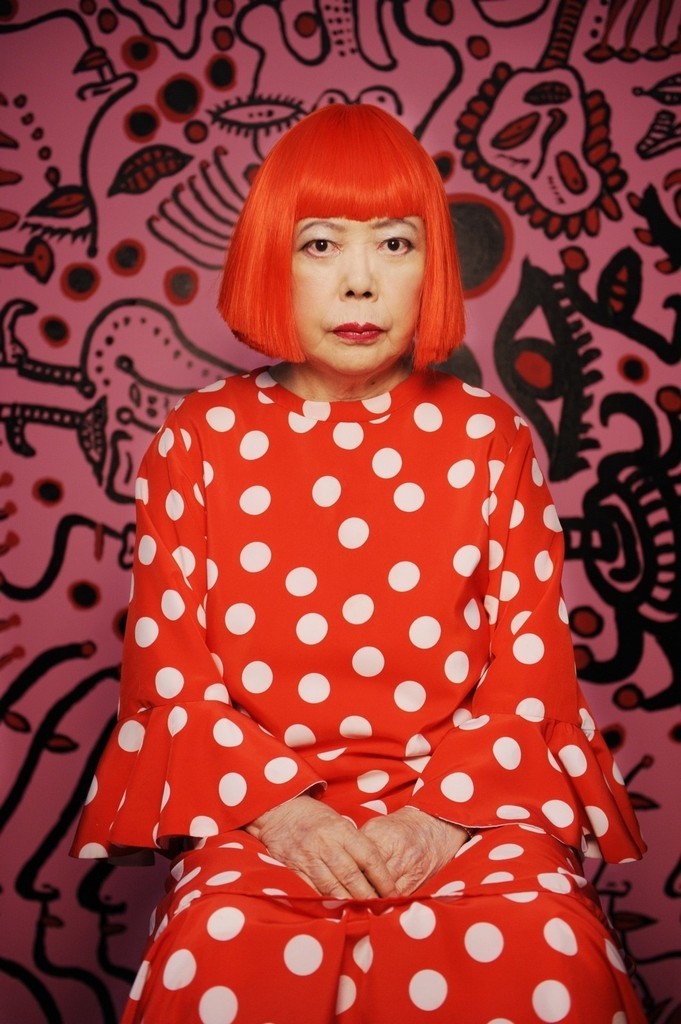 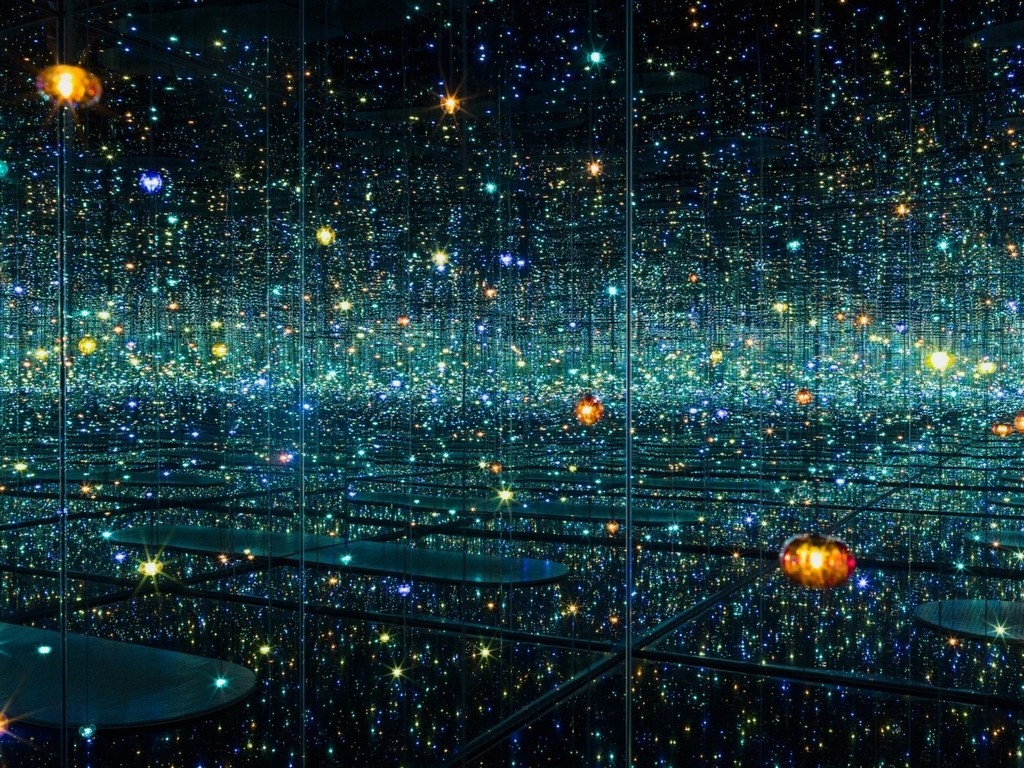 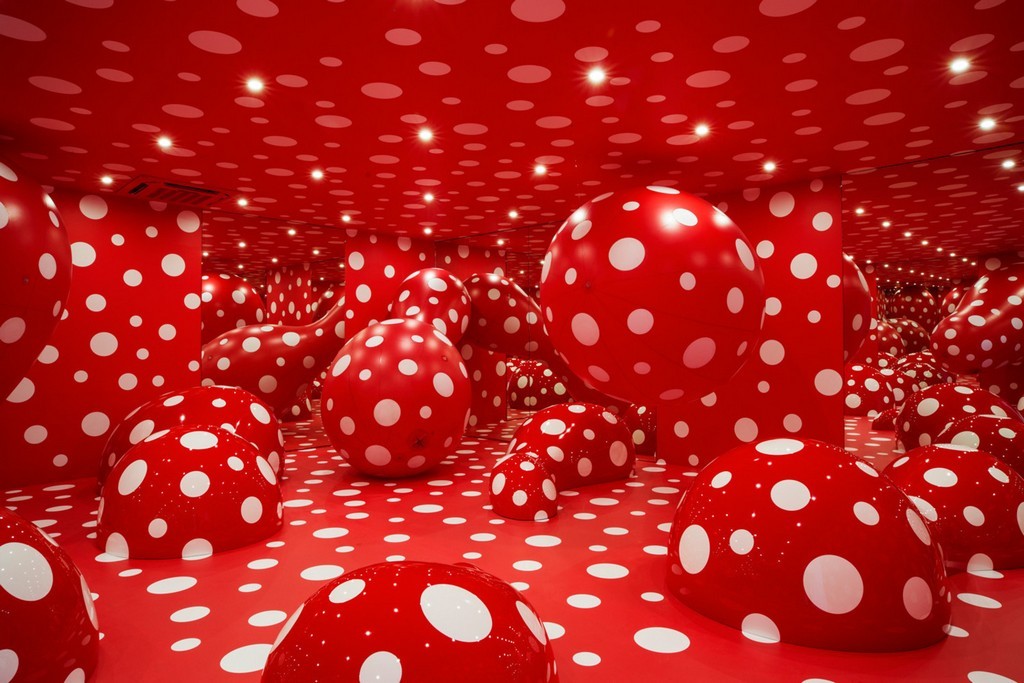 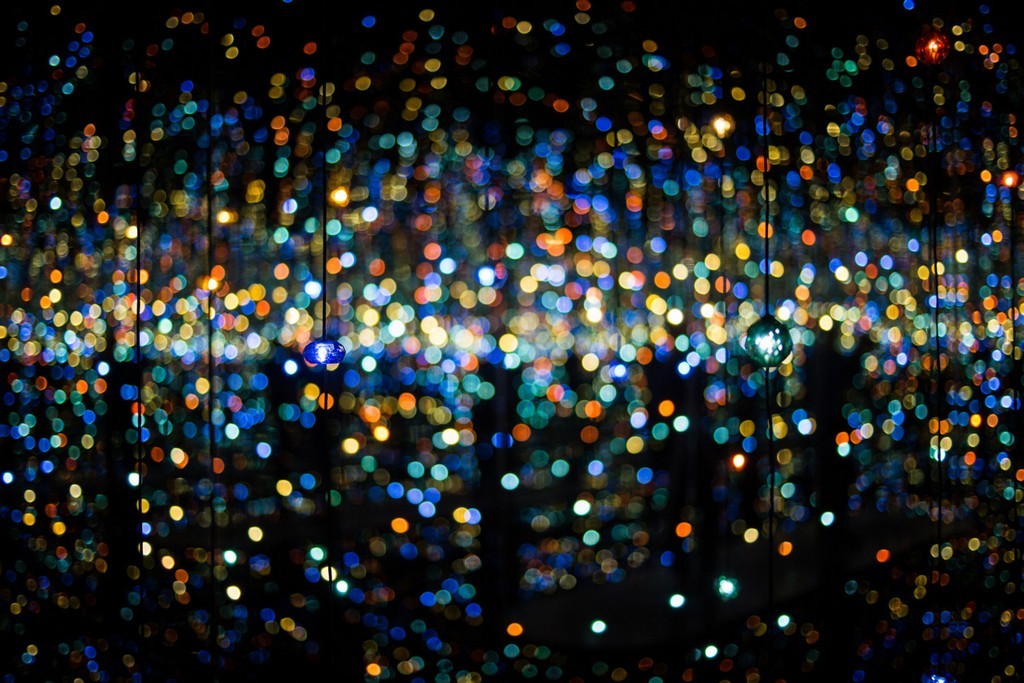 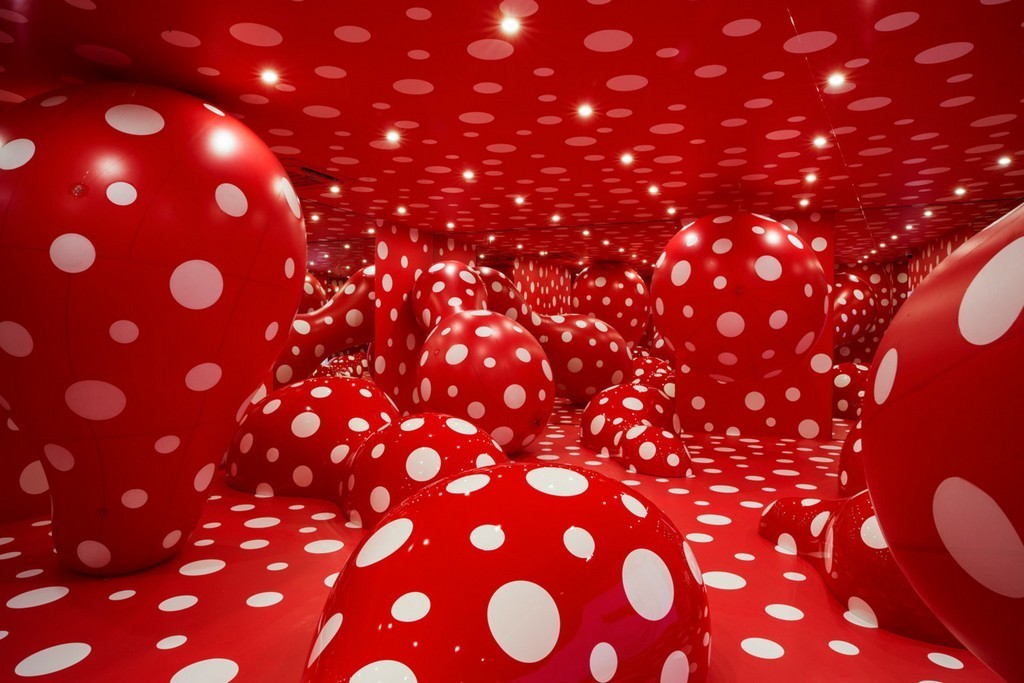 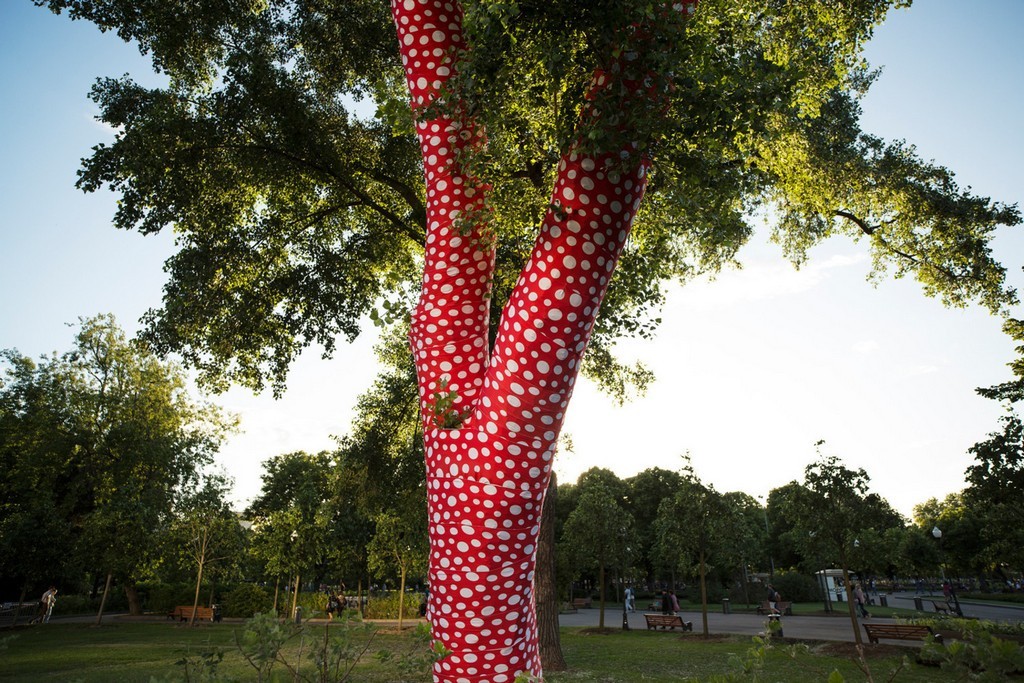 Garage Museum of Contemporary Art presents the first solo exhibition of Japanese artist Yayoi Kusama in Moscow. Plunging the spectator into a series of extraordinary, immersive environments, the exhibition will offer Garage visitors a unique sensory and psychological experience that will extend from the West Gallery into the Auditorium and out into Gorky Park.

Yayoi Kusama: Infinity Theory features two of the artist’s groundbreaking installations: Infinity Mirrored Room–The Souls of Millions of Light Years Away (2013), consists of a room with mirrored walls filled with thousands of small lights, which appear as pulsating dots. These are infinitely reflected in the mirrors to create an illusory cosmos, which is experienced by a lone viewer, enabling each visitor to momentarily get lost in Kusama’s mesmerizing world. Conversely, the installation Guidepost to the Eternal Space (2015) invites audiences to gather amidst an environment in which white polka dots on a red background cover walls and structures, forming an outlandish landscape, confusing viewers’ perception and spatial orientation.

Complimenting the installations, Walking Piece (1966), which is one of Kusama’s earliest works, is a slide film, which shows the artist walking the streets of New York in a traditional Japanese kimono with a parasol. In Garage Auditorium, a film of the performance Kusama’s Self-Obliteration (1967) will be presented weekly. One of Kusama’s best known works, it shows how the artist covers the objects, animals, and people around her with endless colored dots. Beyond the Museum, an urge to extend her artistic gesture into the world outside the gallery is what inspired Ascension of Polkadots on the Trees, a project that Kusama has taken to various public spaces around the world. In Gorky Park, trees in avenue will be wrapped in red cloth decorated with white polka dots.

Kusama’s obsession with creating works using colored dots have their roots in the artist’s psyche, wherein hallucinations have haunted her since her childhood. In her memoirs, she recalls sometimes seeing the pattern in paintings spilling over the edges of the canvas to envelop her and everything around her, dissolving her inner self in the outside world. Later, she would use this perceptual experience, which shifts boundaries between fact and illusion, the real and the imaginary, to create works in a variety of media, from drawing, painting, and installation to sculpture, video, and performance.

Thanks go to KUSAMA Enterprise, Ota Fine Arts, Victoria Miro and David Zwirner for their assistance in the preparation of this exhibition.

Yayoi Kusama was born in 1929 in Matsumoto, Japan and lives and works in Tokyo. Her work gained widespread recognition in the late 1980s after a number of international solo exhibitions. She represented Japan in 1993 at the 45th Venice Biennale to much critical acclaim. A large-scale and well-received retrospective traveled from 2011 to 2012 to the Museo Nacional Centro de Arte Reina Sofía, Madrid; Centre Georges Pompidou, Paris; Tate Modern, London; and the Whitney Museum of American Art, New York. Kusama's work is currently the subject of two major international museum exhibitions. Yayoi Kusama: A Dream I Dreamed is a solo exhibition of over 100 recent works traveling through Asia, which was first displayed at the Daegu Art Museum in Korea, followed by the Museum of Contemporary Art Shanghai and the Seoul Arts Center. Yayoi Kusama: Infinite Obsession tours Central and South America throughout 2015.
www.garagemca.org