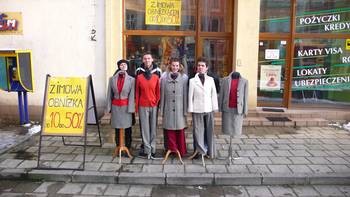 Communication is always based on contingency. If we were to know in advance what our interlocutor was about to say then communication would not only be very boring but quite impossible. The unpredictable exchange of information hitherto unknown to the respective persons engaged in a conversation is a constitutive instance in the communicative process. The persons thus engaged would feel at a loss however, were this process not subject to certain formal rules: super-ordinate norms that help to successfully structure the course of a conversation.

Contingency is an everyday experience – not only in intercultural exchange but equally in those “uncertain times” that are currently so often cited (as they were in every period of history). Other ways must be found of dealing with this fundamental insecurity. An artistic approach in this regard appears particularly promising, as it affords opportunities to act without restraint in a given space and – whilst not necessarily coming up with right answers – it does allow the right questions to be asked, which lead to alternative ways of dealing with the unexpected and contingent.

In the arts field, the unpredictable and coincidental has always profoundly influenced the development of ideas and methods for different creative techniques. Artistic production in the 20th century provides numerous examples, from écriture automatique in literature, through the Fluxus movement’s performances, Yves Klein’s anthropometry, Warhol’s Rorschach paintings, to generative computer systems, which use chance and evolutionary procedures for the creation of images and sound.

The goal of integrating the coincidental and unforeseeable is a paradoxical artistic means of altering the dynamics of creative situations and treading new paths in art. To partially relinquish control in order to emphasise the role of contingency and open systems is an attempt to transcend one’s own and other people’s horizons. The exhibition, Unpredictable Encounters is based on the idea that coincidental occurrences can foster fruitful encounters between Polish and German (sound-) artists.

Four artists resident in Germany and four Polish artists were invited to take up the challenge of forming bi-national duos to produce collaborative audio-visual projects for an exhibition at CTM.08. The artists involved had never previously worked with one another. During a 1-week workshop at the recent Unsound Festival in Krakow (in November 2007) they had the opportunity to develop joint approaches and projects. Work begun in Krakow will be continued throughout January, until the opening of the exhibition in the project space, General Public, on Wednesday, 23. January. What can be expected is that it will take not only the public by surprise but also the artists themselves.

This project is a cooperation between Unsound, CTM and DISK e.V. with the friendly support of the Foundation for German-Polish Cooperation, Polish Institute Berlin, Goethe Institute Krakow and satis&fy AG Germany.
www.generalpublic.de