Animism. Modernity through the Looking Glass 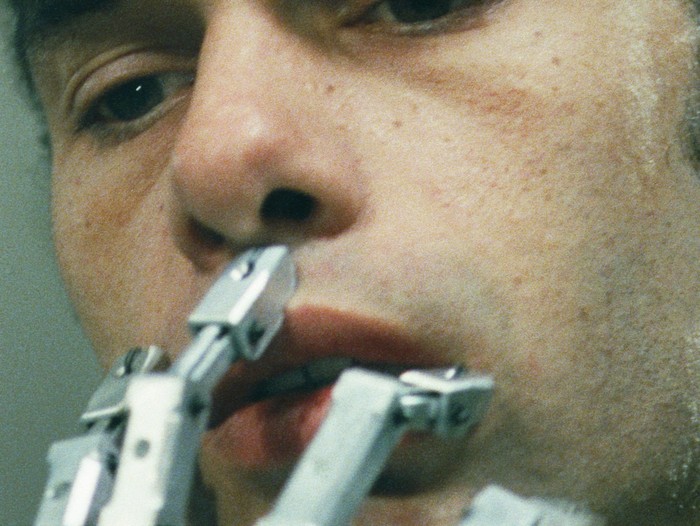 Animism is a multipart exhibition project; after episodes in Antwerp and Berne, it is now on display at the Generali Foundation. The exhibition Animism. Modernity through the Looking Glass takes up the current broad-based reassessment of modernity, examining the ethnological conception of animism as it was framed in the context of colonialism as well as the concept of animism in psychoanalysis. In Vienna, the city of Sigmund Freud, one focus of the exhibition is on aesthetic approaches that subject the distinction between the psychological "inside" world and the material "outside" world to critical scrutiny.

The "old" animism—modernity’s vanishing point
By the end of the nineteenth century, animism is defined as a set of superstitious beliefs, as a "projection" mistaken reality by means of which the "primitive mind" populates the world with souls and spirits, endowing things and nature with life, agency, and subjecthood. At the height of European colonialism, animism becomes the quintessence of civilization’s opposite, the exemplary expression of a primitive "state of nature" in which psyche and nature appear as inextricably fused. In the context of colonial modernity this image of animism operated as a mirror, in which modernity affirms itself by showing what it is not. To be modern meant to leave animism behind and to separate the world in accordance with the dualist divides that have been in effect since Descartes: soul and body, mind and matter.

The "new" animism—a reactivation
In the context of a critique of the dualisms and static categories of modernity, anthro-pologists have recently begun to reassess animism. Avoiding Western notions of what "life," "soul," "self," "nature," "supernatural forces," or "belief" are, can we understand animism as a practice that revolves around different experiences of the relations between subject and object? Around processes of subjectivation and objectivation, for instance, rather than rigid categories? In light of current ecological, technological, and biopolitical developments, finding novel ways to rethink the boundaries between nature and culture, between human and non-human (nature, technology), between psyche and outside world, and between life and non-life represents an urgent political challenge.

Scenes of an exhibition—lines of demarcation, thresholds, transitions
The exhibition Animism. Modernity through the Looking Glass negotiates these boundaries by means of aesthetic processes that reveal what happens once the rigorous divides between subject and object is dissolved. The museum, as an objectifying and mummifying device, likewise comes under critical scrutiny.
Candida Höfer’s photographs depict views from ethnographic collections, and thus point to the continuity of preservation and the rationale of knowledge with which this exhibition, inevitably, communicates. Jimmie Durham’s installation The Dangers of Petrification (2007) holds up a playful mirror to the mortifying museum apparatus and the Western notion of stone as "dead" matter. Victor Grippo further displaces the concept of inanimate matter by harnessing the energy contained in potatoes in his works and highlighting their socio-political import as "givers of life."
The archival installation Assembly (Animism) (1992–) by Agency displays a selection of its vast collection of court cases in which legal disputes around copyright, authorship, creativity, and agency turn into forums that negotiate the very boundary between humans and things, between nature and culture.

Len Lye’s animation film Tusalava (1929), which consists of thousands of individual drawings, evinces the influence of Australian Aboriginal art and may be considered a "primitivist" work of sorts. In the exhibition, it appears in the immediate vicinity of Walt Disney’s The Skeleton Dance, also created in 1929, a film that exemplarily articulates the "laws" of the cinematically animated universe. Capitalism: Slavery (2006), a video by Ken Jacobs, takes the question regarding the possibilities of filmic animation one step further by linking the technique of the animated image to the standardized monotonous gesture of the slave laborers on a plantation. Joachim Koester’s work, My Frontier is an Endless Wall of Points (2007), animating the drawings made by Henri Michaux under the influence of mescaline, addresses a growing divide between the representable and non-representable, between symbolic structure and imagination.

Assemblages (2010) a video installation and research project by Angela Melitopoulos and Maurizio Lazzarato, follows the intellectual trajectory of Félix Guattari—philosopher, activist, institutional psychotherapist and co author of Gilles Deleuze. A further extension of the installation, Déconnage (2011), produced for the exhibition in Vienna, focuses on Guattari’s "precursor" François Tosquelles. The two works bring together the two persistent strands that structure this exhibition, the relations between self and world and between humans and nature and trace them in the context of the history of psychiatry as well as political resistance.

The many works in the exhibition use a variety of media and heterogeneous strategies to trace lines of demarcation, thresholds, and transitions across the canonical divisions, displacing, exaggerating, and transforming them. Animism. Modernity through the Looking Glass suggests a revision and decolonization of not only our traditional understanding of animism but also the modern imaginary it articulates.