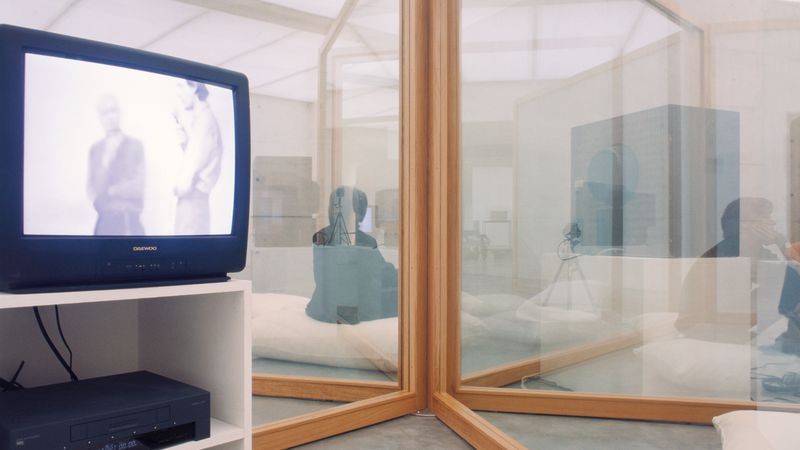 The third in a rotating series of installations of art from the Museum der Moderne Salzburg collections once again presents selected works from the Generali Foundation Collection – on permanent loan to the Museum der Moderne Salzburg – in dialogue with the museum’s own holdings of prints and photographs as well as paintings and sculptures from the MAP collection. A thematically focused sequence of 130 works by twenty-six artists, it explores a variety of perspectives on life on several continents and at different times in history.

Those who would change reality would do well not only to ask specific questions, but also try to appreciate existing problems and conflicts in all their ambivalence and the self-images of the various parties, as Adrian Piper forcefully demonstrates in her two-part installation Black Box/White Box (1992). Image-and-text montages by Sanja Iveković, meanwhile, tell stories of the “bitter” life in 1970s Yugoslavia as well as its “sweet” sides. The real world and the fantasies into which we escape also appear in other works. Birgit Jürgenssen’s photographic Interieurs (Interiors, 1997) and Dan Graham’s New Design for Showing Videos (1995) articulate a critical examination of the public and private spheres.

Instead of consuming impressions or chasing visions of the “right” life, the exhibition suggests, we should reflect on the pitfalls of perception. As the visitors ascend the museum’s entrance stairs, VALIE EXPORT’s closed-circuit video installation Zeitlücken – Raumspalten (Gaps in Time – Cracks in Space, 1973/2015) forcefully reminds them of their own flipside before they even enter the galleries properly speaking. A separate room is dedicated to the work of VALIE EXPORT, who is represented by central pieces in the Generali Foundation Collection.