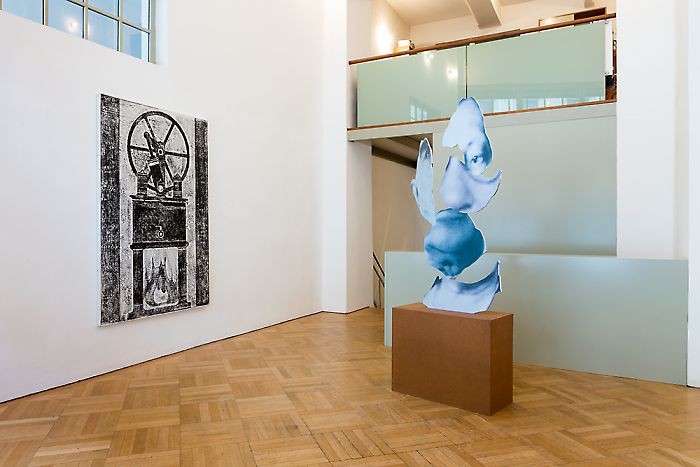 On Signs and Bodies

The interpenetration of art and life as avantgardist wishful thinking—aligned to a supposedly better “other life”—appears to have taken effect in economic and social realms in particular. Concepts that were once of emancipatory nature have a cheerful afterlife in the world of management, in the working environment, in actuarial directives, or in historical-political fictions. This exhibition focuses on artistic projects that analytically address visualization strategies against, along, or in accordance with these developments.

Technologies of power that strive to optimize and regulate living conditions within mass society come up against the boundaries of representability. Causal relations that reference particular interests, hence describing individual destinies, no longer appear in informational, graphical statements; subjects appear as statistically reduced figures, as repetitive representatives, or as diagrammatically faceless vicegerents; they become abstract symbols.

Artistic projects that reference or avail themselves of these representational forms are aware of this contradiction between universal and unique aspects. The latter are only then depictable if a collective is formed, in terms of numbers, which embodies an identity or a clear affiliation. People make up the population, yet they only lend themselves to representation when possessing a conceptual and visual identity and sharing it with others. This involves being affiliated with a society; the regulatory power of the state cannot tolerate subjects that inhere on the far side of these representational relations. Accounting for solidarity within society are not issues of state but rather a suspension thereof that counters governmental power.
www.georgkargl.com