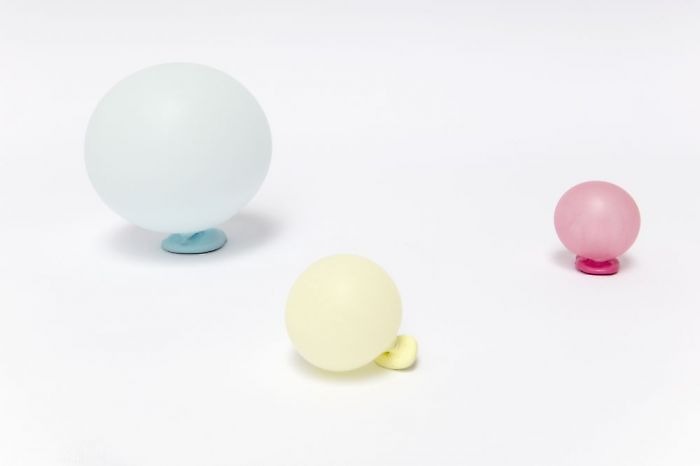 Time is a strange concept. It becomes within subjective perception unpredictable. Sometimes it slips through your fingers like fine sand. And sometimes it seems as if time got stuck, it stands still. The idea of an “absolute, true and mathematical time,” which Isaac Newton formulated at the end of the 17th century, a time, “which in it’s own nature, passes equably without relation to anything external” becomes a mockery, when seconds, minutes, hours, days don’t seem to pass – nothing happening is worth remembering.

To measure time, to notice it passing at all, needs something that changes, something that moves, ideally continuously, constantly like the hands of a clock; or, like the sun changing position in the sky as the Earth orbits it.

Liddy Scheffknecht (b. 1980 in Dornbirn) made the sun her accomplice. With its help she investigates ways to visualize the course of things, and temporality as such. In her current exhibition at Georg Kargl Box, Scheffknecht presents new works on paper and a group of earlier sculptures in glass. They all share ur-photographic moments, points in time, like the title of the exhibition expresses. Scheffknecht tries to capture moments and transform fugitive situations into static images.

now, 2018, as well as 9 to 5, 2018, are drawings-on-paper in wax crayon for which the artist developed an ingenious production method: She mounted sheets of paper onto a window, out of which she cut out phrases such as “now”, “9 am” and “5 pm”. Depending on the location of the sun the light falls through the paper cutouts onto the drawing ground – a paper covered with black wax crayon – at different angles. Regarding the work now, the artist scratched the outlines of this light projection into the wax crayon surface at intervals of ten minutes during each day, resulting in a line drawing of overlapping letters. 9 to 5 reveals a similarly rigorous approach, in which Scheffknecht captures, on every morning during a period in summer, the time stated “9 am” and in the late afternoon the specific outlines of the specifically articulated “5 pm” on the paper. At a glance, the white scratching on the black surface recalls star signs of celestial bodies from eons ago. In so doing, the work seems to merge concepts of transience and infinity.

At a closer look, the letters can be identified and their meaning comes into focus: now as the embodiment of a moment which has already passed as soon as you become aware of it; 9 to 5 as model of the traditional working day, which in the current working environment, in which flexibility counts as a key competence, has past-its-used-by-date: in September 2018 Austrian legislation was passed amending the official 8-hour working day to a 12-hour working day. In this work, Scheffknecht reminds us in the market dominated and efficiency orientated world – nothing is in as short supply as available time.

Scheffknecht’s glass sculptures – Bubblegums, 2010 – can be viewed as playful counterpoints: the bubbles are reconstructed in glass to expand something momentary into something permanent in a different way. Scheffknecht maintains the point of time at which the bubble is at maximum capacity just before bursting, it is a moment of pure childlike carefreeness, comprising an utterly meaningless pleasure that derives its beautify because it's already over.