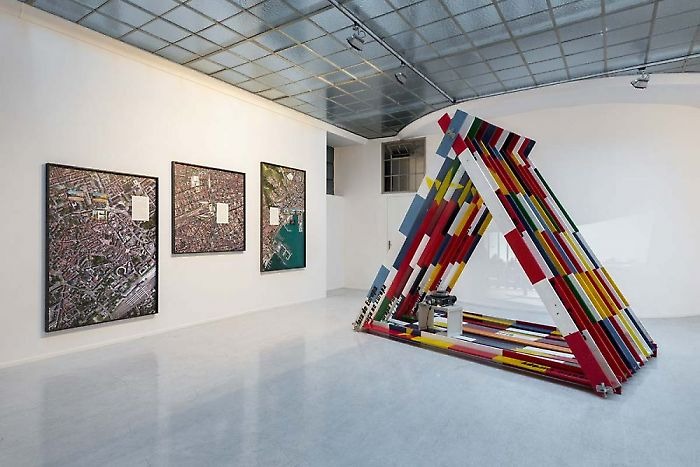 The exhibition Vienna Transit uses snapshots to remind viewers that an art city like Vienna obtains its relevance not from its gloriously central location in Europe but from its function as a place of transfer. This exhibition presents various works by artists who have at one point in their life found themselves in Vienna.

Furthermore the exhibition reflects the location of the gallery itself. Gerwald Rockenschaub’s logo for the Freihausviertel from 1998 and Christian Philipp Müller’s A World Of Its Own, a socio-historical field research and exhibition project around the Freihaus initiated by Georg Kargl, marked the beginning of a process of change in the district. Since then the area around Schleifmühlgasse has been transformed into a dense sociotope where restaurants, galleries and shops form a kind of urban living room for the Viennese scene. In 2018 the Freihausviertel association and Georg Kargl Fine Arts celebrate their 20th anniversary.