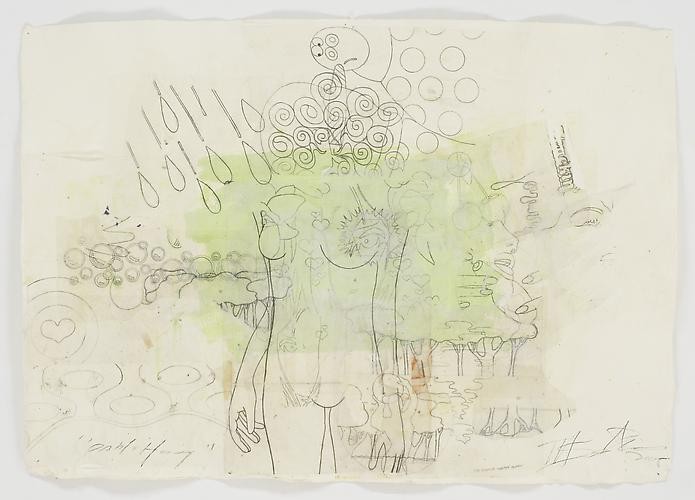 GERING & LóPEZ GALLERY is pleased to present MICHAEL BEVILACQUA: Radio Amnesia: A Survey of Works on Paper, 1997-2013. This will be the artist’s fourth solo exhibit with the gallery.

In this exhibition, the gallery presents a select group of Bevilacqua’s works on paper, a seemingly boundless and easily manipulated medium that has consistently proven inspirational for the artist. For over 15 years, and for the most part unbeknownst to many who have followed his work, Bevilacqua has experimented with his ideas on paper not as a way to gain clarity in painting, but to add another layer of development to his broader image-making practice. When taken together, one can see the depth of connectedness each medium has on the other. When viewed separately, one is struck at how much variety of form the works on paper present. Painting, collage, photography, drawing, stenciling, cut-outs; there seem to be no rules when it leads to finishing a work. Recently, even manipulating the frames of drawings and supports of canvases has not proved off limits. While the earliest works remain emphatically graphic in nature, the viewer is now presented with a timeline of development in Bevilacqua’s experimentation with any tools that have been at his disposal.

The survey is complimented by a small selection of works on paper by several artists who have drawn from the same freedom of definition, including Robert Rauschenberg, David Salle, Sigmar Polke & David Wojnarowicz. They are not specific influences per se, although each has had an impact on the artist, as have many others. Instead, they remind the viewer that rule-based drawing is a particular mindset that none of these artists, Bevilacqua included, have followed.