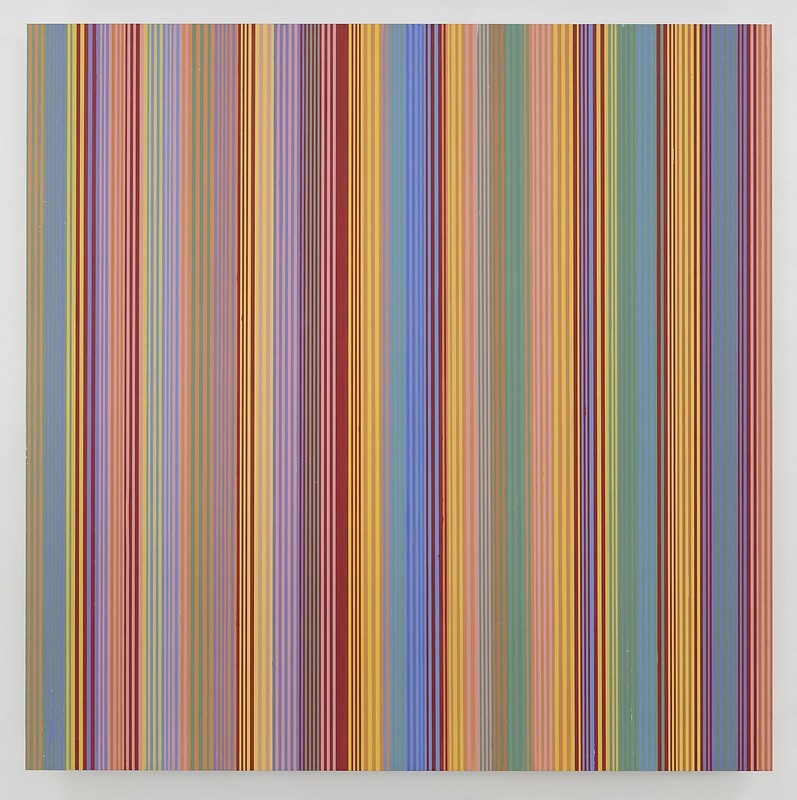 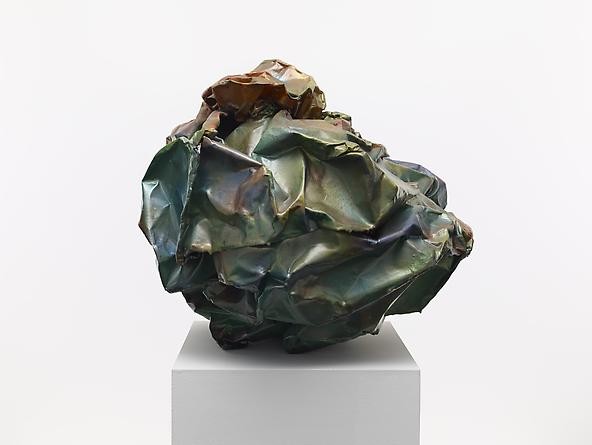 SANDRA GERING INC is pleased to present MICHAEL SCOTT & JOHN CHAMBERLAIN: a conversation, an exhibition of painting and sculpture, and Scott’s fourth solo exhibition with the gallery.
For this exhibition, the gallery has chosen works from Scott’s recent monochrome and striped enamel on aluminum paintings and paired them with Chamberlain’s Asarabaca, a sculpture from 1973. Reflecting on the exhibition, one begins to see similarities in regard to each artist’s perspective on color, material & form. Where Scott often chooses to vigorously embrace or completely eliminate color to highlight the linear structure of his paintings, Chamberlain can similarly be seen controlling the application or removal of color to heighten depth and accentuate form in Asarabaca. With both, the play of light on their surfaces helps define shadow and line, as well as inherent flaws in material. In Scott’s monochrome paintings, there are subtle references to Ad Reinhardt and Agnes Martin. However, it is the attention to surface and dimension, rather than line and color, which lends parallels to Chamberlain and other Modern artists. Lastly, for most of each artist’s careers metal has been a signature choice of material. The gravitas of this choice is not lost on this pairing.
Michael Scott has exhibited internationally since 1989. Venues have included Le Consortium, Dijon & Le FRAC, Nord-Pas de Calais, France; the Grand Palais National Galleries, Paris; Musée des Beaux Arts, La Chaux de Fonds, Switzerland; PS1, New York; Centre National d'art Contemporain de Grenoble, France; Centre Georges Pompidou, Paris; the Museum of Modern & Contemporary Art, Geneva, MAMCO, Geneva, and the Kunsthalle Bern, in Switzerland. Concurrent with this exhibition, an overview of work from the mid 70’s to the present is being exhibited at Circuit, Centre d’art contemporain, Lausanne, Switzerland. Scott lives and works in New York City.
www.geringlopez.com