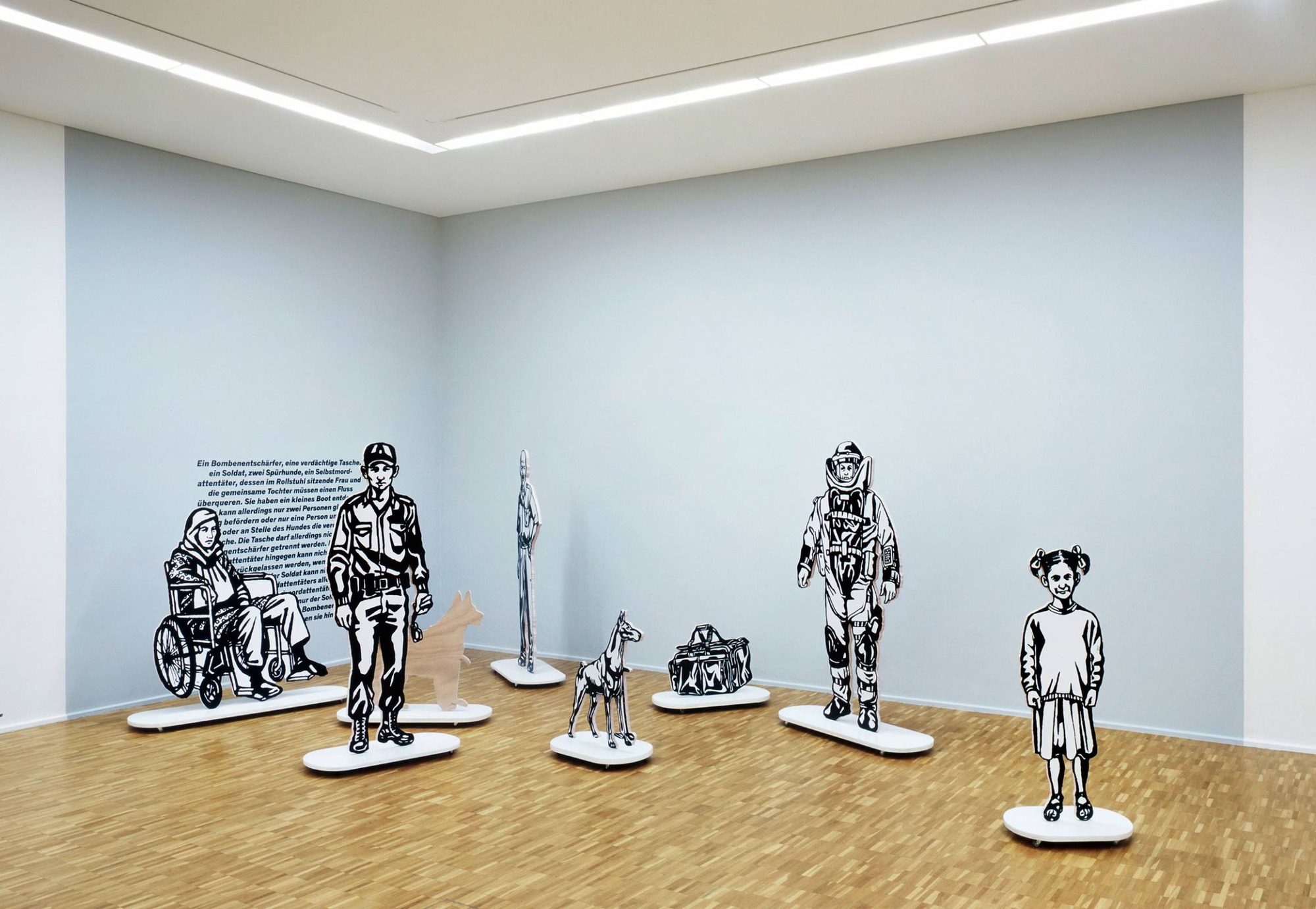 Ahmet Ögüt, River Crossing Puzzle, 2010, photo: Andreas Enrico Grunert
Ahmet Ögüt’s works capture tragicomical moments in people’s everyday lives, which are a consequence of experiencing, perceiving and witnessing social, political and economic upheaval. The artist calls attention to elements of everyday life that seem unimportant at first but signify particular social conditions and (authoritarian) rules. Ögut works—which include comics, photos, videos and interventions in the public space—are set against the backdrop of his critical view of his homeland, Turkey. However, the criticism goes beyond the local conditions and refers to general problems of contemporary society. An important theme for the artist, are the endeavours of Turkey to become member of the EU. His installation Perfect Lovers presents two coins one of two Euros and another of one Turkish lira, which is worth approximately half of its European counterpart but both are surprisingly similar. In this way, Ahmet Ögüt again proposes the contrast between two political and social realities, which monopolize a good part of current global, political debate.

Ahmet Ögüt was born in 1981 in Diyarbakir, Turkey. He studied at the Yildiz Technical University, Department of Art and Design, and the Royal Academy of Visual Arts in Amsterdam. His works have been exhibited in worldwide including Amsterdam, Berlin, Istanbul, Venice, Basel, Zagreb, Ljubljana, Sydney and New York. He lives and works in Amsterdam and Istanbul.
www.gfzk.de