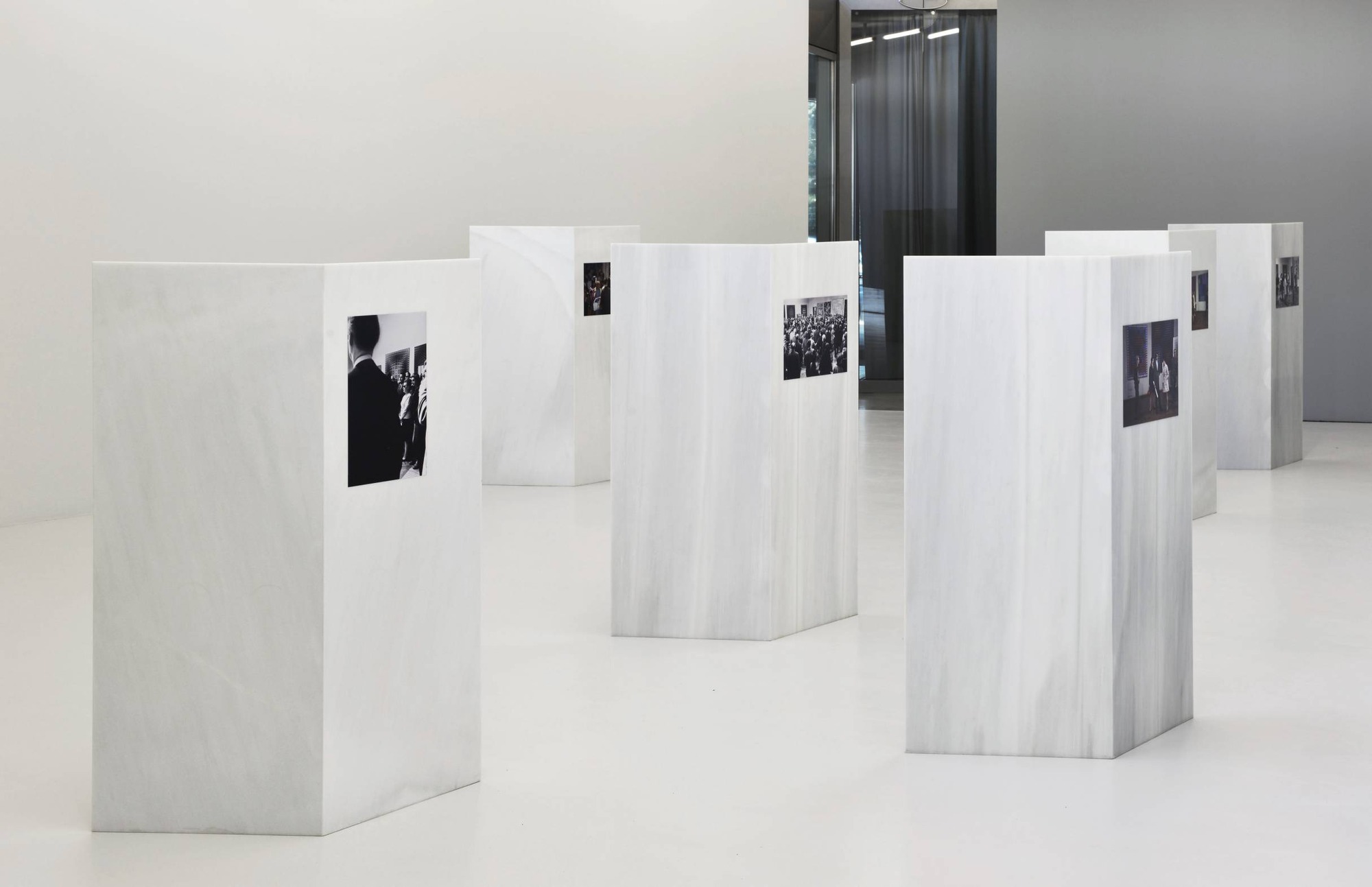 Andreas Fogarasi, Vasarely Go Home, 2011, photo: Sebastian Schröder
Andreas Fogarasi’s project, “Vasarely Go Home” investigates a double event that took place in Budapest on October 18th, 1969. Opening that day, Victor Vasarely, an internationally renowned artist of Hungarian origin, had a large retrospective exhibition at the Kunsthalle in Budapest. While Hungarian avant-garde art (comprising abstract art) of that time was at best tolerated, Vasarely’s exhibition became an immense public event attracting almost 90,000 visitors.
The second event which took place that evening during the exhibition opening at the Kunsthalle was a one-person protest by the artist János Major. He carried a small sign in his pocket reading “Vasarely Go Home”. This he only showed to friends when no one else was looking.

Fogarasi’s research explores the era of slowly progressing political ‘normalization’, which was shaped by a cultural policy of re-establishing contacts with those Hungarian artists who were living abroad. At the same time, it reveals the inner conflict of the artistic scene in Hungary. While the progressive circles were relying on artistic inputs from abroad they were not able to establish their position in the local context.

After exhibitions at the Museo Reina Sofia, Madrid, and at Trafó Gallery, Budapest, ”Vasarely Go Home“ is now shown for the first time in Germany.

In cooperation with the Haus Konstruktiv Zurich a catalogue will be published by Spector Books Leipzig in april 2014, supported by ERSTE Stiftung, Vienna.
www.gfzk.de