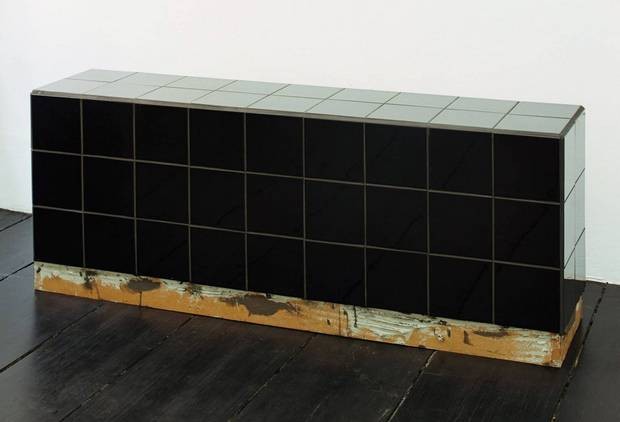 Networking and connectivity have a greater influence on social contacts than ever before. In the competition for attention, an abundance of information on individuals, events or products flows through countless channels. During this process, images as smooth as glass arise; behind their façade, all issues of an insecure, sensitive or awkward nature remain hidden. The omnipresence of the media creates empty spaces: identities without substance, connection without connectedness.

The exhibition by Calla Henkel & Max Pitegoff, Flaka Haliti and Hanne Lippard observes what effect the formatting of the self and the continual adaptation of forms of appearance and behaviour has on personal and professional relationships. In an impressively objective, poetic and humorous way, the artists examine their own roles within their social, discursive and urban environment. Introducing displacements at the interface between subjectivity and projection, they discuss questions of representation, isolation and proximity, capitulation and resilience. Their biographies provide important points of reference, without becoming the actual subject of the works.

Calla Henkel and Max Pitegoff’s photographs and objects refer back to the New Theater in Berlin, of which they were the initiators. In a similar way to the Times Bar before it, the New Theater was a temporary institution where the possibilities of community and interaction could be explored. The series of photographs dealing with Airbnb and startup enterprises are concerned with completely different forms of access and network. They reflect on the question of how the idea of mobility and creativity becomes inscribed in working and living environments, how it manifests itself in the self-conception of the individual and in the urban landscape.

In the work of Flaka Haliti, the idea of belonging takes on an additional meaning. In her installations she deals with the boundaries that separate states and people. They can be politically defined and under military surveillance, or run along private and social relationships, being constantly redrawn in an almost imperceptible way. Her interest is directed equally towards processes of migration and the status of the artist. Whilst addressing the conflict of freedom and constraint, recognition and endurance, she also reveals the complicated relationship between longing, expectations and misunderstandings in human relationships.

Hanne Lippard also investigates the influence of communications media on how people experience one another, what they communicate to each other, and how meaning can be created or lost in the process. In her performances, video and sound installations, the most important form of expression is her voice. She works with repetition and differentiation, consonance and variation, thereby creating a resonance chamber that transforms the cumulation of rythmically arranged syllables and words into a kind of mechanical voice. The free flow of sounds, sense and nonsense, form the cornerstones within which the artist moves as an individual and as a public figure.

Since 1953, the ars viva prize for visual arts has been awarded to young artists on an annual basis by the Kulturkreis der deutschen Wirtschaft im BDI e. V. (Cultural Committee of German Business of the Federation of German Industries). It is presented at the Museum of Contemporary Art Leipzig (GfZK) for the second time. The large exhibition of works ars viva 2016 shows central works by this year’s prizewinners Flaka Haliti, Hanne Lippard, Calla Henkel & Max Pitegoff.
www.gfzk.de