The Garden as a Form of Expression 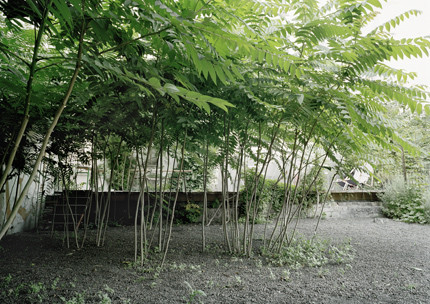 atelier le balto, GfZK Leipzig, 2010
The atelier le balto has been chosen to work on the first commission as part of the programme of New Patrons. In this case the work has been commissioned by the Kultur- und Pilgerverein in Kleinliebenau e.V. near Schkeuditz. The exhibition of projects they have been involved in up to now affords visitors an impression of their approach and work and goes on show in the GfZK before the start of the project in Kleinliebenau.

The atelier le balto has been running its studio for landscape architecture in Berlin since 2000. The studio has been responsible for designing gardens in various cities across Europe, including: Frankfurt an der Oder/S3ubice, Tallinn, Eisleben, Berlin, Paris, Madrid and Metz. In their plans for gardens they always take what is already present into consideration, which is subsequently adopted into the concept with care taken to respect the specifics of locality. By way of simple design changes and means, with the help of raised walkways and certain paths, new perspectives are quite literally created of the grounds, plants and trees. The introduction of new plants depends on the prescribed task and context, and cooperation with local parties is strongly desired.
www.gfzk.de