at sixes and sevens 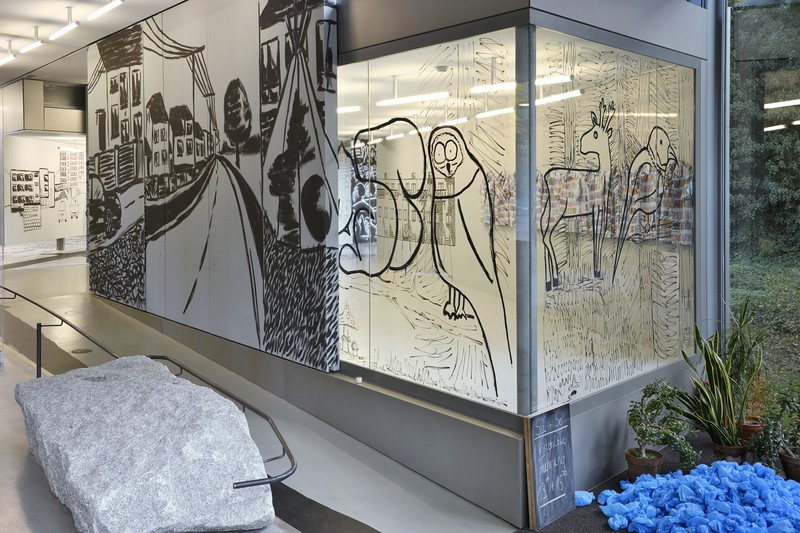 Kateřina Šedá:at sixes and sevens, GfZK 2013; Fotograf Sebastian Schröder
Kateřina Šedá is interested in collective processes and the potential of the individuals who are – or become – involved in them. She questions habits and searches for alternatives. Her immediate surroundings are often the starting point of her artistic actions: in 2011 she was contacted by a 14-year-old schoolboy from Zastávka, a small town near Brno. Together with five friends, he wished to change people’s perception of the town where they went to school. Impressed by the boy’s initiative, Šedá began to do some artistic field research with the group of young people. During the course of these investigations Zastávka, a place with no centre and no perspective orientation, took on more and more of a model character.

The exhibition >at sixes and sevens< is about changes and the possibility of thinking them through and trying them out in a playful way. The title describes a state of disorder, of potential, implying an open process. The versatile architecture of the new GfZK building, which enables all kinds of references to external spaces and links between its individual rooms to be established, provides an excellent framework for a bold experiment: together with six young people, Kateřina Šedá will create a walk-in, interactive town model of Zastávka. The main objective here is not to produce a precise reconstruction, but rather to portray the individual approaches of the participants, the questions they ask and the knowledge they gain during their field research, and the social interaction they experience during the working process. At the same time, Kateřina Šedá integrates several former site specific participatory projects into the all-over structure of the exhibition >at sixes and sevens<.