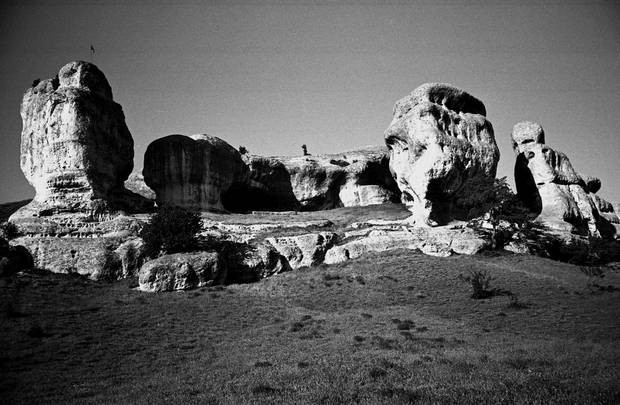 In May 2014, the Crimean film director Oleg Sentsov was abducted by the security services of the Russian Federation. He was later arrested, accused of being the organiser of a terrorist group. After a show trial, the artist was sentenced to 20 years in a penal colony, and taken to Yakutia.

The exhibition Sentsov’s Camera takes us back to these events. In essay form, it tells of how conflicts become inscribed in spaces, and how the inhabitants of these spaces suddenly feel that they are prisoners. The story goes beyond Crimea and the Ukrainian borders to other landscapes such as the Isle of Rügen in Germany or the Solovetsky Islands in Russia. Isolation, repressions, militaristic pathos – all of these things shape the history of these places and the biography of the people who are deprived of their freedom. Their home is transformed into a lonely chamber.

In this chamber, the individual is confronted with the blame that has been assigned to him or her, and with his or her own self. At the same time he or she searches for possibilities to break through the enforced silence, to find a new way of articulating.

Sentsov’s Camera is a space for stories and pictures that have to be told and shown. It is also a lens that reveals the internal conflicts of the narrators. The viewer also recognises himself there. Sentsov’s Camera draws places and events closer, giving us the opportunity to adopt a position of our own and to show solidarity.
www.gfzk.de