A Walk, A Dance, A Ritual 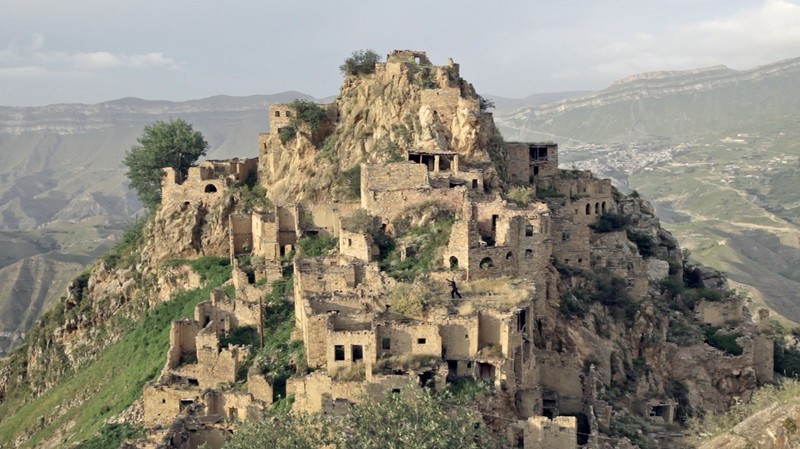 The exhibition ‘A Walk, A Dance, A Ritual’ at the Museum of Contemporary Art Leipzig presents a comprehensive selection of works by Taus Makhacheva, the winner of the Art Prize ‘The Future of Europe’ Leipzig 2014, shown here for the first time in Germany.

Taus Makhacheva originates from Dagestan, in the North Caucasus region of Russia. Related to the country’s historical past is her interest in the complex relationship between history, the politics of memory and contemporary life, which serves as a starting point for most of the works presented. Through the artist’s preferred medium of video art, but also in installations, photographs and objects, she explores and reflects themes and imagery from the fields of art history, anthropology and cultural and social studies. Makhacheva often turns her attention to traditions of the multi-ethnic Caucasian region prior to Sovietisation. The question she asks relates to what actually remains from the past, and how and in what form it has been re-introduced into the everyday lives of her contemporaries with the intention of consolidating post-Soviet society in Dagestan.

The artist’s viewpoint is not nostalgic, however, but focuses on capturing the processes of mixing, borrowing and assimilation, of interaction between the familiar and the alien. In this sense, Makhacheva’s works oppose the official ideological claim for cultural authenticity. Instead, she investigates re-invented traditions, for instance the highly commercialised lavish wedding ceremonies (‘A Space of Celebration’, 2009), or the newly created rituals of initiation by means of illegal car races (‘The Fast and The Furious’, 2011).

The title of the exhibition ‘A Walk, A Dance, A Ritual’ points towards actions and practices, which often feature in Taus Makhacheva’s oeuvres. Through the re-animation of forgotten gestures and rites, the human being – in most cases the artist herself – physically explores his/her immediate (social) environment in an attempt to analyse it, to establish connections, to be accepted within and by that same environment. The artist’s practice thus reflects a societal condition that applies not only in the Caucasian context. This is the seemingly paradoxical experience of belonging to a certain community/society while at the same time observing it as an outsider, from the exterior.

Taus Makhacheva (born in Moscow in 1983) – winner of the ‘Innovation Prize’ 2012, the Russian state award in contemporary art (‘New Generation’ category, project ‘The Fast and The Furious’) and nominee for the Kandinsky prize in 2011 (‘Media Project of the Year’ category). Holds a BA in Fine Art from Goldsmiths College (London) and an MA from the Royal College of Art (London).

The Art Prize `The Future of Europe ́ was launched in 2003 by Matthias Brühl and Dietmar Schulz in cooperation with the Museum of Contemporary Art with the aim of acknowledging the artistic achievements of artists from Europe. Over the years, the art prize, worth 5,000 Euros, has become an important award in the field of contemporary art. It is not tied to a particular project or the purchase of a work of art, but is rather intended to encourage artists to continue their artistic endeavours. Thanks to its donors, this art prize has become a model example of a lasting connection between art and private support.
‘There are many concepts about what Europe is and could be. We believe that Germany plays an important role fostering the peaceful co-existence of all of them. It is important for us to encourage this exchange, as it has long been proven that art gives people the chance to work together without having to make any immediate political or economic commitments.’ Matthias Brühl, Dietmar Schulz, donors
www.gfzk.de