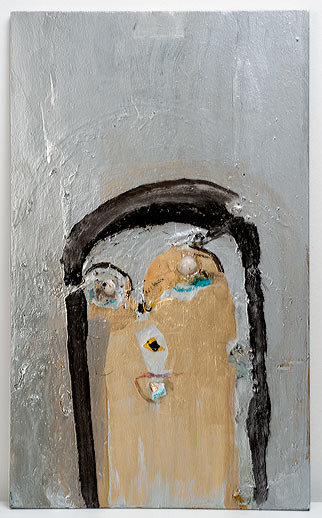 Gladstone Gallery is pleased to announce an exhibition of works by Marisa Merz. Born in Turin, Italy, Merz was a central figure and the only woman associated with the Arte Povera movement of the late 1960s and 70s. Known for her unusual use of materials such as copper-wire, clay, and wax, Merz’s works reflect the poetic sensibility that delicately entwines her vision of art and life.

Consisting of drawings and sculptures, this exhibition continues to investigate Merz’s unique and intimate vision of finding meaning within the possibilities of the everyday. One of the most significant themes to arise from Merz’s oeuvre is the image of the face, which is centered upon the essential and universal question of being. In these works, the figure of the face emerges as a vestige of the eternal human spirit, capturing a single and infinite moment of appearing and becoming. Composed of fleeting arabesque lines, Merz’s figures are disconnected from any social or narrative context. Instead, each reveals a ghostly configuration of abstracted features that defy expressions of individual identity, fixing each in a state of suspended time. Operating within their own temporal logic, these works powerfully mirror Merz’s overarching artistic belief in the enduring effect of each artwork beyond its material realization and the constraints of time and place. Through these works Merz’s meticulous formal inventions reflect directly the gestures of her psyche, inviting each viewer into the inner spaces of her life.