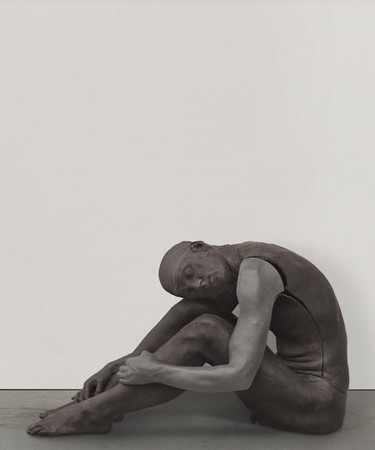 Gladstone Gallery is pleased to announce an exhibition of new work by Swiss artist Ugo Rondinone. Born in 1964, Rondinone has been working since the mid 1980s to create immersive and affectively charged meditations on the experiential qualities of the everyday. Drawing upon the subject of the dream and dream-states as well as the metaphysical nature of being in the world, Rondinone subtly crosses the borders between the personal and the universal while working in a broad range of media, including sculpture, photography, video, and drawing. Using stark installations stripped of narrative action, Rondinone deftly crafts scenarios in which the viewer is confronted with the primacy of one's own existence and the fleeting charge of the present moment.

This exhibition will present new sculptures from the nude series, which began in 2010. Consisting of a group of three cast-wax, human-scale figures, these works further explore Rondinone’s interest in the conditions of consciousness and the transience of existence. In contrast to the nude exhibition at Gladstone Gallery’s white cube space in New York, this installation in the domestic environment of the Brussels location shifts the relationship between the sculptures and their surroundings to a more intimate scale. Since the early 1990s, Rondinone has looked to figuration as a means of mining issues of identity and representation both formally and conceptually. His interest in the human subject reveals his inexhaustible questioning of the psychic and emotive depth of self-construction and the underlying conditions of human existence. The figures presented here appear expressionless and remote, seemingly detached from their immediate surroundings in the bare starkness of their forms and their varying poses of hermetic contemplation. Through the primary and exposed state of representation as well as the material composition of his subjects, Rondinone creates a timeless scenario in which sensorial and existential encounters collide.

Rondinone was born in 1964 in Brunnen, Switzerland. His work has most recently been the subject of solo exhibitions at Kunsthaus Aargauer, Switzerland and Museo de Arte Contemporéneo de Castilla y León, Spain. His work was also recently included in the 2011 Yokohama Triennale, titled after one of his works, “Our Magic Hour,” on view until November 6th. In 2007 he represented Switzerland in the 52nd Venice Biennial as well as curated “The Third Mind” at Palais de Tokyo in Paris. He currently lives and works in New York.
www.gladstonegallery.com