Wait for Me at the Bottom of the Pool 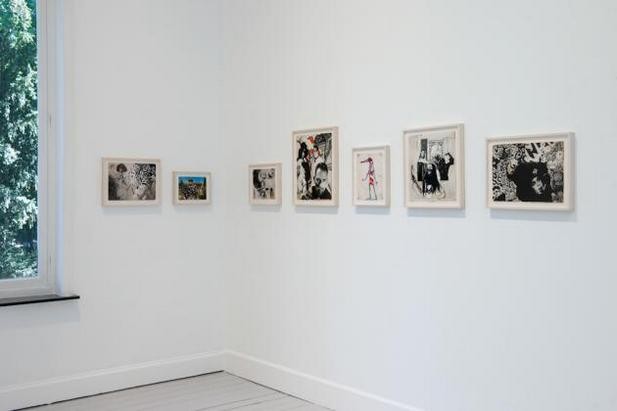 Gladstone Gallery in Brussels is pleased to present a group exhibition featuring works by Lynn Hershman Leeson, Cameron Jamie, Marisa Merz, Elizabeth Peyton, Jack Smith, Rosemarie Trockel, and Andro Wekua. Taking its title from a collection of essays by Jack Smith, “Wait for Me at the Bottom of the Pool” presents works centering on the concept of identity and the murky waters in which fact and fiction are mixed to allow propositions and experiments for new identities to emerge. The exhibited artists posit questions of subjectivity in a range of media, evincing the possibility of a realm in which reality can be both evaded and even submerged. The “bottom of the pool” can be likened to what critic Northrop Fry termed as the “green world”—a more loosely structured, illusory realm in which protagonists can subvert the confining codes of identity of the “real world,” thus facilitating a new, more germane present.

In both his art and life, Jack Smith sought to transfuse styles, mediums, materials, and particularly bodies, transcending norms to create filmic counter-cultures. In an untitled, undated crayon drawing, Smith places two figures swinging from a vine in the center of the page. Against a kaleidoscopic jungle-like background, the two figures appear both naked and in mid-flight. Permanently suspended in a fantastical state of escape to the unknown, the flagrantly nude figures express new possibilities of an eroticism that is beyond the reach of identity and representation. Sixteen collages, photographs, and drawings conveying Smith’s unique sensibility will be on view.

In a suite of works by Lynn Hershman Leeson from 1974—78, the artist puts forth the persona of Roberta Breitmore, a fictional female identity that entered into exchange with real life. The Roberta Breitmore series was thus staged as an interactive portrait performance that anticipated the proliferation of surrogate identities and avatars that flourished in the digital era several decades later.

Rosemarie Trockel substitutes iconographic, linguistic and material transformations with the expected guises of identity and representation. Trockel has consistently resisted an explicit stylistic signature, though certain recurring themes weave throughout her oeuvre, most notably notions of female identity and the varying presence or anonymity of the artist traceable in a physical object.

Through his photographs and sculptures, Andro Wekua pieces together fragmented fictions, pictorially representing no-where worlds of mystery and intrigue. In two striking works on view, Wekua asks the viewer to consider where both individual and collective memory are born from and reside. Through collage and the layering of color, the artist forces the viewer to consider which elements of the image belong to fiction.

Elizabeth Peyton is best known for her portraits of artists, musicians, historical figures, and occasional athletes, cityscapes, and still lifes, which she renders from photographs and from life. This exhibition includes three photographs from 2014 and 2015. Peyton’s insights into historical and artistic portraiture transform her subjects into work that is both reminiscent of the everyday and beautifully transcendent.

Cameron Jamie’s practice ranges from drawings to sculptural objects to films that explore the notion of portraiture, self-representation, and collective identity. His films and sculptures are often described as a form of anthropological investigation into the way we view ourselves and the world at large. His ceramic sculptures are formed from organic and hand-molded clay, which is repeatedly fired and glazed, creating a glossed animated surface pattern of swirling lava varnishes.

The work of Marisa Merz displays an interest in flowing, organic forms, a concentration on subjectivity and the visionary, the embrace of arte povera’s “low” materials and craft techniques, emphasizing the relationship between art and life. Throughout Merz’s oeuvre, the figure of the face emerges at times in arabesque lines of graphite, or radiant gold leaf, or molded from clay. Each reveals a ghostly configuration of abstracted features that defy expressions of individual identity, fixing each form in a state of suspended time.
www.gladstonegallery.com