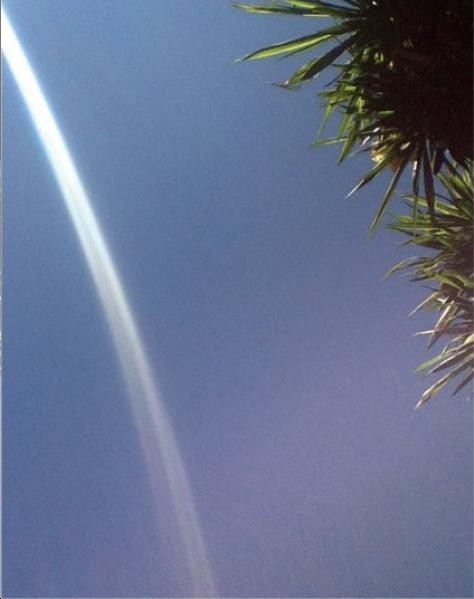 In fact I would have started this little text with an excerpt from a book I recently read, Serhij Zhadan’s collection of essays titled ‘Big Mäc’, dealing with the relation of time and landscape, which (due to the lack of time itself and its sudden volatilisation) I forgot on the table in my temporary apartment in Paris.

The title of the show refers to the phenomenon of a vanishing-point, one of possibly
several points in a two-dimensional image where lines that are parallel in the
three-dimensional source converge. It could as well be a very subjective detail of an image,
or a hypothetical point within an imaginary frame, or even a hole from an inside to an outside or vice verse, that allows an escape.

‘Fuite’ also translates from french to english as ‘leak’, a non-volitional rupture of any given surface, through where any matter can escape or ingress. In that case, the escape is always a search for the hole, the leak, the door or the next branch, that allows you a new perspective, a break-out from a predetermined grid or structure.

The small photograph ‘Point de Fuite’, which is also the image for the invitation, was made rather by coincidence in Mallorca last September. The sun-ray seems to break-out from the image, to vanish through a imaginary leak. Actually it is not existent: it is an illusion – the lens of the camera just reflected the sunlight and depictured it as something non existent.
For me, its like that in relation to the construction of images, paintings so to speak – or the painting itself. An escapism into the two-dimensional, which is always an illusive
reflection of a very intimate and personal reality. A reflection which seduces and deforms at the same time, but which stays an illusion, that bears a different face within a different light every day.

Sometimes I loose my ‘Point de Fuite’ in my very own landscape and seek it through my fictive finder, constructing images and windows which shift between me and my
surrounding reality, and I try to focus on a spot, a target, which is constantly volatilising, like the time on my trainride right now, like the landscape flashing by outside, becoming a sequence of coloured spots and then a line, that is searching for the exit, the hole, the rupture, the leak.