Africa and the World 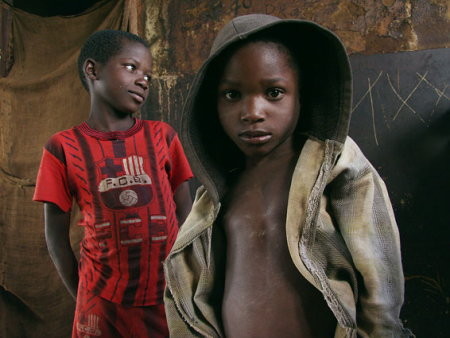 The Goodman Gallery is pleased to announce an exciting exhibition of contemporary works from or about Africa and its influence in the world. The show includes works by Rotimi Fani-Kayodé, Kendell Geers, Seydou Keita, Moshekwa Langa, Pascale Marthine Tayou, Tracey Moffat, Bernie Searle, Yinka Shonibare, David Shrigley, and Lorna Simpson, and Guy Tillim, all widely acclaimed internationally. The Goodman Gallery will concurrently be exhibiting a selection of works by the late great Walter Battiss.
As in centuries past, the affairs of Africa continue to be influenced and determined by fluctuations that are taking place on a global scale. Just as the world is moving into new manifestations of economic, socio-political, and logistical crises which affect all of us, so it is with art. African art offers a particular view of these global crises. Africa and the World plays on the parallels that exist between Africa and the rest of the world, drawing on artists’ works that are concerned with issues not only on the African continent, but reflecting how Africa fits into the world of visual language.
This group exhibition combines a series of works from around the world, which mirror the dramas currently enacted on the African continent. The late Rotimi Fani-Kayodé of Yoruba descent, deals with stereotypical perspectives of African men, through a series of erotic black and white photographs. This theme of erotic love is continued in the drawings of Pascale Marthine Tayou, a Cameroonian born artist working in Paris. His delicate drawings treat the despair and fears of what his home base endures in Africa with humour. The South African artist Moshekwa Langa who is currently living in Amsterdam, also employs a form of humour and cynicism in order to elaborate on personal trauma and to express the world he lives in as an expatriate in Europe. Africa and the World deals with a range of subjects from an exploration of societal dysfunction, through interaction of differing cultures, to the issues around women’s roles.
Fabric as a metaphor for the expression of African concerns is used in the work of Seydou Keita, dealing with grace and elegance, the crafting of textiles, and cultural fusion from which much of the world has drawn, and also by Yinka Shonibare who uses the fabric of Africa to disguise his concerns about Europe. The long term repercussions of African crises evolving from slavery and the abuse of women, are explored through the photography of the artists Tracey Moffat and Lorna Simpson. The medium of photography is further surveyed by Bernie Searle and Guy Tillim: Tillim uses his series of portraits shot in Angola to reflect concerns regarding the devastation of Africa by war and socio-economic upheaval, and its effect on the surrounding peoples, and Searle explores a more personal dislocation.
www.goodman-gallery.com