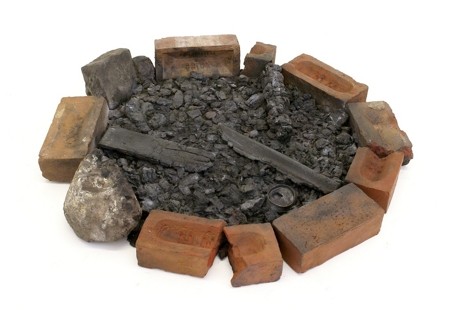 This winter the Goodman Gallery will relaunch its Parkwood space, which has been extensively reconsidered, both physically and conceptually. This launch will be initiated with a group exhibition simply titled Winter Show, featuring a range of luminary-status local and international artists. The show will not only present recent works by Goodman stalwarts such as William Kentridge, David Goldblatt, Sam Nhlengethwa and Mikhael Subotzky, but will also reveal a shift in the Gallery’s approach, showcasing work from around the Continent and beyond that is both explicitly and implicitly concerned with synergies and tensions between Africa and the rest of the globe. Some of the participating international artists, such as Ghada Amer and Hank Willis Thomas, are not only being showcased by the Goodman Gallery, but are now officially represented by us.
The Winter Show will act as a confluence of the Goodman Gallery’s top represented artists, as well as artists participating in In Context – a series of exhibitions and interventions currently taking place at Arts on Main and other venues in Johannesburg. Artists such as Jenny Holzer, Amer, Willis Thomas, Bili Bidjocka, Willem Boshoff and Kara Walker will participate in both shows, with the Winter Show presenting some of their more recent work. While In Context manifests an intimate and often candid exploration of the dynamics of the African continent, the Winter Show will offer a broader conceptual platform, covering many aspects of South African, African and global landscapes and conditions.
The Winter Show will elaborate on the thorny notion of the politics of representation, which Brenda Atkinson and Candice Breitz confronted in their 1999 collection of essays Grey Areas: Representation, Identity and Politics in Contemporary South African Art. The book was a direct response to the critique of Nigerian curator Okwui Enwezor, who was the creative director of the Second Johannesburg Biennial in 1997. At the time, Enwezor interrogated the practice of artists such as Breitz, Minnette Vári and Penny Siopis, intricately considering the question of ‘who has the right to represent whom?’ Now, over a decade later, accusations of misrepresentation have been revisited and reconsidered not only by Enwezor himself and those whose essays were included in Grey Areas, but by the art community at large. In Context magnifies these issues, while the Winter Show augments the dialogue, bringing new voices into the conversation.
Compelling features of the Winter Show include two of Walker’s 2009 films – which are based on narratives from archives of a bureau established in 1865 to assist African Americans with the transition from slavery to freedom – presenting the artist’s signature black-silhouette cut-out figures, which almost impossibly convey the complexities of race, gender, sexuality and power in their stilted and provocative movements. Jenny Holzer’s Purple Red Curve (2005) transmits a coalescence of master narratives through a curved electronic LED sign. Jeremy Wafer will create a site-specific wall drawing in the Goodman Gallery specifically for the show. Kentridge will present a series of new drawings produced this year as well as a maquette of the structure World on its Hind Legs, created in collaboration with Gerhard Marx. A large scale, steel version of this work will be launched at the Apartheid Museum on 8 July 2010 as part of In Context. The Winter Show will also feature an ongoing screening of all of the Goodman Gallery’s top art films by leading artists such as Kentridge and Vári.
The Goodman Gallery in Parkwood has undergone numerous physical transformations and now boasts a new showroom and a space dedicated to photographic works. We are in the process of establishing an art library accessible to the visiting public and will offer a range of educational art talks and events during the Winter Show.
With Goodman Gallery firmly established as a prestigious, world-class contemporary art institution, the Winter Show will reveal how the Gallery – beyond representing artists of the highest caliber – is dedicated to bringing an innovative programme of relevant and compelling international works to South Africa, offering audiences exposure to some of the best contemporary work being produced locally and abroad.
www.goodman-gallery.com