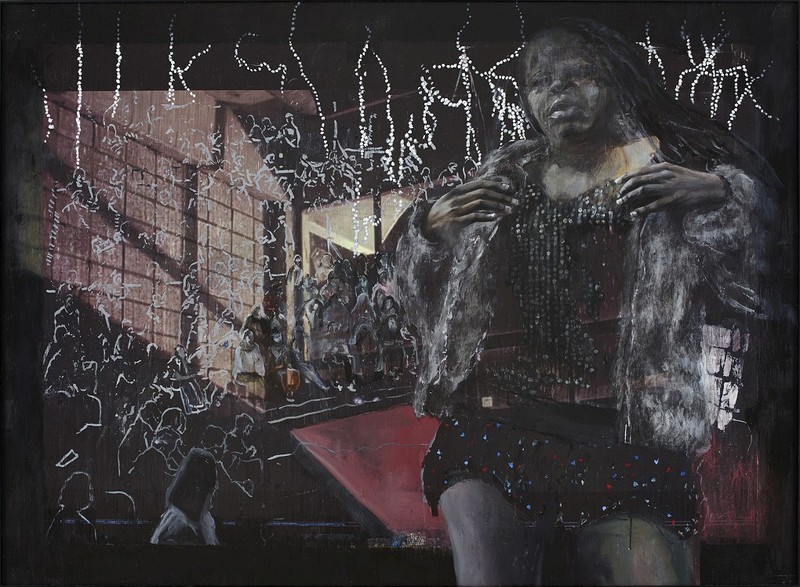 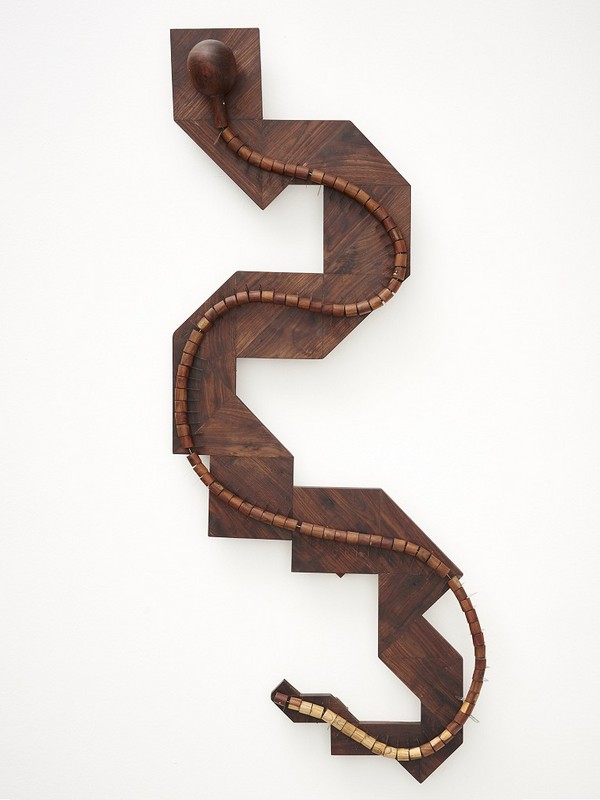 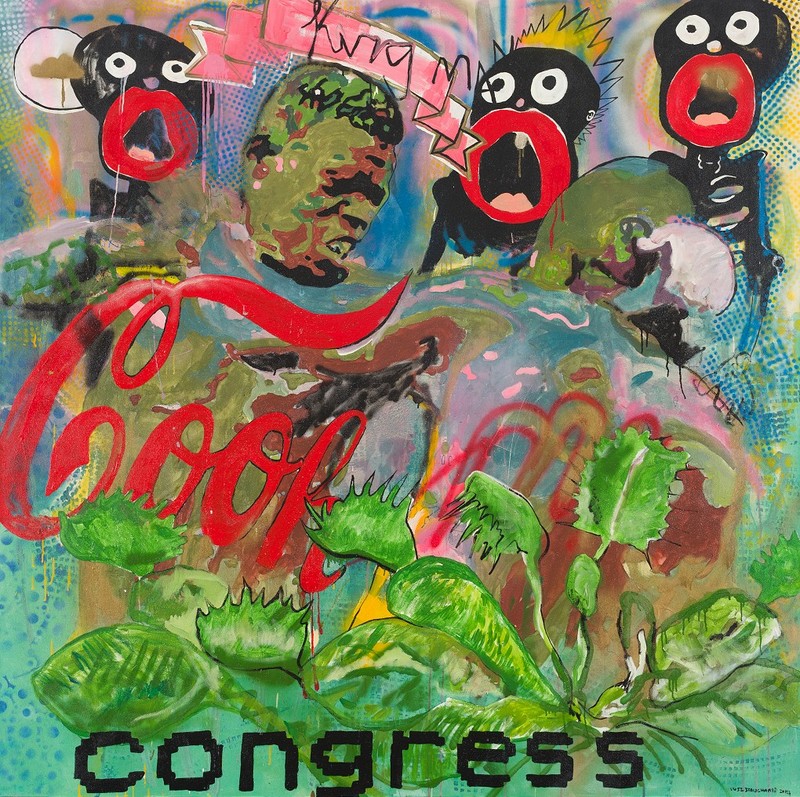 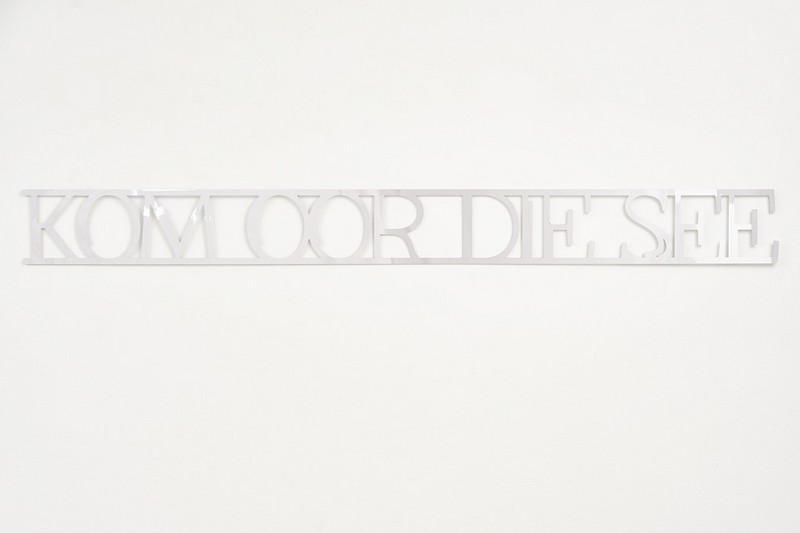 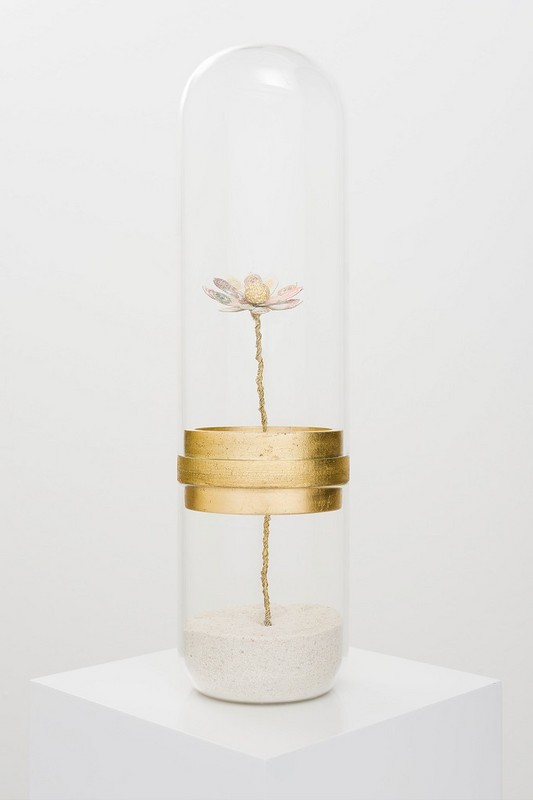 The launch of the [Working Title] 2013 catalogue will happen at The Goodman Gallery Johannesburg on 25 November, timed to coincide with the closing day [Working Title] 2014 at Goodman Gallery Cape Town.
The [Working Title] series is focused on developing work that can go beyond the run of the exhibition, and it is important that the catalogue exist in a similar way. The texts aim to extend the questions and subversions the artists provoke as opposed to just explaining and describing the works on show.
Some texts take the form of conversations – Raimi Gbadamosi and Gerald Machona discuss the role of art in representing tragedy and violence while Haroon Gunn-Salie, Simon Castets and Hans-Ulrich Obrist discuss the role of intervention and activism in Gunn-Salie’s practice.
Other contributions like Jessica Webster’s short stories, the co–authored essay by The Brother Moves On and the Frown’s manifesto of worship – are texts which exist as self referential semi fiction.
Kalia Brooks, Adjunct Professor in Photography at the Tisch School of the Arts, explores themes of control and compassion in Tegan Bristow’s interactive video work Coming and going but never leaving. Bristow herself reviews the use of digital and online media in Cuss Group’s work Untitled (Johannesburg screen saver) arguing that medium is definitive in representing the state of South Africa’s socio-political climate. In his analysis of Vinatge Cru, anthropologist and director of the LGBT rights programme at human rights watch, Graeme Reid investigates the centrality of performance to queer visibility in South Africa. Adreinne Edwards, associate curator at Performa New York writes on Nelisiwe Xaba and Mocke van Vueren’s work Uncles and Angels, understanding the work as an experimental meditation on ritual, the feminine, technology. Working Title exists as a space where relationships between the Goodman Gallery and artists, creatives and writers can be incubated.
The catalogue launch will happen alongside an exhibition which showcases works, performances and collaborations which have happened post [Working Title] 2013. Haroon Gunn-Salie, Jessica Webster and Johan Thom – all of whom have solo exhibitions next year with the Goodman Gallery – will exhibit works which are in preparation for their respective exhibitions or which have happened in association with the Goodman Gallery.
Gerald Machona, who was awarded the [Working Title] award in 2013 will exhibit a new series of ‘dictators’ headgear’ made from his trademark medium of decommissioned currency. A film made by The Brother Moves On, which focuses on the collaborative performances done since 2013 will be screened at the gallery.
The [Working Title] exhibitions are part of an initiative by the Goodman Gallery aimed at supporting young artists, curators, independent projects and major installations and performances.
[Working Title] 2014 is currently on show at The Goodman Gallery Cape Town and focuses on artists based outside of Cape Town – Johannesburg, Nigeria, Benin, France, the United Kingdom, and the United States – but whose work raises universal questions about place, justice, and individual action and responsibility, questions that resonate with a particular urgency in Cape Town in 2014.
The Goodman Gallery is proud to announce that Bogosi Sekhukhuni is this year’s recipient of the [Working Title] Prize. The [Working Title] Prize is awarded every year to an artist who has participated on the [Working Title] exhibition. The award is aimed at recognising and supporting young artists and assisting them in developing their work. The substantial prize is not confined to any one specific exhibition, and the artists may use the money awarded to further their careers in any way they deem fit. Last year’s winner was Gerald Machona, who used the prize in the realisation of his solo exhibition Vabvakure (People from Far Away), this year. Bogosi Sekhukhuni works with drawing, installation and video, and is engaged in works which allow for an exploration of the role online forums and technology play in “reimagining our identity”. His work has been shown on Hans-Ulrich Obrist and Simon Castets’ co-curated exhibition 89plus, and this year he participated in a residency at the Google Cultural Institute in Paris.
www.goodman-gallery.com