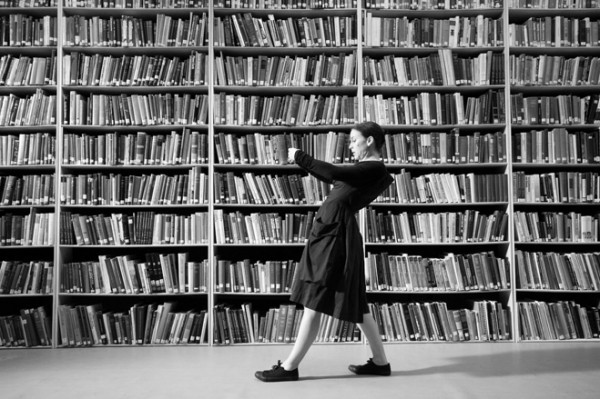 Göteborgs Konsthall’s 2011 summer exhibition is a presentation of the British artist Idris Khan, who has received much attention in recent years. It’s with great pleasure that Göteborg Konsthall , as the first institution in Sweden, gets the opportunity to present Idris Khan’s art for a wider audience.

The point of departure of Idris Khan’s art is photography, but he is constantly trying out new techniques and forms of expression in order to explore their preconditions and potentialities. Photography is always present and always in conjunction with other techniques. In addition to photography, Idris Khan works with video and sculpture, and in his current solo exhibition at Yvon Lambert in New York, he also presents drawings for the first time.

Idris Khan adds technique to technique, not in an experimental sense but rather in a deliberate attempt to find the exact material for his chosen topic or for that which interests him. There is always a clear starting-point, a significant subject which constitutes the focus for the artist’s concentrated and extremely detailed exploration. It is often about prominent literature, pieces of music or selected works from art history, including Mozart’s Requiem, Bach’s Cello Suites, Philip Glass’ Contrary Motion, the Quran, Sigmund Freud’s The Uncanny, William Turner or Caravaggio. The motif is essential in Idris Khan’s art and his choices are never random. His works address the big issues pertaining to art, time, memory and life – that which may be described as the ego’s existential system of reference in space.

Idris Khan deals with the monumental and the impossible, that which occasionally possesses all the presupposed characteristics of the sublime, in an attempt to appropriate it and reach some kind of understanding. In Khan’s images, sculptures and videos, repetitive actions take place in which the memory of the preceding event lingers on and actively affects the following one. An image, a sculpture or a video is thus a concentration of similarly concentrated unique moments. The hierarchy of chronological time is dissolved and by means of a metamorphic process everything turns into a point in the present. Khan’s works create a narrative between the cosmological time’s inexorability and the ego’s lived time.

Khan employs appropriation as a method to explore the art history of which he himself is a part. Not least has he taken an interest in Minimalism. In the individual works he absorbs history at several levels at the same time. A clear example is his sculpture Listening to Glenn Gould’s Version of the Goldberg Variations while Thinking about Carl Andre, 2010, which will be exhibited at Göteborgs Konsthall. The work consists of a ca 10 metre-long steel panel, comprised of a series of 30 steel panels aligned in two rows, with the Goldberg Variations blasted into the rough surface. The sculpture’s stripped-down simplicity is reminiscent of the works of artists such as Carl Andre, Richard Serra, Robert Morrison and others. The relationship is explicit while the blasted notes add an individual narrative which is lacking in the practice of the minimalists.