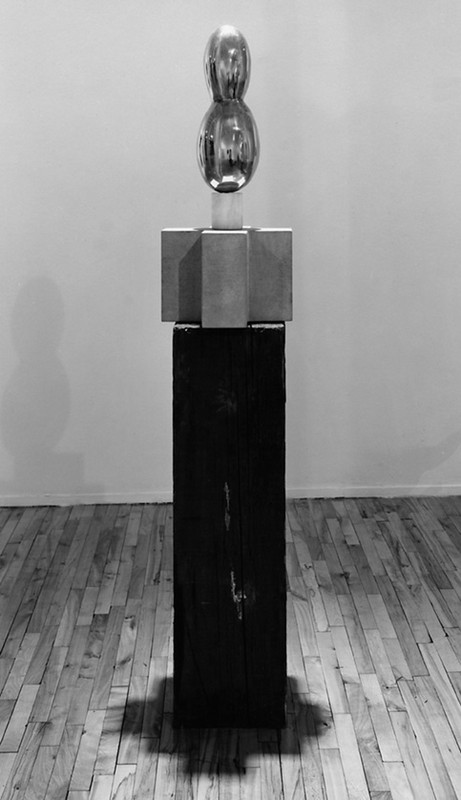 The Grazer Kunstverein’s continuous investigation into notions of social abstraction is carried further in response to the new ‘Leitmotiv’ of the steirischer herbst 2014, which questions the notion of ‘sharing’. One’s solidarity always has limits when it comes to one’s own well-being. What one reveals dependents on the context and is often disguised within an accepted form. The Grazer Kunstverein explores these ‘accepted forms’ through presenting conversations between various practitioners that each reveals a side that one is often unfamiliar with.

The main exhibition is a solo presentation of the work of artist and critic Ronald Jones (b. 1952, United States) and is curated by artist Jason Dodge and Krist Gruijthuijsen, director of the Grazer Kunstverein.

Ronald Jones gained prominence in New York during the mid-1980s by using disparate formal and minimal languages to explore history as a medium. Through juxtapositions of historical events, innovations, discoveries, violence and fear, he explores the complex interrelation of events as they define our perception of ourselves and the world often through connecting seemingly unrelated occurrences. His materials include Steven Biko’s interrogation room, the first artificial heart, collapse boards from a prison gallows, and parts of the Pan Am flight 103, which was destroyed by a terrorist attack over Lockerbie in Scotland. Jones’ works provoke the perception of minimalism and design by introducing didactic methodologies to undermine our understanding of autonomy.

An example of Jones’ unique relationship between content and form are his sculptures from 1988 that appropriate Brancusi’s sleek and elegant aesthetic, displaying sublime beauty in the form of amorphic bronze shapes poised on wooden pedestals. The historic reference is self-consciously mobilized in order to rupture high modernist legacy and any lingering effects. Jones’ forms turn out to be magnified cells related to cancer and the AIDS virus, making us hauntingly aware of the body by turning the sensual perceiver into a voyeur of death.

The reconsideration and repositioning of the political, social and economical value of ‘the object’ has become rather topical in recent contemporary art production and therefore revisiting some of Jones’ pioneer work is necessary to continue this debate.

This unique exhibition is Jones’ first since he withdrew as an artist by the mid-90’s and brings together a selection of works from the Lehmann Collection, Martin Kippenberger Collection and the Artelier Collection in Graz.

The exhibition is accompanied by a publication edited by Jason Dodge, which reflects on most of Jones’ works in a personal and unusual manner. The publication is co-published and distributed by Motto Distribution.
www.grazerkunstverein.org