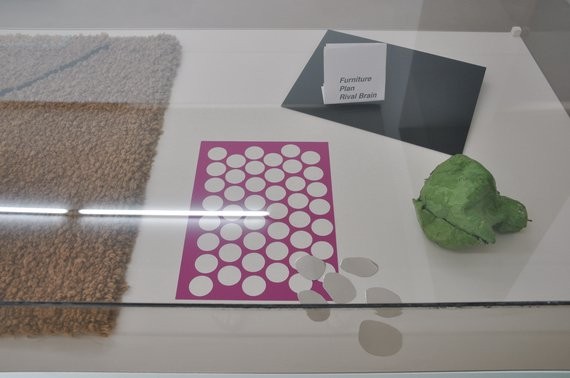 The exhibition A Wayward Punctuation presents primarily new works by the artist Ruth Buchanan (b. 1980) produced by Graz Kunstverein. It is her first exhibition in Austria. Hailing from New Zealand, she studied initially in Auckland, subsequently in Rotterdam and Maastricht.Currently she lives in Berlin.
Using methods and media such as sculpture, video, performance, language, sound, graphics and slide projection, Ruth Buchanan constructs both literary and built spaces whereby the underlying motives and questions at stake create an interplay of contingencies. At the core of the speculations conducted in these spaces are terms describing identity and the parameters of artistic action along with their historical precursors.
In the artist’s work, the syntax of these constellations appears to be determined both spatially and linguistically; conceivably a form of architecture and grammar. Through the unremitting transposition of such terms as well as concrete material and architectural relationships, Buchanan creates semantic interstices within which the existing order is tilted, favouring new relationships – possibly in order to be overridden – thereby creating the space required for new reflections on work, daily routines and emotional states.
The title of the exhibition plays on an understanding of punctuation as a method that both allows and encourages the reorganisation of interrelationships and finding of ways of expression which exist parallel to and independently of standardised and standardising formalities.
www.grazerkunstverein.org