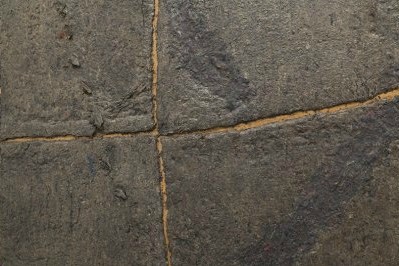 Greene Naftali is pleased to announce an exhibition of works by the influential Italian artist Gianni Colombo (1937– - 1993). This will be the artist’s first solo show in the United States.

Among the most important Italian artists of his generation, and a leading figure in the international field of kinetic art, Colombo’s work is widely known in Europe but has scarcely been exhibited in the United States. This exhibition aims to introduce the range and impact of Gianni Colombo’s pioneering practice to the American public, with a specific focus on the period from 1953 – 1975. Colombo’s relationship to conceptual art, his anticipation of early American minimalism, and his role as a precursor to Arte Povera, are highlighted. The artist Lucio Fontana was a close colleague and supporter of Colombo.

Central to the exhibition is an exemplary instance of Colombo’s acclaimed series of large-scale participatory spaces, entitled Ambienti. The Ambienti series manipulate ingrained structures of everyday life, and with them the viewer’s habitual experiences thereof. On view from the series is Bariestesia (1974 – 1975), an installation of sloping and tilting staircases. Ascending and descending Bariestesia results in a keen physical and psychological attentiveness to, and moreover a liberation from, highly practiced movements. In the words of the artist, “I’ve always sustained that my works have the character of a self-test, they weren’t made to obtain information, but to emancipate the viewer from his state of perception, making him aware of what concerned him.”

Also on view is a selection of works that demonstrate the kinetic and tactile concerns of Colombo’s earlier practice. Small-scale, uncanny ceramic sculptures dating from 1953 reflect the influence of Paul Klee. Sculptures such as the undulating Strutturazione Pulsante (1959) and the slowly rotating Spazio Elastico (1967) display Colombo’s use of mechanical rather than structural means to subvert embedded forms. Series such as Rilievi Intermutabili and Superfici in Variazione (both 1959), works that invited the intervention of the audience, represent Colombo’s early interest in the interactive and indicate a practice that would evolve into the immersive and the experiential.

Gianni Colombo founded Gruppo T in 1959, along with Giovanni Anceschi, Davide Boriani and Gabriele De Vecchi, later joined by Grazia Varisco. He received first prize for painting in the 1968 Venice Biennale for his project Spazio Elastico (Elastic Space). In the same year, he exhibited in Documenta 4. In 2009, Carolyn Christov-Bakargiev and Marco Scotini curated his first retrospective at the Castello di Rivoli.
www.greenenaftaligallery.com