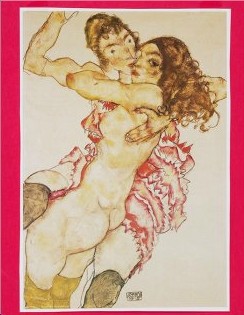 There’s a reference I can’t quite put my finger on, that I was intending. I saw when I was working on these collages and see every time I think of them a location in my hometown not far from my great-grandmother’s house on about a quarter mile strip of Tyler Street. There’s a corrugated quonset where they used to sell everything that had fallen out of yesterday’s passing train, an old 60s era office building that still houses a small petroleum company with a well-groomed yard, the train tracks where I once found a flattened-out penny, a small pasture where Leonard Dancer kept a few scraggly cows and the house where Leonard shot himself after laying out his life savings on the bed with notes saying which of his survivors received which little small stack of 20-dollar bills. All seem to be covered, here and there - the sides of the salvage building, the cattle-guard in front of the office, the corner-posts of Leonard’s barbed wire fence, the sidewalk in front of Leonard’s house, even the soles of Leonard’s shoes - with the gobby almost-molten material consistency and the bitter chemical smell of silver enamel paint....the blood, like mercury.
-Richard Hawkins

Greene Naftali is pleased to announce an exhibition by Los Angeles-based artist Richard Hawkins. This will be the artist’s third show at the gallery and follows his participation in the Whitney Biennial 2012.

The exhibition opens with a series of paintings in which candy-colored interiors have been inserted into riveted steampunk panels. Rich with layered, energetic strokes of color, Hawkins’ painted interiors have a mystifying estrangement to them, often compounded rather than alleviated by the presence of lurid, lurking young figures. The trappings of the paintings are otherwise scant and ghastly; a few smoking trashbarrels, woebegone zombies lurching past hollowed-out gloryholes evoke, overall, the strange haunted sexclubs and adult-only thrill ride worlds that often populate Hawkins’ ouvre.

Beyond the main gallery space are Hawkins’ new Ankoku series, which take poetic guidance from the scrapbooks of Japanese choreographer Tatsumi Hijikata. Hijikata, whose subversive choreography featured quivering, contorted movements and volatile forms, kept notebooks which collaged images from Western art history paired with the choreographer’s own sensual and grotesque narratives. Hawkins, too, engages in this re-reading of art history that privileges a sense of corporeal and material fragmentation- splayed carcasses painted by Bacon, the impossible angularity of Schiele’s figures, the contortionist cocoons of Klimt, and the brash, gestural incarnations of DeKooning’s Woman series – are all assimilated into this account of alteration as eroticization. As in past works by Hawkins, notably his Urbis Paganus series, research has turned into dark spiraling narratives of caustic wit and ambulating lustful celebrations of sensuality.

In a back room of the gallery Hawkins' Ankoku resource folders capture jetsam from the process of translating Hijikata's Butoh-fu and collecting images for the artist's Ankoku collages. Numbered according to the Hijikata Archive's system, the folders accumulate translation notes, working drafts, and an abundance of reference images with a viral promiscuity. In this sense they embody more of the spirit of Hijikata’s original scrapbook pages: littered, kind of haphazard and untethered queries into ranges of possibilities.

Richard Hawkins is the Fall 2012 Guna S. Mundheim Fellow in the Visual Arts at the American Academy in Berlin. Recent solo shows include Richard Hawkins—Third Mind, a mid-career survey at The Art Institute of Chicago that travelled to the Hammer Museum, Los Angeles, and Of Two Minds, Simultaneously at De Appel Center for Contemporary Art, Amsterdam. His work has been exhibited at institutions such as Museum of Fine Arts, Houston; CCS Bard Hessel Museum of Art, Annandale-on-Hudson, NY; Museum of Contemporary Art, Los Angeles; Astrup Fearnley Museum of Modern Art, Oslo: and Museum of Modern Art, New York.
www.greenenaftaligallery.com