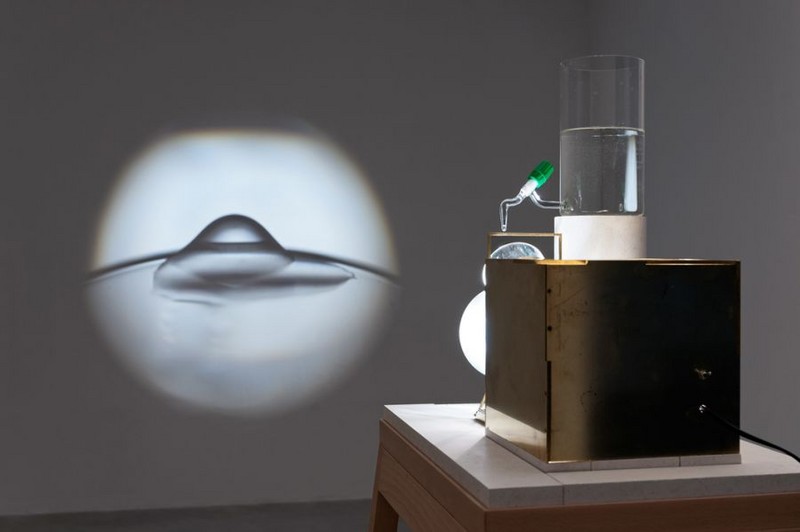 Galerija Gregor Podnar is proud to present the first exhibition of Francisco Tropa, which feature both recent and new works.

The practice of Portuguese, Lisbon-based artist Francisco Tropa serves as a perfect contemporary example of what Harald Szeemann described as an individual mythology. Tropa not only creates objects, but he also elaborates the specific constellations of reference in which they are ideally read. Despite the potentially esoteric character of the works, he is not a mystic. His complex practice, which includes sculpture, performance, photography, drawing, and printing making, is thoroughly grounded in the history of media he uses, ancient art, philosophy and literature, as well as classical themes such as the memento mori, ritual, gambling, and time. Not so much a practitioner of the contemporary, he is an artist more oriented toward quiddities and origins. He therefore seeks to understand and represent the timeless and essential qualities of art, of what makes art what it is.

For his exhibition at the Galerija, Tropa will present a series of works which revolve his on-going interest in the still life, gambling and the combined allegorical implications of the two. Featured are two 16 mm films, which depict the game-like and compositional shifting of a banal objects– bottles in one, stones in the other– recreated in bronze. The artist will also present one of his lanterns, such as in the Portuguese pavilion in Venice in 2011, which projects onto a wall a live image of a consistently falling water drop as a ancient mode of measuring time. Alongside these works, Tropa will also show a new, three part sculpture Shades (2013) as well as other works.
www.gregorpodnar.com