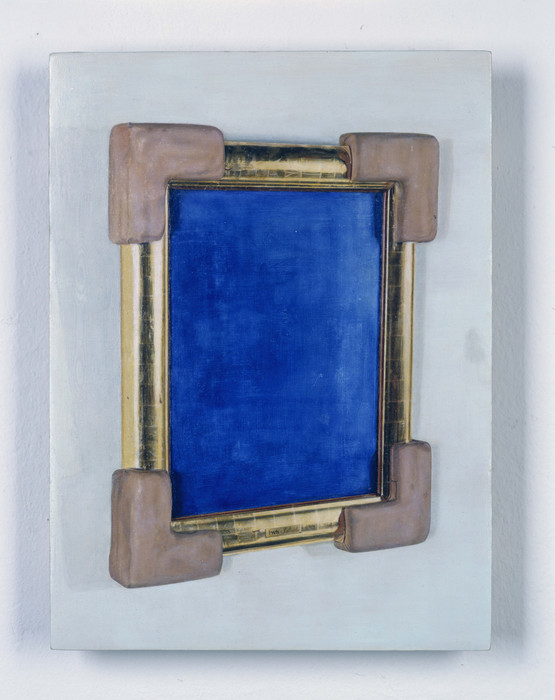 Galerija Gregor Podnar is pleased to announce Monochromes, an exhibition by the artist group Irwin.

Monochromes brings together Irwin’s latest works. On view is a new series devoted to monochromatic painting, which over the past four years has been the focus of the group’s research.
Since the mid-eighties, Irwin has been working in a wide range of media, from painting to “public art,” from sculpture and installations to book publishing. In accordance with their “retro-principle” method, the group combines motifs and signs from historical political and artistic movements and transforms them in the visual field in ways that recontextualize and deconstruct different political and cultural ideologies. With the exhibition Monochromes, the group only appears to be moving away from visible references to artistic and political ideologies; in fact, the referencing of “pure,” abstract art is, above all, a commentary on the history of modernism with all its disjunctures and conflictual potential, as well as, of course, a way of receiving modernist principles, and Irwin’s own recent history, in the present time.

From the perspective of art history, monochromatic painting has appeared in a variety of different contexts in modernism. The common element was the treatment of images as the objects of an understanding in which painting was most often viewed as research into optical and psychophysical phenomena. Monochromism appears in the first decade of the twentieth century in the works of Kazimir Malevich and Aleksandr Rodchenko as the negation of the aesthetic understanding of painting; later, it appears, in less radical but no less spiritualized forms, in the work of Yves Klein, not to mention the broader tradition of abstract painting from Piet Mondrian, Josef Albers, and Ad Reinhardt to Frank Stella and Barnett Newman and other European and American abstractionists.

Irwin’s new monochromatic works reflect the group’s unending research into the boundaries of painting – research that can be described in the group’s own borrowed paraphrase: “Was ist Kunst?” The exhibition presents works that express, through the eyes of each member of the five-person group, conceptually varied responses to the question of monochromy.

Irwin lives and works in Ljubljana. They have taken part in many major international shows, including the 9th Istanbul Biennial (2005), the 50th Venice Biennial (2003), and Manifesta 1 in Rotterdam (1996), as well as, more recently, the shows Eye on Europe at the Museum of Modern Art in New York (2006), and Das Schwarze Quadrat: Hommage an Malewitsch at the Hamburger Kunsthalle (2007).

For more information, please contact the gallery at berlin@gregorpodnar.com