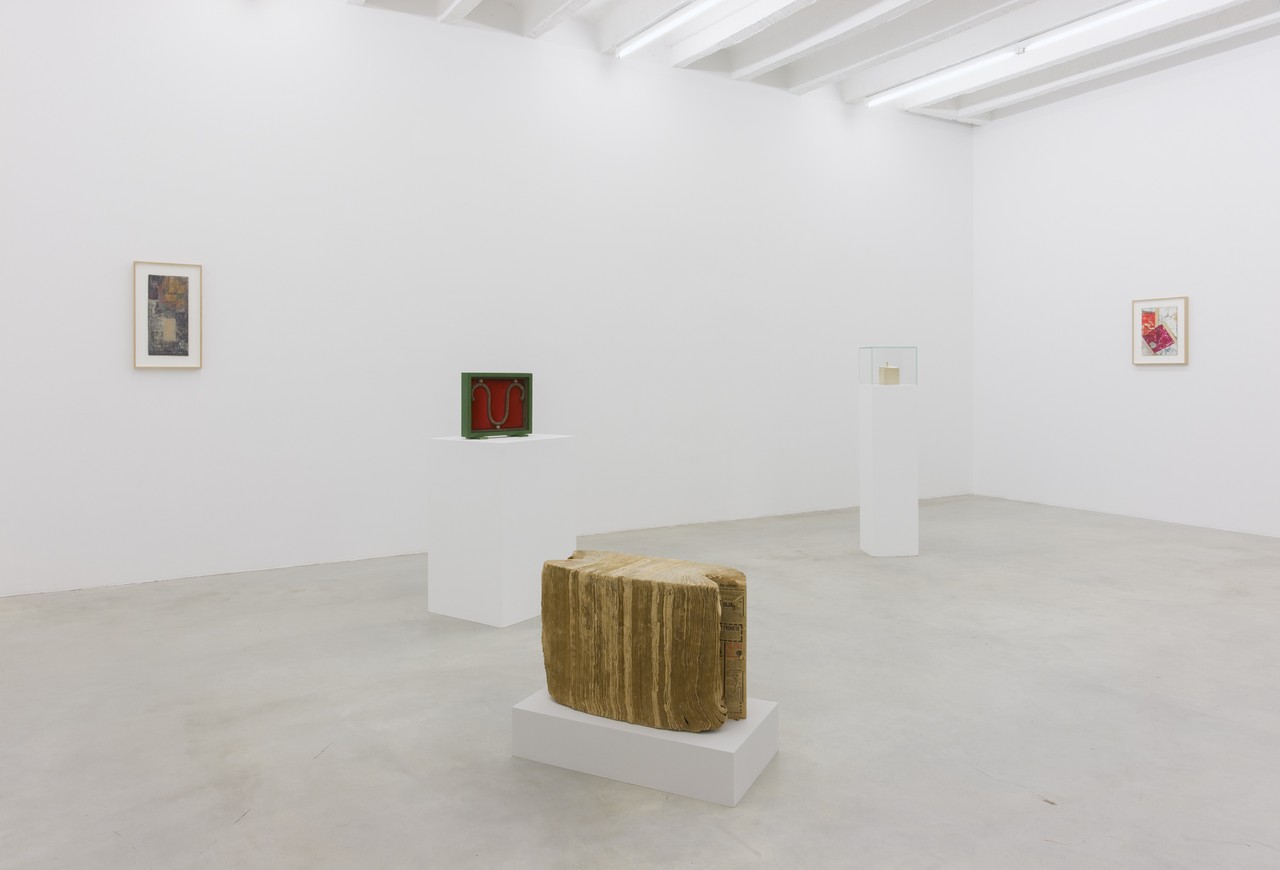 The first solo exhibition of the Croatian artist Tomislav GOTOVAC (1937 – 2010) at Galerija Gregor Podnar presents a selection of the artist’s activity in various mediums. He began his career in 1960 with photographic works and then moved on to produce films, collages, performances and objects. As the author of numerous experimental-documentary films and radical body-art works, Gotovac is a long-time undervalued figure in European post-war avant-garde and a predecessor of the structural and experimental film movement in the 1960s.

The exhibition focuses on three films: Circle [Jutkevič – Count], 1964; Glenn Miller 1 [High School Playground 1], 1977; Glenn Miller 2000, 2000 as outstanding examples in his entire oeuvre. Each film is structured in a circular form representing his carefully planned concept, while visible images are left to chance. Characteristic in his artistic process, he selects one cinematic form and gives it prominence, while neutralising the others. The structural planning of Gotovac’s films is not intended to amaze us with its complexity and novelty, but to encourage the unforeseen, to provoke the coincidence. The form of the film is crucial, the content peripheral. Although these three films can be viewed as sequels of the same concept, each of them is carefully elaborated, unique masterpiece.

Along with the films Circles also shows selected photographs, collages, drawings and objects that directly demonstrate the complex layering of Gotovac’s artistic pratice. He never made any distinction based on the medium. When he couldn’t make films, he made photographs. When he found beauty in everyday objects, he produced exceptional collages or just arranged simple materials into exquisite objects and sculptures. Or even took traces of the cities in which he lived or worked.

Realisation of the exhibition in collaboration with Tomislav Gotovac Institute, Zagreb
www.gregorpodnar.com