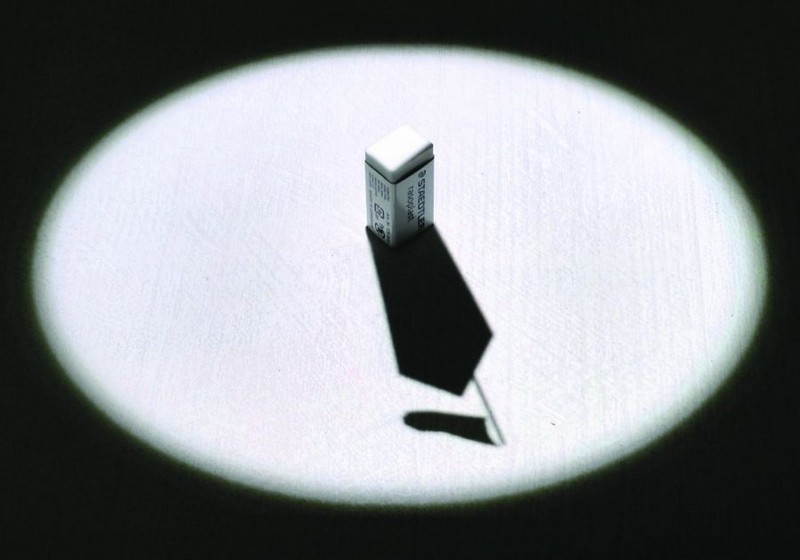 Galerija Gregor Podnar/ DUM Association of Artists is pleased to announce Light Matters 2/3, a solo show by the artist Vadim Fiškin, at our Project Space at Kolodvorska 6, Ljubljana.

The work of Vadim Fiškin communicates the relations between science, personal experience, desire and imagination, metaphysics and pragmatism, and artificial and real. The artist's main area of investigation is science. Focusing on its study methods and use of technological advances within a merely poetic approach. Many of his installations, sculptures, photographs, and drawings that are dealing with geography, time, light, aeronautics, and meteorological phenomena, are informed by Fiškin’s particular sense of humor.

Light Matters 2/3 is a continuation of a series of exhibitions taking place prior to that in Maribor (2011) and in Berlin (2012). On the show will be presented new works of Vadim Fiškin: the light installation “miss Christmas” (2012) depicts the shadow of a palm-tree growing out of a bucket on the gallery-floor, giving a sunny-beach feeling inside the homey walls and other works that relates to similar matters.

"One imagines the ever questioning artist driving his parents, then teachers, then curators crazy with his incessant childlike asking: how does that happen, how does that work? But his often-humorous interrogation of science appears central to his practice."
(John Quin for Artreview magazine, July 2012)

Vadim Fiškin (born 1965 in Penza, USSR) lived in Moscow until 1996; he currently lives and works in Ljubljana. His work has been presented in numerous group and solo exhibitions, including at three Venice Biennials (in 1995, 2003, and 2005); the 1st Valencia Biennial; the Manifesta 1, Rotterdam; the 3rd Istanbul Biennial; and the 9th Shanghai Biennial which was taking place this year.

The project is supported by Ministry of Culture of the Republic of Slovenia, Cultural Department of the City of Ljubljana
www.gregorpodnar.com