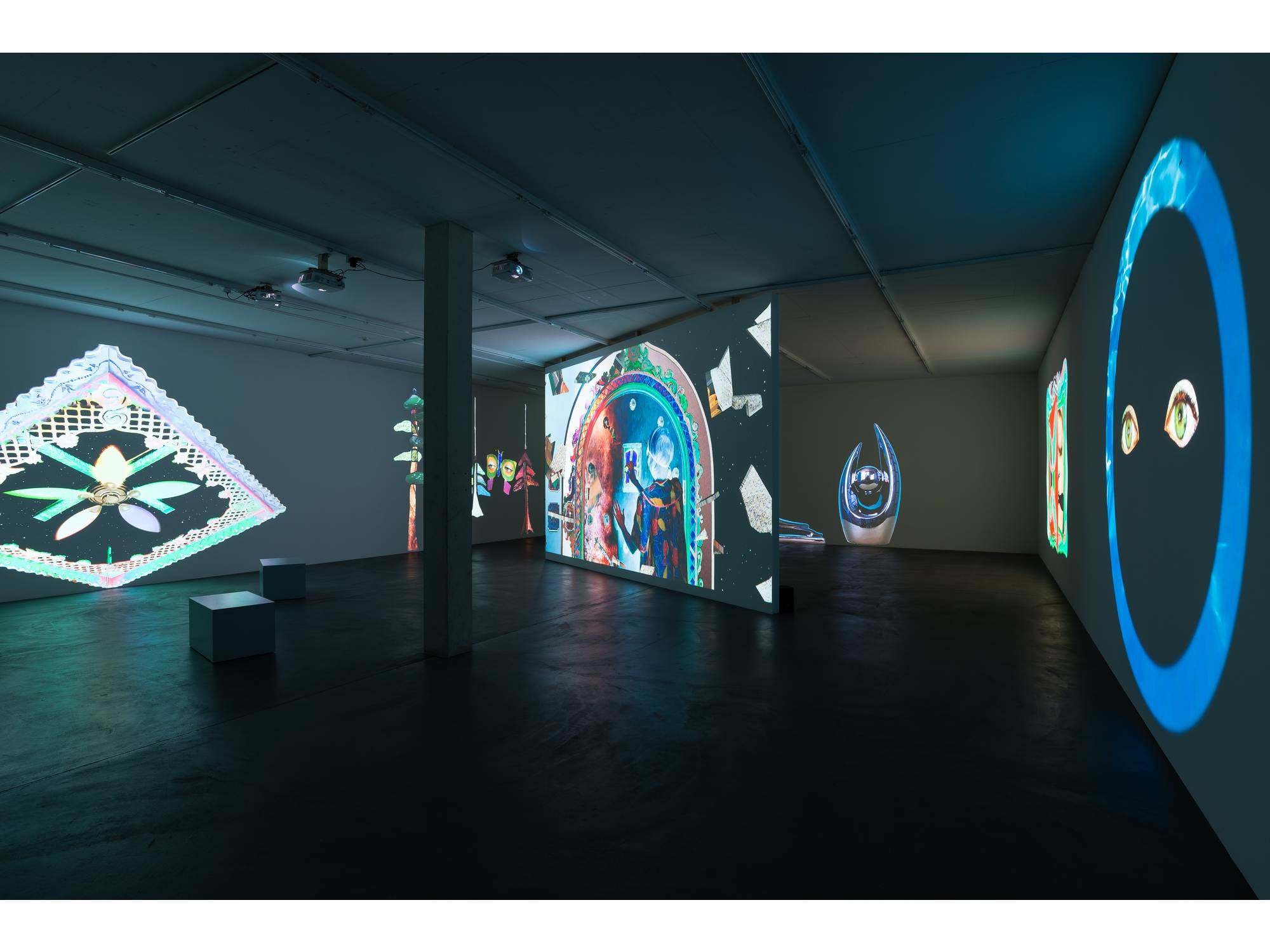 Galerie Gregor Staiger is pleased to present Whispering Pines ∞, Shana Moulton’s third solo exhibition at the gallery. At the core of the exhibition is a major video work titled Whispering Pines 10, a development from a live performance project with an original musical score and libretti written by composer Nick Hallett and performed by Daisy Press, Katie Eastburn as well as Nick Hallett himself. The one-act opera was originally staged at The Kitchen, New York in 2010 and has since then toured through The New Museum, SFMOMA, The Andy Warhol Museum and Cricoteka in Kraków. Three episodes were recently shown at Canada Gallery in New York and featured on the New Museum website as a part of ‘First Look’, a joint venture of Rhizome and the New Museum. The exhibition at Galerie Gregor Staiger will display the work in its entirety for the first time and embedded in a multi- channel video installation conceived especially for the show. The exhibition also includes a new series of works on small screens that loop short video sequences that have become iconic motifs of Moulton’s visual vocabulary.