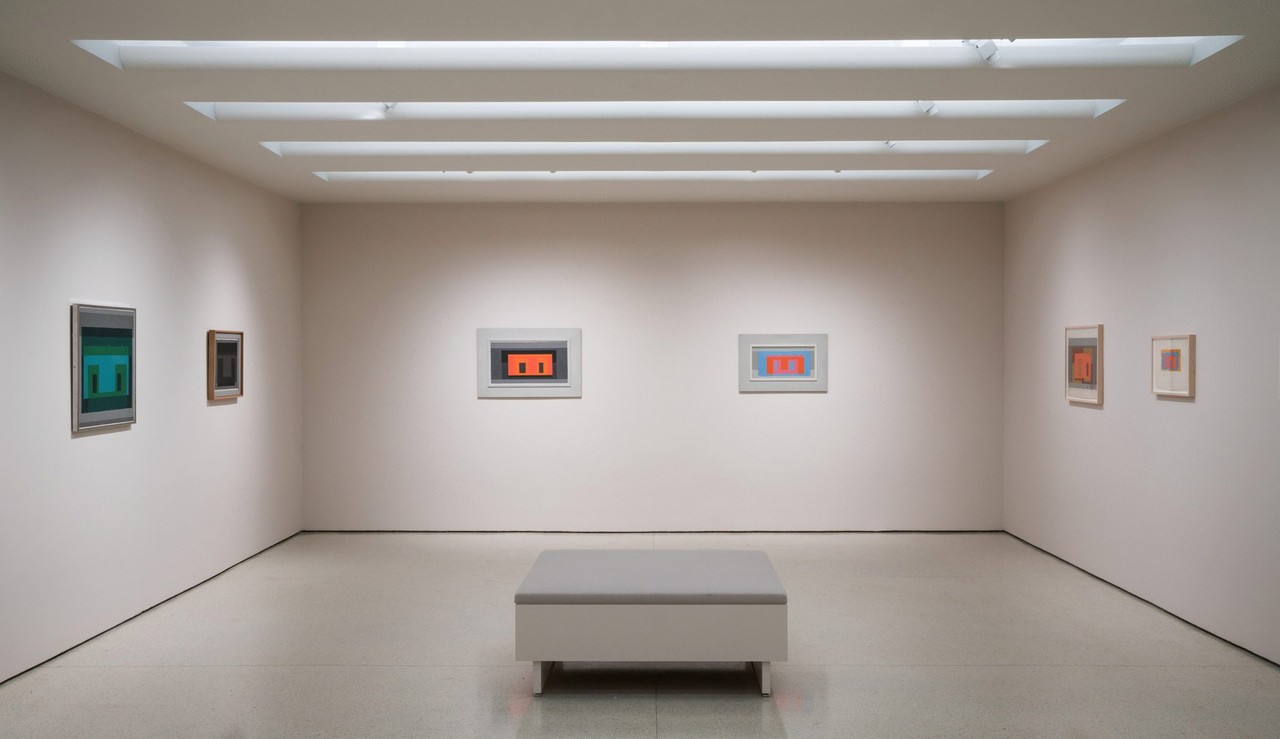 During their first visit to Mexico, in the winter of 1935–36, Josef and Anni Albers knew that they were in a “country for art like no other.” The couple returned to Mexico thirteen times by the late 1960s, developing a passion for pre-Columbian art and architecture that would influence Josef’s abstract painting and prints and fuel his innovative approach to photography.

In 1933, after the Nazis closed the Bauhaus, the German art and design school where they both were instructors, the Alberses moved to North Carolina to teach at Black Mountain College. On their frequent trips to Mexico, they drove to archaeological sites throughout the country—from Monte Albán and Teotihuacán to Uxmal and Chichén Itzá—studying the monumental constructions and amassing a large collection of sculptures and ceramics. For Josef, the complex abstract vocabulary of pre-Columbian art and architecture embodied the principles he and Anni espoused in their work and teaching. With limited knowledge of the cultures that had built the structures they admired, the Alberses celebrated those civilizations’ dynamic geometric forms and truth to materials—values the couple sought to renew in modern art and design.

Josef’s encounters with the ruins of Mexico deepened his interest in photography and advanced his experiments in abstract art. He took thousands of pictures on his travels, later combining many of these images to produce photocollages with grid-like compositions. This body of work illuminates the indelible impact Josef’s time in Mexico had on his larger practice. The heavily ornamented facades of pre-Columbian structures sparked new formal explorations, and the colors of the natural landscape and built environment informed the palette of his paintings, including his Variant/Adobe series (1946–66) and his Homages to the Square (1950–76).

This exhibition features six sites in Mexico that the artists most frequented, as evidenced by the number of photographs that Josef took at these locations and the paintings that bear their names. Even as he expressed veneration for pre-Columbian art, Josef maintained a commitment to abstraction—complicating the links between specific paintings and places. “In art, tradition is to create, not to revive,” he wrote. The works inspired by his decades of travel in Mexico reflect his deep affinities with ancient art while exemplifying a modernist ethic of rigorous experimentation in form, composition, and color theory.

Major support for Josef Albers in Mexico is provided by LLWW Foundation. Funding is also provided by the Robert Lehman Foundation, the Mex-Am Cultural Foundation, Inc., and The Mexican Cultural Institute of New York with the Consulate General of Mexico and AMEXCID.

The Leadership Committee for this exhibition is gratefully acknowledged for its generosity, with special thanks to Alice and Thomas Tisch; David Zwirner, New York/London; Lisa and John Miller; and Louisa Stude Sarofim.

The catalogue for this exhibition is supported in part by Furthermore: a program of the J. M. Kaplan Fund.
www.guggenheim.org