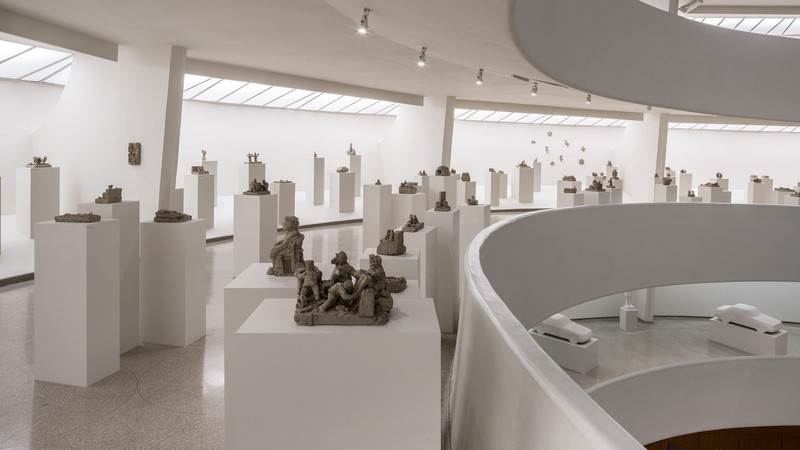 From 1979 to 2012, Swiss artists Peter Fischli (b. 1952) and David Weiss (1946–2012) collaborated on a body of work that offers a deceptively casual meditation on how we perceive everyday life. Through a witty “misuse” of cultural genres—from low-budget Hollywood movies and picture-postcard views to the art historical notion of the readymade—they transformed the ordinary into something decisively not.

Never ones to issue statements or dictate meaning, Fischli and Weiss pondered questions great and small, sometimes imitating whimsical philosophers. Perhaps in part because they were a team of two, they challenged the idea of dualism, a cornerstone of Western thought. In one way or another, everything the artists produced playfully unravels what they understood to be “popular opposites”—labor versus leisure, fiction versus reality, kitsch versus beauty, and the banal versus the sublime, among others. Fischli and Weiss undid false divisions with the conviction that bewilderment itself might be a desirable state. They aimed to confuse hierarchies and values by creating systems doomed to fail and found beauty in states of imminent collapse.