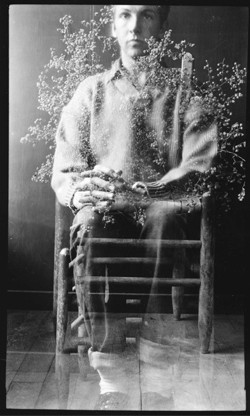 Robert Rauschenberg, perhaps the greatest American artist of the second half of the twentieth century and a man of tremendous spirit and generosity, passed away on May 12, 2008. In memory of this remarkably gifted artist, Rauschenberg’s family presents this photographic tribute to his life. Visitors are invited to participate in the artist’s favorite activity—collaboration—by contributing their own Rauschenberg-related photos, encounters, remembrances, or other relevant anecdotes, which will be posted on the gallery’s “muse wall,” thus becoming part of the album of the artist’s life. In addition, the Robert Rauschenberg Memorial Blog provides another venue for viewers to share their thoughts about this great artist.

Rauschenberg was the defining force in contemporary art for nearly sixty years, creating art in a range of materials, media, and techniques. For him, painting entailed not only using a brush, but also silkscreening, collaging, transferring, and imprinting on materials ranging from canvas, board, silk, and nylon, to sheet metal, Plexiglas, plaster, and paper. He has been called a forerunner of virtually every postwar American art movement since Abstract Expressionism, remaining, however, fiercely independent from any particular affiliation throughout his protean life.

Rauschenberg’s reliance on a distinctly American imagery, both personal and iconic, came to exert a vigorous American presence and sensibility in the international art arena. Yet, as his career developed, he took full measure of the world. He came to incorporate images—mostly his own photographs—from around the globe into his ever-expanding repertoire, generally produced in series. Both as an artist and as a person, he knew no boundaries. His social activism embraced racial equality, anti-war efforts, ecological issues, artists’ rights, and human rights in general. Rauschenberg possessed an innate belief in philanthropy and a grand sense of goodwill. He was an artist who thought, acted, and painted globally. For over half a century, Rauschenberg produced a truly inventive art.

We will sorely miss you, Bob!
www.guggenheim.org