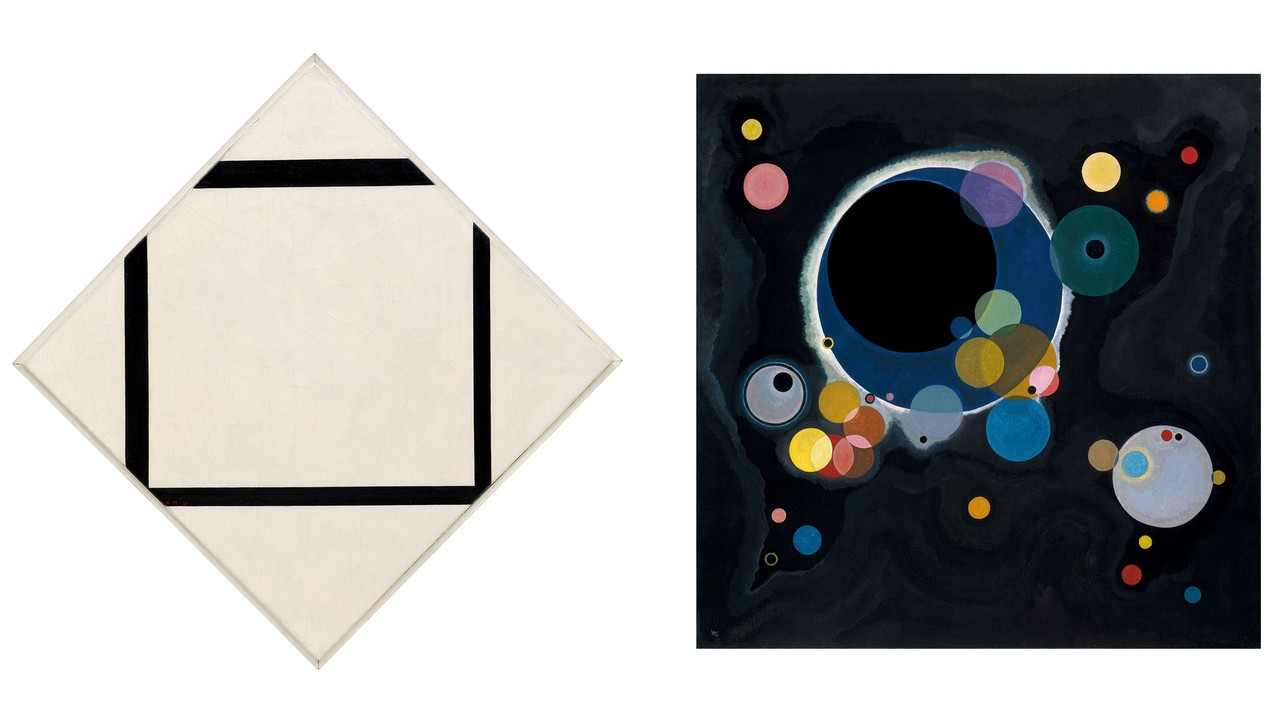 Solomon R. Guggenheim’s wholehearted embrace of modern art around the age of 68 was not so dissimilar from his philosophy for succeeding in business. He had never shied away from pioneering, or introducing novel methods, in his prosperous career as a mining industrialist. Having collected art privately since the 1890s, he was ripe for fresh inspiration when he fatefully encountered the German‐born artist Hilla Rebay and the innovations of the contemporary avant-garde. Guggenheim and Rebay were closely aligned from 1929, when they began assembling an art collection grounded in nonobjectivity—a strand of abstraction with spiritual underpinnings—until Solomon’s death 20 years later. This defining focus distinguished the eponymous foundation Guggenheim established in New York in June 1937. Two years later the Museum of Non‐Objective Painting, the forerunner of the Solomon R. Guggenheim Museum, debuted in New York.

The Guggenheim Foundation’s formative collection was shaped through major gifts and purchases from contemporaries who similarly championed radical experimentation in art. These acquisitions include a prized group of Impressionist, Post‐Impressionist, and School of Paris masterworks from Justin K. Thannhauser; the Expressionist inventory of émigré art dealer Karl Nierendorf; inimitable holdings of abstract and Surrealist painting and sculpture from self‐proclaimed “art addict” Peggy Guggenheim, Solomon’s niece; and key modernist examples from the estate of artist and curator Katherine S. Dreier, as well as from Rebay’s estate.

While each collector possessed distinctive motivations, tastes, and art-world relationships, parallels persist. They advocated for arts education and harbored ambitions for establishing cultural institutions, even those who were involved in the commercial side of the art trade. Mutual associations existed with such groundbreaking artists as Alexander Calder, Marcel Duchamp, Paul Klee, Piet Mondrian, and Pablo Picasso. Vasily Kandinsky represents a particularly critical link, and his work forms the nucleus of the Guggenheim Foundation collection today with over 150 examples assembled.

The foresight of these individuals in amassing key examples of the art of their time enables the institution to display the breadth of modernist invention, beginning with the late 19th-century avant-gardists who dispensed with academic genres and techniques in their desire to capture the essence of modern life. Stylistic advances further developed in the early decades of the 20th century—from an expressionistic use of color to the fracturing and faceting of the picture plane—as abstraction took hold. Between the 20th century’s two world wars, experimental approaches that stressed clarity and precision emerged, as well as an effort to establish a universal aesthetic language through geometric forms. Other artists attempted to give shape to the unconscious mind, exploring repressed desires and dream imagery, and practicing free association. Finally, amid the influx of European cultural émigrés from the late 1930s, daring new modes of mark making appeared in the United States. This exhibition explores nearly a century’s worth of original artistic production, from the work of Camille Pissarro to Jackson Pollock, and illuminates the visionaries—artists and patrons alike—who helped to establish the Guggenheim’s identity as a forward-looking institution.