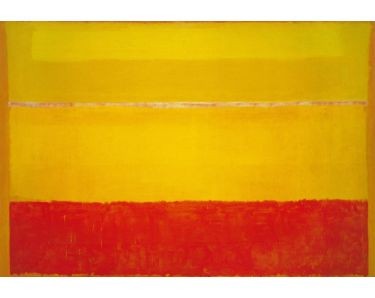 The first in a series of exhibitions scheduled to take place over the next three years which will revolve around the works in the Guggenheim Museum Bilbao Collection-currently 102 works by 62 artists-will offer an overview of the most important pieces in the Collection.

This exhibition focuses on the 1950s, 1960s, and 1970s, with the painting Untitled (1952-53) by Mark Rothko marking the chronological starting point of the Collection, and it will explore the work of the artists of the New York School, as well as the later work of American artists such as Cy Twombly, Robert Rauschenberg, and Andy Warhol in dialogue with several European contemporaries like Yves Klein, Antonio Saura and the Basque sculptors Jorge Oteiza and Eduardo Chillida. The first comprehensive book on the Guggenheim Museum Bilbao Collection will be published to mark this exhibition.
www.guggenheim-bilbao.es