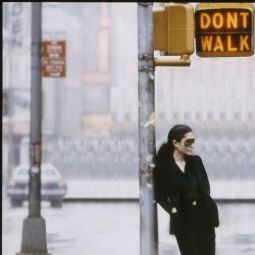 With nearly 200 pieces including installations, objects, films, drawings, photographs, text and audio pieces, and documented performances, this exhibit offers a complete vision of the multiple productions of this pioneer of conceptual and performance art. Ideas, not materials, are the main component of Yoko Ono’s work (Tokyo, 1933), which is often imbibed with social criticism. Many of these ideas are poetic, absurd and utopian, while others are specific and attainable. Some turn into objects, while others remain immaterial. The starting point for many of her pieces can be found in Yoko Ono’s Instructions—guidelines the artist developed for her viewers—which gives the audience a much more active role than they are accustomed to. The exhibition covers Ono’s entire career up to the present, from her most significant works from the 1960’s to recent installations and pieces created especially for this retrospective, with a special section dedicated to her music and film production.
www.guggenheim-bilbao.es