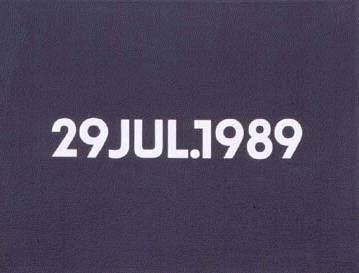 In contrast to the inaugural exhibition, which showcased an opulent selection of spectacular and frequently narrative works, »fast nichts« seeks to introduce an entirely different facet of the collection. Presenting works by Sol LeWitt, Carl Andre, Richard Serra, Bruce Nauman, Robert Smithson, Robert Barry, On Kawara, Richard Artschwager, Absalon, De Rijke/De Rooij and Toba Khedoori among others, the new exhibition centres on minimal tendencies in art after 1960. In different ways, all of the works included in the exhibition are beholden to an aesthetics of simplicity and rigour, reduction and silence. Assembled in this constellation, they reveal the wealth of experiences and insights to be found in »fast nichts« or »almost nothing«.

The exhibition is accompanied by a catalogue featuring texts by Eugen Blume, Hannes Böhringer, Susan Sontag, Gabriele Knapstein and Catherine Nichols among others, as well as an edition of the museum journal, »Museum für Gegenwart«, dedicated to the theme of »art, philosophy and politics«.